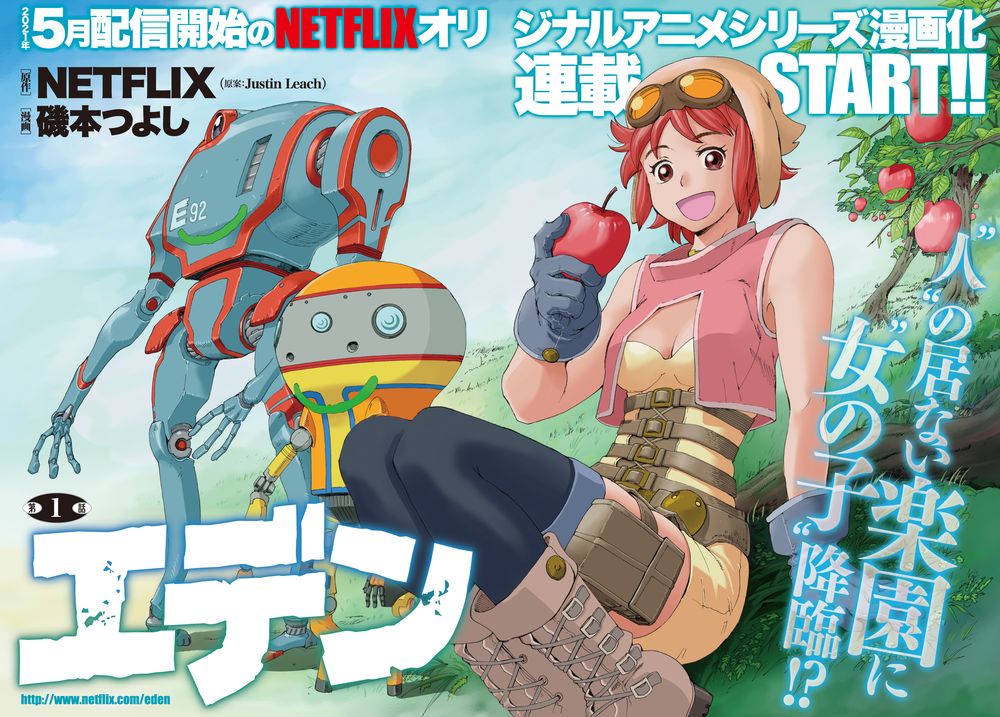 Lots and lots of manga series get adapted into anime, but you rarely see many anime-first series get adapted into a manga. This week marks the start of something even more rare. Eden, a Netflix original anime-first series will get a manga adaptation. The first chapter of the manga version of the science-fiction series began in the April edition of Young King OURs GH (Shonen Gahosha) on Tuesday.

It’s hard to say at this point if the manga will be any good (it can sometimes be hard to un-animate an anime series). However, the anime looks like it ought to be good. Netflix released a trailer for the anime back in October:

As you can see from the promo video, it’s a futuristic tale featuring Sara, a girl raised by robots. There are no humans in this robots-only paradise. Clearly, there used to be humans around, because of the apple orchard (nice Biblical reference) and other bits of ‘lost civilization’ still around. And no bonus points for guessing that Sara will want or need to find other humans, whether the robots want her to or not. 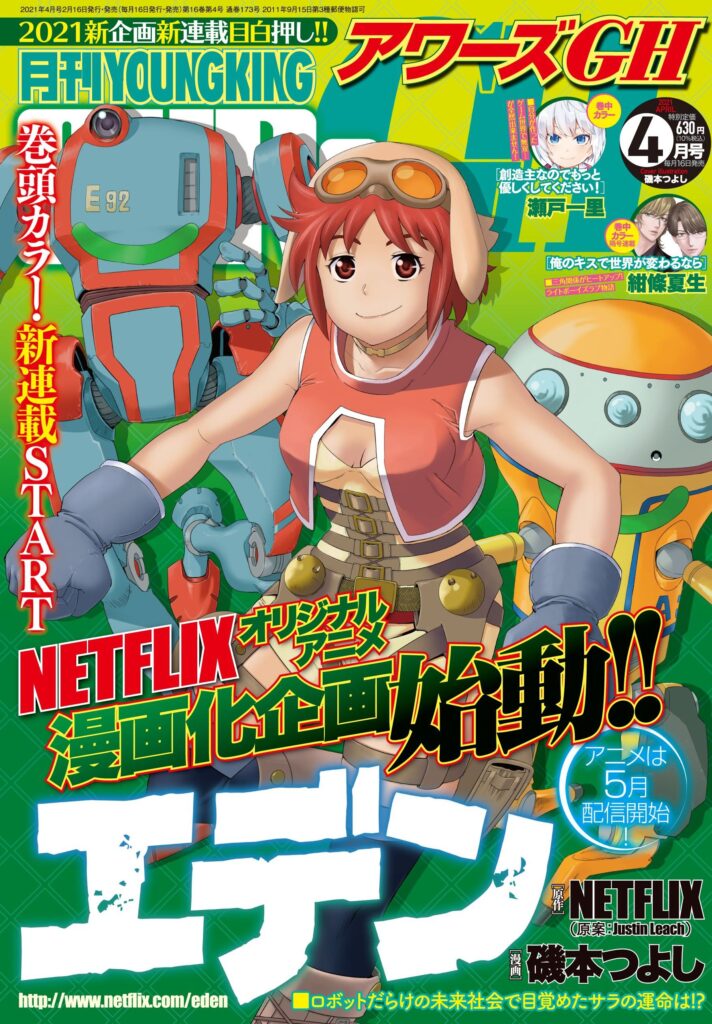 Eden Anime Comes in May

According to reports, Eden will be a four-part OVA, beginning in May. Unlike most Netflix anime, Eden is not based on a pre-existing manga, video game, or tokusatsu franchise. It’s not related to Edens Zero or Eden of the East.

The series will feature Marika Kouno as Sara (Petra Leyte in Re:Zero), Kentaro Ito as E92 (Choji in Naruto), and Kyoko Hikami as A37 (Rabi-en-Rose in Di Gi Charat). They also mention Koichi Yamadera (Zenigata in Lupin III) as Zero.

You can find Netflix’s webpage for the Eden anime here.