New AKIRA Minifigures Coming to a Capsule Machine Near You

If you’ve ever been to Japan, then you’re probably familiar with ‘gashapon’ capsule machines. For a reasonable price (usually around 300 yen), you can test your luck and receive a random prize from a pool based around a particular theme or series. They’re simple and intuitive, but also highly addictive. Fans of AKIRA should, therefore, keep their wits about them this autumn as Katsuhiro Otomo’s seminal sci-fi series hits the capsules with a new line of minifigures.

These new AKIRA minifigures belong to the manufacturer Kaiyodo’s miniQ line of products, which you’ve no doubt heard of if you’ve cranked one or two capsule machines in your lifetime. Almost everything – anime, manga, and even dinosaurs – has gotten a miniQ minifigure set, and AKIRA is no exception.

Katsuhiro Otomo’s series and Kaiyodo last crossed paths back in the early 2000s to produce a handful of minifigures for the series’ 10th anniversary, but miniQ hadn’t even been launched at that point – so these designs are getting an overhaul in light of the series turning 30 just last year.

Speaking of the designs, we got our first look at the designs for ‘set one’ of four last Friday via Kaiyodo’s official website, and they’re looking pretty impressive despite their size as they match the iconography of Otomo’s original manga quite well.

Four minifigures will be making up set one, which includes a sculpt of the wizened Takeshi using his psychic powers; Tetsuo with his bionic arm struggling to control his powers; and two sculpts of series protagonist Kaneda, one with him perched atop his iconic red motorcycle and another with him toting a gun in a direct reference to volume one of the graphic novel. 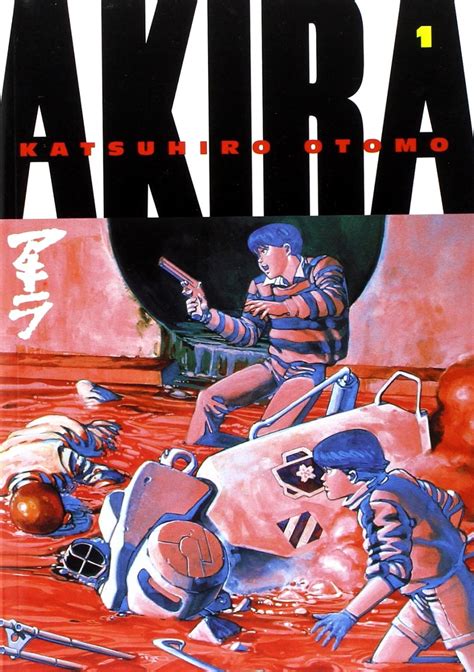 These AKIRA minifigures might be on the smaller side, but this doesn’t stop them from having a big significance. Not only is this the first time that miniQ has collaborated with Katsuhiro Otomo’s seminal sci-fi series (although Kaiyodo and AKIRA have crossed paths before), but it raises the series’ profile considerably in the aftermath of its 30th anniversary and especially ahead of the upcoming complete anime adaptation.

Don’t forget that while you and I might already be excited about this upcoming anime adaptation, many people might not be aware of its existence until marketing starts in earnest – with these minifigures certainly providing an effective way to do so.

So next time you’re wandering the streets of Japan and clock a bank of gashapon, don’t hesitate to check to see if there are any AKIRA minifigures from miniQ on offer. That being said, do be careful – many have fallen prey to those fiendish machines’ wicked ways in the past…