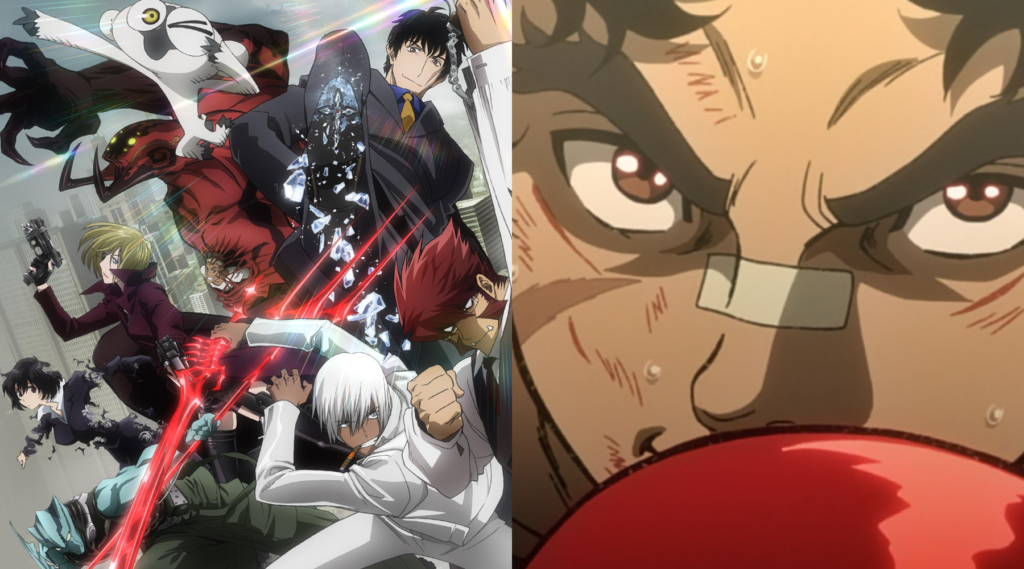 Let’s face it; The anime zeitgeist looks completely different from 10 years ago, much less 20 or 30! How much different?

We now have stories about adult junior high school students who dimension shift from another world to a town where their mom’s ‘friend got turned into a Spider.’ Perfectly sculpted men with hair colors you didn’t know previously existed that maybe sing or are detectives for some reason. Another dubious CG experiment leering onto streaming services that nobody asked for.

Old school fans might scoff at today’s offerings which resemble little of what they used to love. It is a #relatable sentiment, and that’s why we’d like to help those who’ve refused to change with the times, and recommend some works from roughly the last five years we bet they’ll still be able to enjoy.

Reminiscent of Bebop and the like, Blood Blockade Battlefront should have been a bigger hit than it was; Lovingly crafted at Studio BONES and based on a comic by Trigun’s always inventive Yasuhiro Nightow of Trigun fame, it had the raw potential to be one of those ‘more popular in the west’ shows.

We wouldn’t be writing about it or recommending it to particularly choosey old school fans years later if the end results didn’t justify it. It’s about a paranormal dimension colliding with New York City, creating new monster-filled urban life in the process, and you’ll find a lot to love in these *mostly* episodic tales.

Old school fans need no introduction to Lupin the Third. The last ten years saw the biggest resurgence of the beloved caper since the 70s, with three different TV series and a bevvy of films. As good as the rather experimental The Woman Called Fujiko Mine is, gun to our heads we’d call Lupin The Third Part V the series’ best incarnation since the very first, at least certainly the one that will appeal most to those who grew up with the gang.

Not only is it a perfect cartoon full of life and joy, it actually dares to evolve the show’s 50 years status quo. You know we’re looking forward to part 6.

Only the most old school of old school fans have probably actually watched the perennial Ashita no Joe, but its 50th-anniversary sci-fi reimagining does the original’s class-based tale justice while successfully embarking on new territory. MEGALOBOX was certainly a hit, and is enjoying a second season at the time of writing, but we’d wager most of its fans remain unaware of the original Joe.

In other words, it stands on its own two feet, and part of how it does that is by successfully modernizing an older sensibility to story-telling and losing none of the charm.

Whether you’re an old school fan who already started going down the Mobile Suit Gundam rabbithole or someone with no active interest in the franchise, we implore you to watch Gundam Thunderbolt, the December Sky movie cut in particular. It is a brutal take on what lengths soldiers will push their bodies through in meaningless war, but it is also one hell of a sensory experience.

With animation equally slick as it is gritty and set to fiery free-jazz compositions, the anime evokes mania and transcendence similar to how Akira and Ghost in the Shell‘s audio-visual melds changed us all forever.

Studio TRIGGER routinely wears their influences, namely old American comics, Tokusatsu, and Super Robots among others, but SSSS.GRIDMAN surprised even their biggest fans by opting to delve into those influences straight-faced, dropping the cartoonish charm they’ve made their name on.

This experiment originally conceived to give TRIGGER’s younger generation some hands-on experience hit highs no one expected by fuzing realistic character drama to a meta-meditation, using an Ultraman-alike and Ultraman-alike-Kaiju as a backdrop.