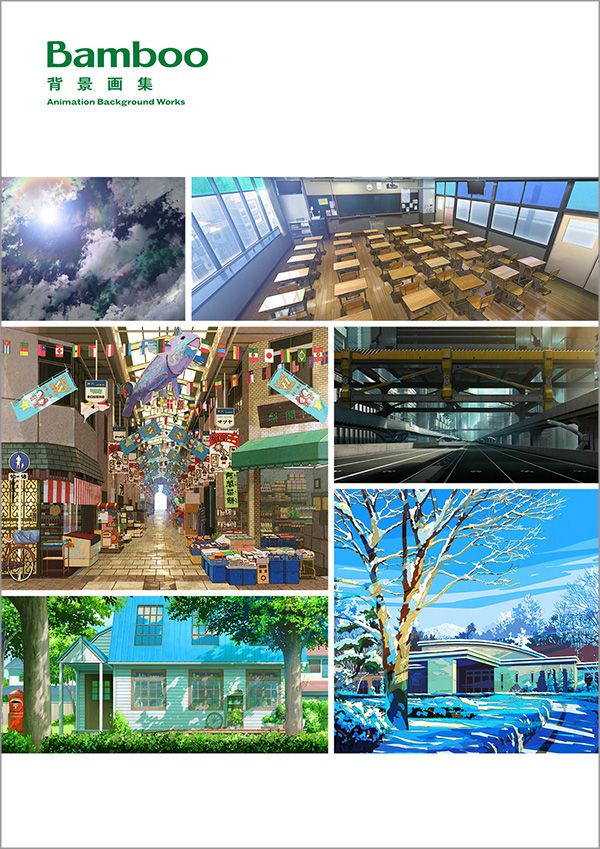 The animation background production company Bamboo has produced an art book which features 500 of their backgrounds. The book will be released on 21 May.

People don’t always pay much attention to anime backgrounds, which is a shame. In Non Non Biyori, they portray how isolated and rural the girls are. In space dramas, they can highlight the inky vastness and stark beauty of space; in Hayao Miyazaki films, they can add a lot to the magical and natural atmosphere. 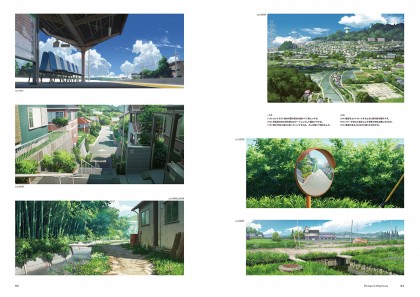 The background images in the book come from 18 anime projects in which they were involved. As shown on the book cover, a classroom looks epic. And even though there are no people in the scene, you can imagine the chaos of a typical Japanese shopping arcade. 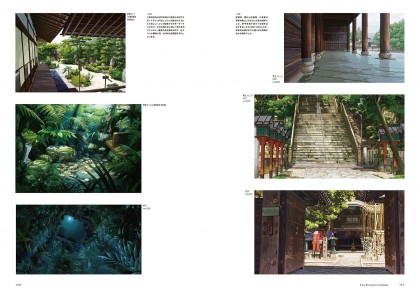 Other preview images at Amazon Japan and on the book’s webpage at BNN include:

The first part of the book is called ‘Basic’ and includes standard backgrounds. The second part is ‘Singularity,’ which features customized backgrounds for specific works. The book also includes commentary and interviews. 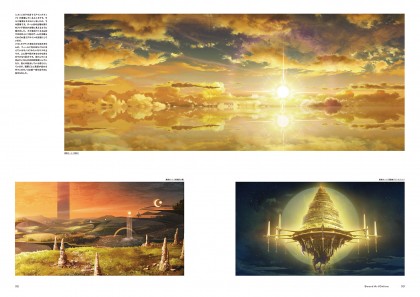 It would seem that the book can be pre-ordered outside of Japan (I can’t tell if shipping is available everywhere). It will cost 3520 yen at Amazon.