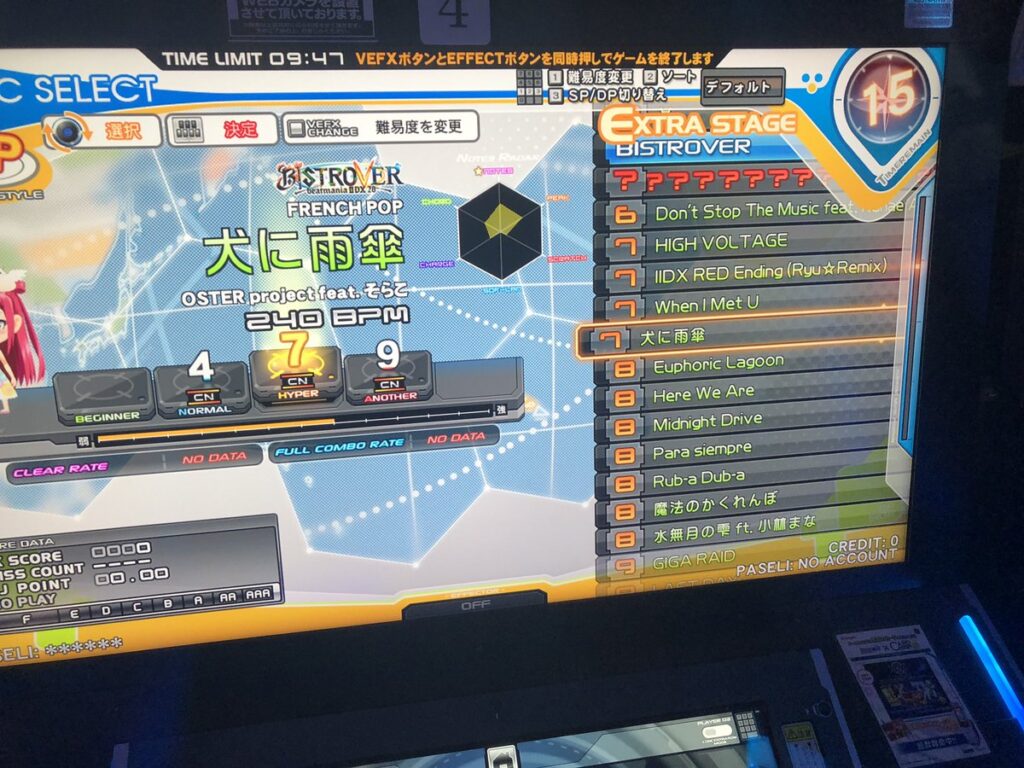 During the recent inaugural live stream of the First stage for BEMANI PRO LEAGUE, Konami announced on the official beatmania IIDX Twitter that some new content will be coming to beatmania IIDX 28 BISTROVER this Thursday, 17 June 2021.

For starters, on LIGHTNING MODEL machines exclusively, Konami will be rolling out the virtual BEMANI PRO LEAGUE battle functionality. Players will have the opportunity to choose another from any of the six teams and essentially battle them by having a special ghost that will be displayed. The available songs are also the same sets that the players play during the BEMANI PRO LEAGUE event. This will be available to access from the sub-monitor on the LIGHTNING MODEL machines. 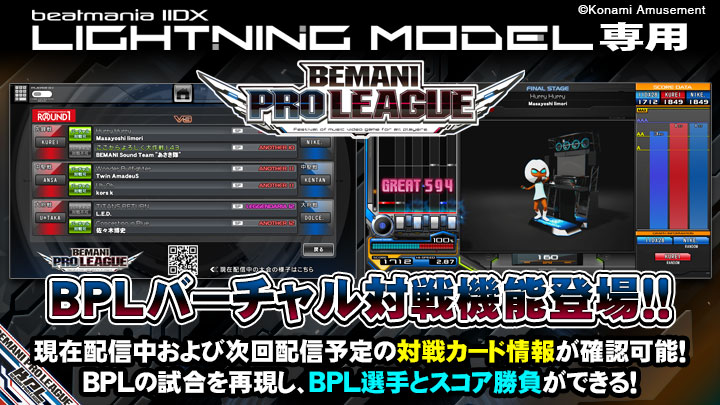 Next up, they have announced that we will be getting a new in-game event by the name of ‘WORLD TOURISM’ which plays into the entire concept of the title. It seems that there will be a number of different ‘locations’ to travel to. The first two locations are titled BPL Tourism and ULTIMATE WEAPON Tourism. If I were a betting man, I would assume that the BPL Tourism allows you to unlock the team theme songs from the BEMANI PRO LEAGUE as well as the theme song for the event and the ULTIMATE WEAPON Tourism location to allow you to unlock songs from the beatmania IIDX ULTIMATE MOBILE exclusive album, TOUHOU ULTIMATE WEAPON. 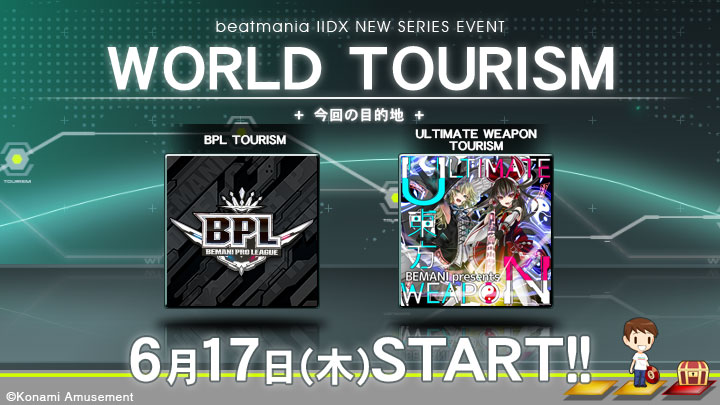 The two new modes on BISTROVER will be available starting on 17 June 2021 and look to add a bunch of content into the game. I personally think all the team songs are absolute fire, so if I’m right with my prediction, I look forward to playing them until I can’t stand them anymore.