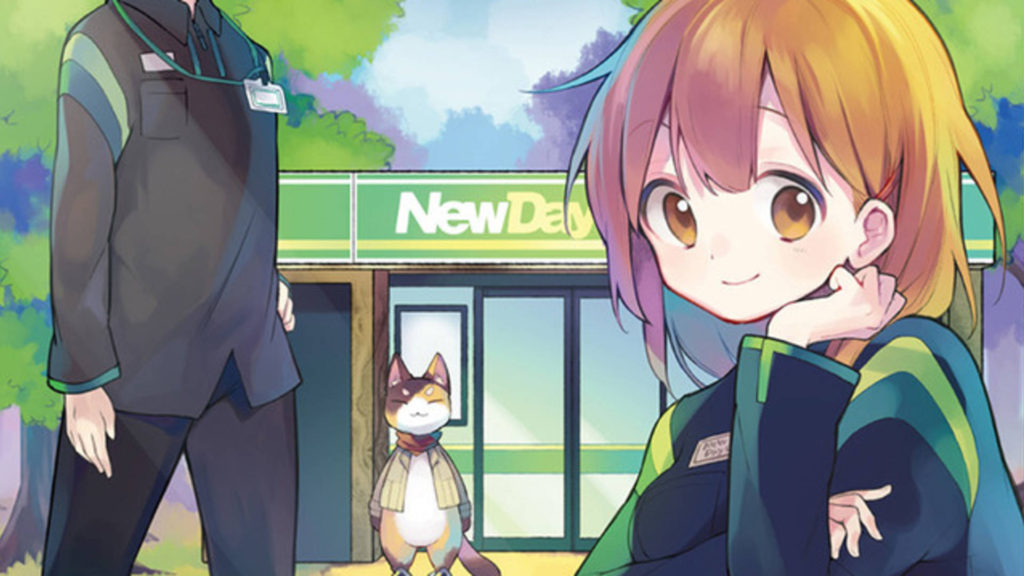 Convenience stores, commonly referred to as “conbini,” are such an essential part of modern Japanese life that it’d be difficult to imagine a society without them. Far more than just selling food and drink, you can photocopy documents, pay your bills, and even pick up packages through them – so perhaps it was only a matter of time, in light of the recent explosion in popularity of “isekai” franchises, until one manga dared ask the question – what if there was a conbini in a fantasy isekai world?
Author Hirukuma and illustrator Kiki seek to answer that question with their new series Isekai Conbini New Days. As you’d expect, the basic premise of the story is that of a conbini existing and operating in an isekai fantasy world, and deals with the various encounters with the fantasy creature customers that our two protagonists have.

This manga also features an actual conbini brand in the form of a New Days store, which while doesn’t have as much of a presence as other, bigger franchises such as Family Mart and Lawson (since it mainly operates in train stations), still adds real-life credibility to this isekai setting. This is critical since many other isekai series have tried to deliver on the same concept of customer service in an isekai world – the first that comes to mind is Restaurant in Another World – but what many of these series lacks is recognizable brands, for fear of legal action. Therefore, I have no doubt that the usage of an actual conbini chain will be beneficial for the series as a whole.

It’ll also be helpful in terms of sales, as New Days is understandably pushing the series quite heavily in its stores, as it will stock the first collected volume of the series in 295 of its stores nationwide, as well as premiere new 4 panel comics on its display screens. The series itself is currently being serialized in Square Enix’s online manga app “Manga UP!,” which you can download and use to read the manga for free online.

While illustrator Kiki is a relative newbie to the manga world as far as I can tell, the author Hirukuma already has several series under their belt with a Konosuba spin-off focusing on the side character Dust, as well as the more outlandish Reborn as a Vending Machine, Now I Wander the Dungeon, which has been picked up for English release by Yen Press. Both of these works have great humor and have generally been well received, which only gives me high hopes for this new series. With that, I’ll be sure to pick up the first volume of the series, which is on sale now, whenever I next wander into a New Days for a morning melon pan, or an evening Strong Zero.