Today, the Golden Arches announced that their new toys going into their Happy Set are going to be from everyone’s favorite time-traveling robo-cat, Doraemon.

The toys will come in two phases with phase one kicking off on 19 March 2021. The first phase will feature four toys, and the second phase which kicks off on 26 March 2021 will feature an addition four. The toys are based on the movie Doraemon: Nobita’s Little Star Wars 2021. Some toys can even connect to each other, making a diorama of sorts that can be interacted with. Definitely cool stuff going on here. 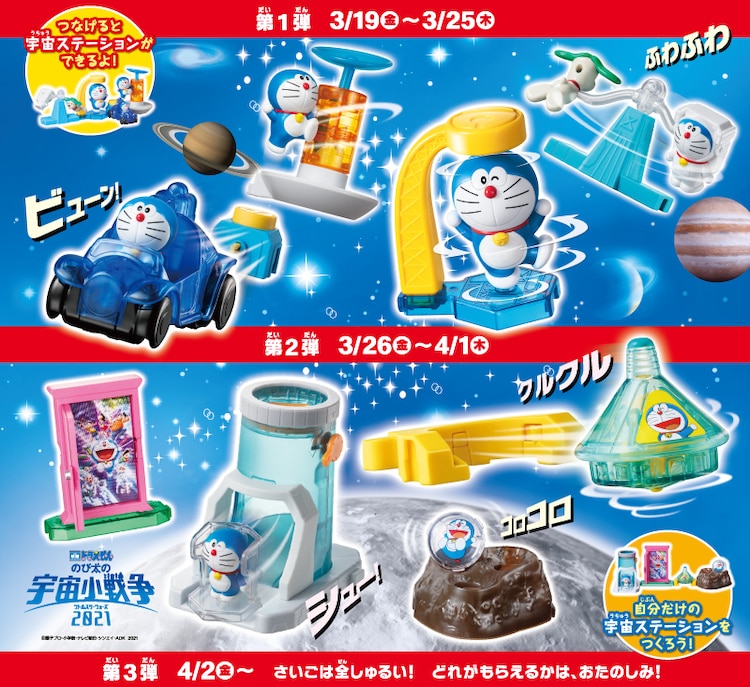 The Doraemon sets will be available at McDonald’s locations all across Japan starting on 19 March. The promotion will be running for just under two weeks, coming to a close on 1 April 2021. If you’re a fan of Doraemon and you frequent McDonald’s in Japan, this might be a set that you can try to get all the figures from. If you’re not in Japan, there is always Yahoo Auctions or eBay. There are always ways to nab these for yourself internationally.