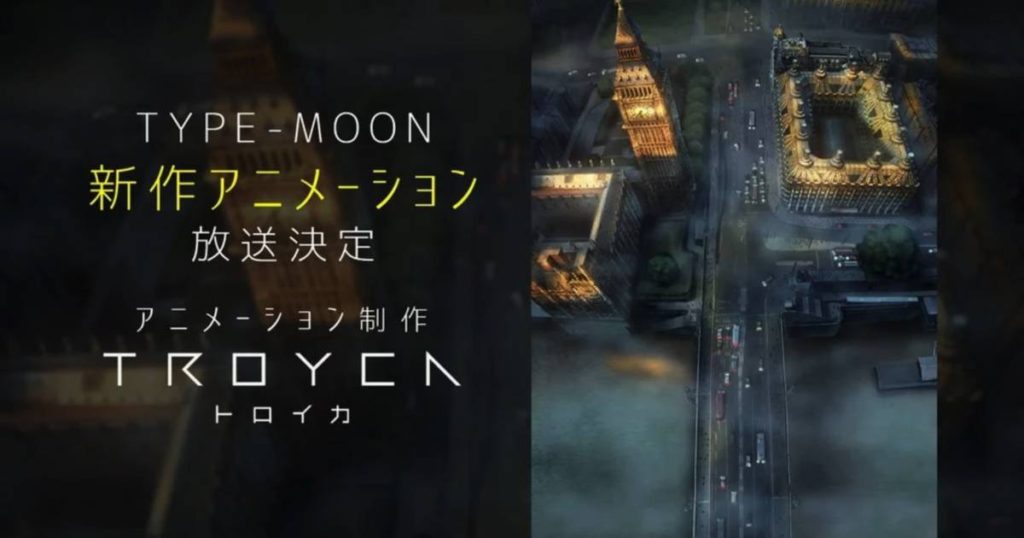 Although the Fate/Grand Order mobile game may be the golden boy of the long-running Fate franchise right now, the series has always enjoyed a generally excellent slew of anime adaptations over the years — which is why many fans were excited to hear the announcement of an all-new Fate anime during a recent informational stream on November 27.

The following key visual was shared as a way of announcement during the stream, which has many fans speculating on what the series could be:

With the structure of Big Ben and the Palace of Westminster featuring so prominently in the key visual, it seems obvious that the new anime will take place in the city of London. Coincidentally, one key Fate property that takes place in London is an ongoing light novel series centered on Lord El-Melloi II, titled Lord El-Melloi II Case Files, which follows El-Melloi and his apprentice as they investigate mysteries in the magical world. Therefore, many fans were quick to assume that this new anime would be an adaptation of that series.

Yet, it’s equally possible that the series could end up being an original work simply revolving around the city of London, and perhaps the Mages’ Association who call the city their home. TROYCA, the studio handling production for the new series, have also produced a fair few original anime over the years, such as the recent Re:CREATORS and their debut project Aldnoah.Zero. Perhaps TYPE-MOON will give them a bit more creative freedom this time – especially since the last two anime adaptations from the series didn’t go down too well, those being Fate/Apocrypha and Fate/Extra Last Encore.

Nevertheless, the new anime – whatever it may be – is set to broadcast sometime in 2019. It joins the television broadcast of the first Heaven’s Feel movie and a new, 3-hour Grand Order television special on upcoming anime projects for the series.

The Animation World of Troyca Studios