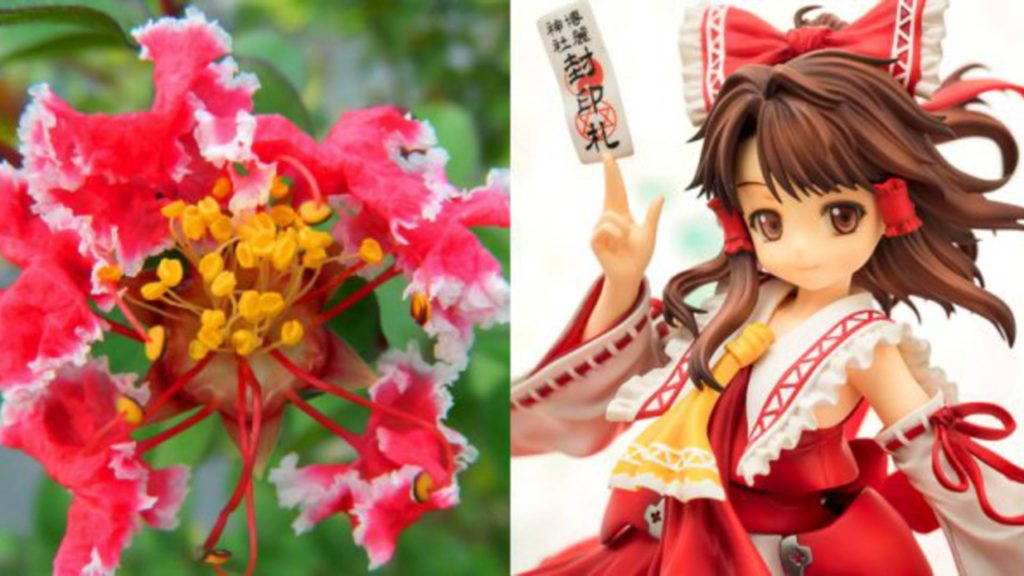 If there ever was any doubt as to the cultural significance of the Japanese doujin bullet hell shooter series Touhou, then a recently discovered flower being named after one of the main characters Hakurei Reimu will certainly dispel that. The flower was discovered by a Chinese research institute in September 2017, but the campaign to get the flower named after Reimu picked up traction on Chinese social media site Weibo around April 19 of this year.

When you look at the flower, it’s easy to see why people gravitated towards naming it after Reimu. Not only is Touhou one of the most successful and influential series in Japan, essentially kickstarting the doujin boom that continues strong even to this day, but the flower’s appearance perfectly matches Reimu’s character design. The strong red accompanied by the white on the edge of the petals match with Reimu’s own red and white-accented Miko garb. Check out the flower below: Needless to say, the head researcher was surprised to see the buzz around the flower online and was pushed to name the flower after Reimu because of this popular support. However, a junior researcher was also apparently a fan of the series and therefore pushed heavily for the flower to be named after one of his favorite series.

News about the flower has also recently crossed over into Japanese news, with many outlets admitting that it really does look like Reimu “down to a tee.” ZUN, the creator of the series, has yet to comment, but I’m sure he would be delighted to learn that his life’s worok has been recognized in the world of science.

NISA Details Their Localization Process for Danganronpa, Touhou, and More At PAX South