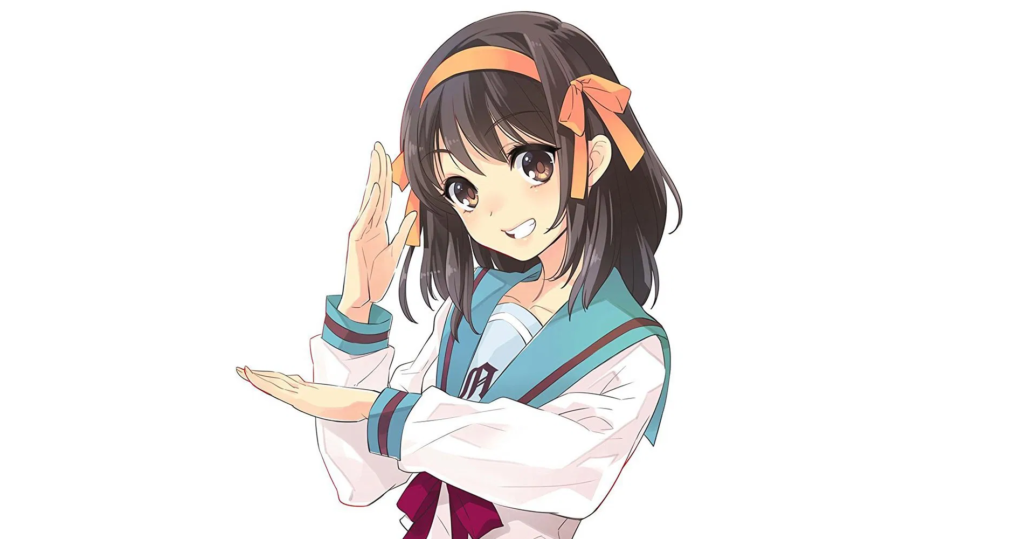 Last month we published a piece in an attempt to persuade people to check out Nagaru Tanigawa’s original The Melancholy Of Haruhi Suzumiya light novel series. While the anime was a full-blown otaku phenomenon but it ended a decade ago an extremely high note with the beloved The Disappearance Of Haruhi Suzumiya film. However, there’s still so much raw unanimated material in those light novels that are worth your time. While Tanigawa took a near decade long break from the series himself, today marks his surprising return the announcement of a brand spanking new Haruhi novel; The Intuition Of Haruhi Suzumiya. 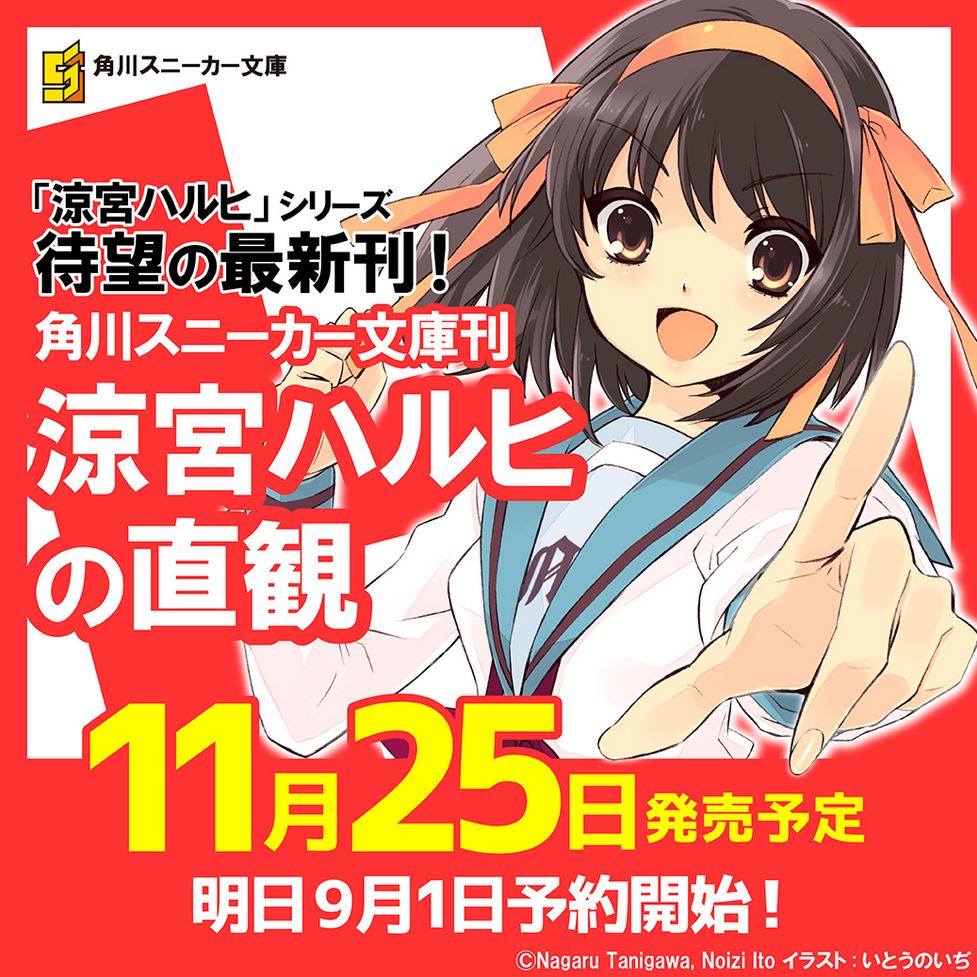 Even if you don’t read Japanese you could probably figure out that the new Haruhi novel will come out in Japan on November 25. The Intuition Of Haruhi Suzumiya, or Suzumiya Haruhi No Chokkan, will collect two stories Nagaru Tanigawa previously published in a 2018 magazine by Kadokawa and a 2013 artbook by series illustrator Noizi Ito. One entirely new story called ‘Tsuruya-san no Chousen’ or Tsuruya-san’s Challenge not previously seen anywhere will also be collected in this new volume. Yen Press has released the entirety of the light novel series in English, though some volumes are hard to find now but at least it’s all available digitally, so here’s hoping they’ll be able to print this one too.

Now if I had Haruhi Suzumiya’s reality-altering powers, I would simply will that the creation of a new Haruhi Novel would usher in a second Haruhi age. We’d get a Kyoto Animation animated Season 3 and maybe another film. It’d be unrealistic to expect this kind of push from a novel release that isn’t even entirely new, but if legacy series like Boogiepop & Others and Kino’s Journey can get new adaptations well over a decade out from their originals, something prominent like Haruhi shouldn’t be out of the question.

The latest Haruhi Novel The Intuition Of Haruhi Suzumiya will come out in Japan on November 25.