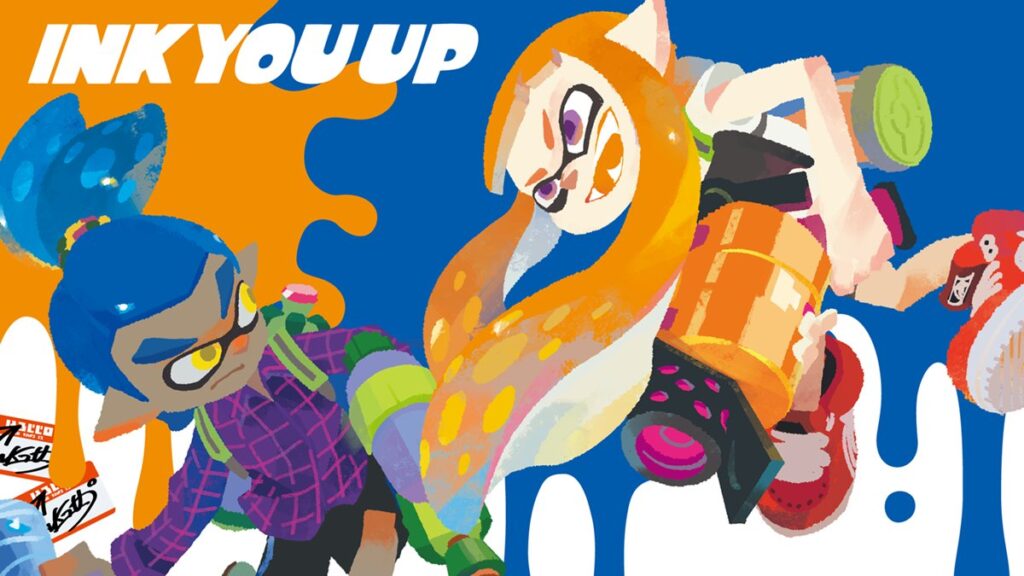 It’s been great to see Splatoon become a major Nintendo IP over the last 5 years since the first game’s release in 2015. The game was a bold new direction for Nintendo when it first released on Wii U, and even 3 years after the release of its sequel on Nintendo Switch the game continues to be supported. Beyond the games themselves, however, the heavy focus on fashion and self-expression in the game’s customization and the transformative appeal of the Inklings has made them the perfect basis for fashion and other merchandising, as shown by a brand new collection of Splatoon merchandise that’s set to be sold online and at the Nintendo Tokyo store.

Following on from previous Splatoon merchandising lines, this latest line of Nintendo Tokyo merchandise is called Ink You Up. A number of items from kids clear backpacks and pencil cases to t-shirts featuring inky designs of original artwork and the words ‘Ink You Up’, alongside hats and visors, make up the fashion portion of this collection. Although all of this clothing is available in both child and adult sizes, the target demographic of this clothing definitely skews to younger fans of the series, with the exception of the sandals which have massive dad vibes.

The non-clothing merchandise will be more appealing to a wider audience. The sports bottles I can see being very useful if you’re athletic or like to go to the gym while looking great with the Splatoon-influenced design, as will the towel which is available either on its own or with one of the bottles. The coin case is a handy item for small change that fits on a keychain. More practical items like shoeboxes for either shoes or storage, masking tape, clear files and notebooks are cheap yet useful items that really stand up thanks to featuring the Ink You Up original artwork.

And who can forget the random gacha keychains? These are available in blind bags or as a box of blind bags.

All of these items are set to be sold at the Nintendo Tokyo store in Shibuya. Alternatively, you can browse and purchase any of these Splatoon Ink You Up items (inside Japan) online on the My Nintendo Store.