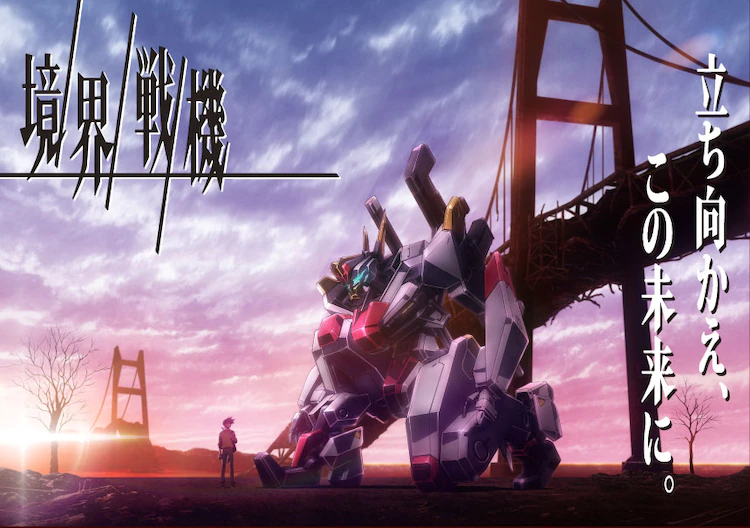 Rise and shine, mecha fans! Another giant robot show is right around the corner: Kyoukai Senki (aka War Machines on the Borderline).

Produced by Bandai Spirits and Sunrise Beyond, the collaborative anime dropped its PV today. The video showcased illustrations of its main characters Amou Shiiba and Gashin Tezuka and their respective mechs AI Gai and AMAIM Kenbu. Looking at the trailer and the information, it seems that there’s some Code Geass influence to be found here.

The show is set in a dystopian future where Japan has been taken over by a foreign superpower. Our main characters decide to rebel against the powers that be in order to free their occupied nation. If that weren’t enough, the mechs even look similar to the Knightmares that Lelouch and his Black Knights piloted to topple the Holy Britannian Empire. Kyoukai Senki is slated for a release this upcoming fall season, although no official date has been announced yet. Mech fans can expect a side-story to be serialized in Monthly Hobby Japan starting 21 July, showing off the show’s mechs. Bandai Spirits will also be releasing a line of model kits, with a 1/72 scale plastic model of AI Gai to be released alongside the anime’s fall release. You can see the figure in all of its glory in the image above and in this nifty 45-second video.