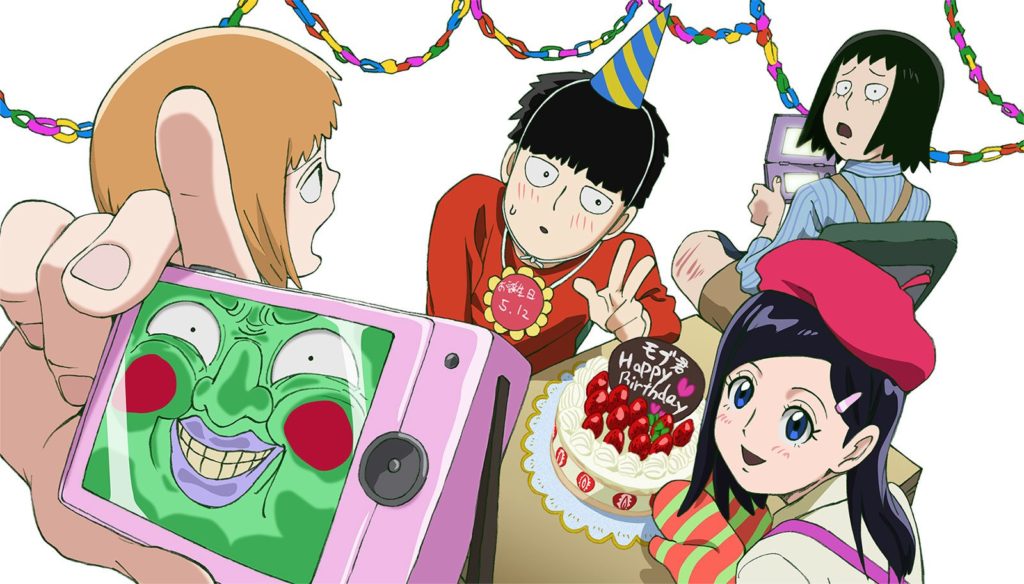 Despite being announced on April fools day, the new Mob Psycho 100 isn’t a joke. Earlier, the official anime website for the show announced that on July 7 an entirely new OVA would premiere at a fan even. What’s even more exciting, the original video animation for Mob will be planned by series creator ONE. That means while the content in the OVA will be entirely new, it’ll still have been put together by the visionary behind both this series and One Punch Man. It should be the best of both worlds. Here’s a small teaser to tide you over.

Mob Psycho 100 II has just about finished up but we don’t have to be too sad knowing there’s more on the way. The two seasons of ONE’s Mob Psycho 100 have had some of the best animation TV anime’s ever seen and Studio BONES couldn’t have gone all out for a better project. Director Yuzuru Tachikawa, who will also head the OVA, helped the world see the potential in Mob. Idiosyncratic like its bigger brother One Punch Man, which also returns this month, Mob has since stood way out from just being under its shadow.

A hokey psychic who’s not completely powerless but is the equivalent of a used car salesman works together with an all-powerful psychic genius who happens to, of course, be a middle-schooler with sub-par social skills. However, like One Punch Man, ONE’s Mob Psycho 100 can’t accurately be described by a plot summary. ‘Powerful dude punches stuff’ makes One Punch Man sound like Dragonball Z. There’s a charm, an earnestness, a love for anime and illustration that’s so vibrant in Mob that everyone who gives it a chance falls in love.

The Mob Psycho 100 II Ova, penned by ONE, will screen at a Mob Psycho fan event July 7th.

Original Anime Deca-Dence Gets New Trailer Ahead of July Premiere