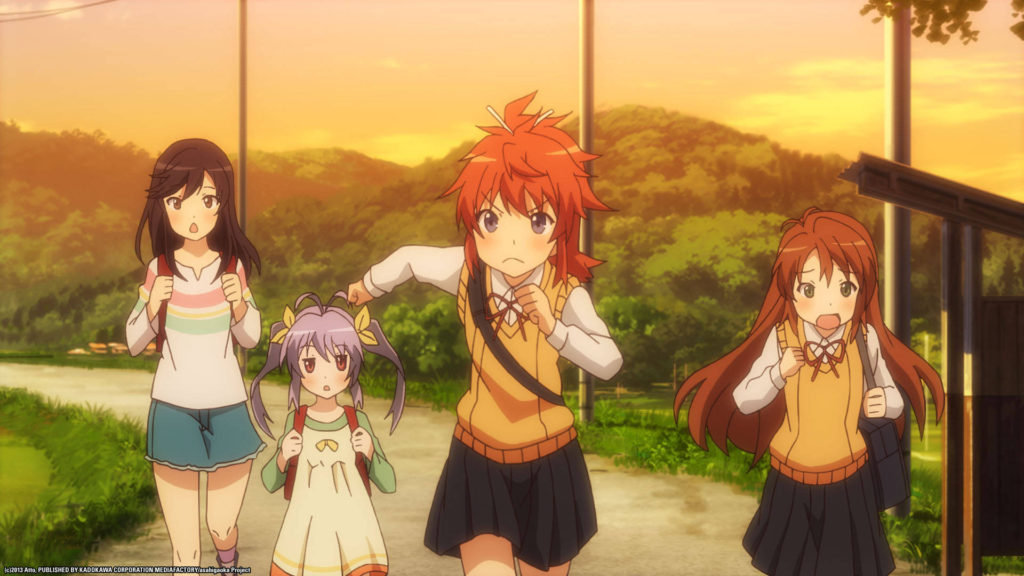 In much the same carefree way in which the characters of Non Non Biyori go about their lives in the Japanese countryside, Kadokawa have announced a brand-new anime project in the beloved feel-good series. The newly-released 11th volume of Atto’s Non Non Biyori manga came packaged with a wrap-around sleeve announcing that a new anime project is in the works. It remains to be seen whether this means a new TV-length 3rd cour, or perhaps a film project.

The anime which played an essential part in my 2013 Winter follows the life of Hotaru as she transitions from her big-city lifestyle to her new small-town setting due to her fathers work. The full synopsis of the series can be found below:

When Hotaru transfers from a school in bustling Tokyo to a tiny school in a quiet country village, she’s in for a big adjustment. Although her new school only has five students, there’s something about the laidback lifestyle that makes her feel right at home. It’s a big change from the big city, but there are still plenty of new adventures to look forward to with her quirky new friends as Hotaru learns that “home” really is where the heart is.

While there’s still much mystery surrounding the upcoming animated project, we’ll be sure to keep everyone up to date. Further information can be found via the official Non Non Biyori Twitter, here.