The second trailer for studio TRIGGER and XFLAG’s feature film Promare just dropped and it’s really bringing in the heat (no pun intended). Not only does this trailer continue to deliver on the gorgeous visuals displayed in the last one, the film’s confirmed release in May 2019 feels just around the corner now. With the addition of two new striking character designs by Shigeto Koyama, there really is a lot to be excited about.

Compared to the 30 seconds of Promare footage we got in the previous trailer, this one manages to pack in a over a minute of Promare footage. Combined with the character briefs we were given back in December, this trailer paints a much better picture of what we can expect out of the movie. We finally got our first look of what the combat will be like, with no shortage of blood pumping action shots and amazing visual composition.

One of the biggest concerns we had from the last trailer was how heavily Promare relied on callbacks to Kill la Kill and Tengan Toppa Gurren Lagann to promote itself. This new trailer avoids that problem entirely, with the focus being entirely on Promare itself rather than the rehashing prior works of duo Hiroyuki Imaishi and Kazuki Nakashima (no matter how cool those works might be). That being said, we still got treated to a pretty nifty Gurren Lagann reference in a cut of Galo where his weapon came down and inserted itself into his mech, much the same way Lagann would combine with Gurren in TTGL. 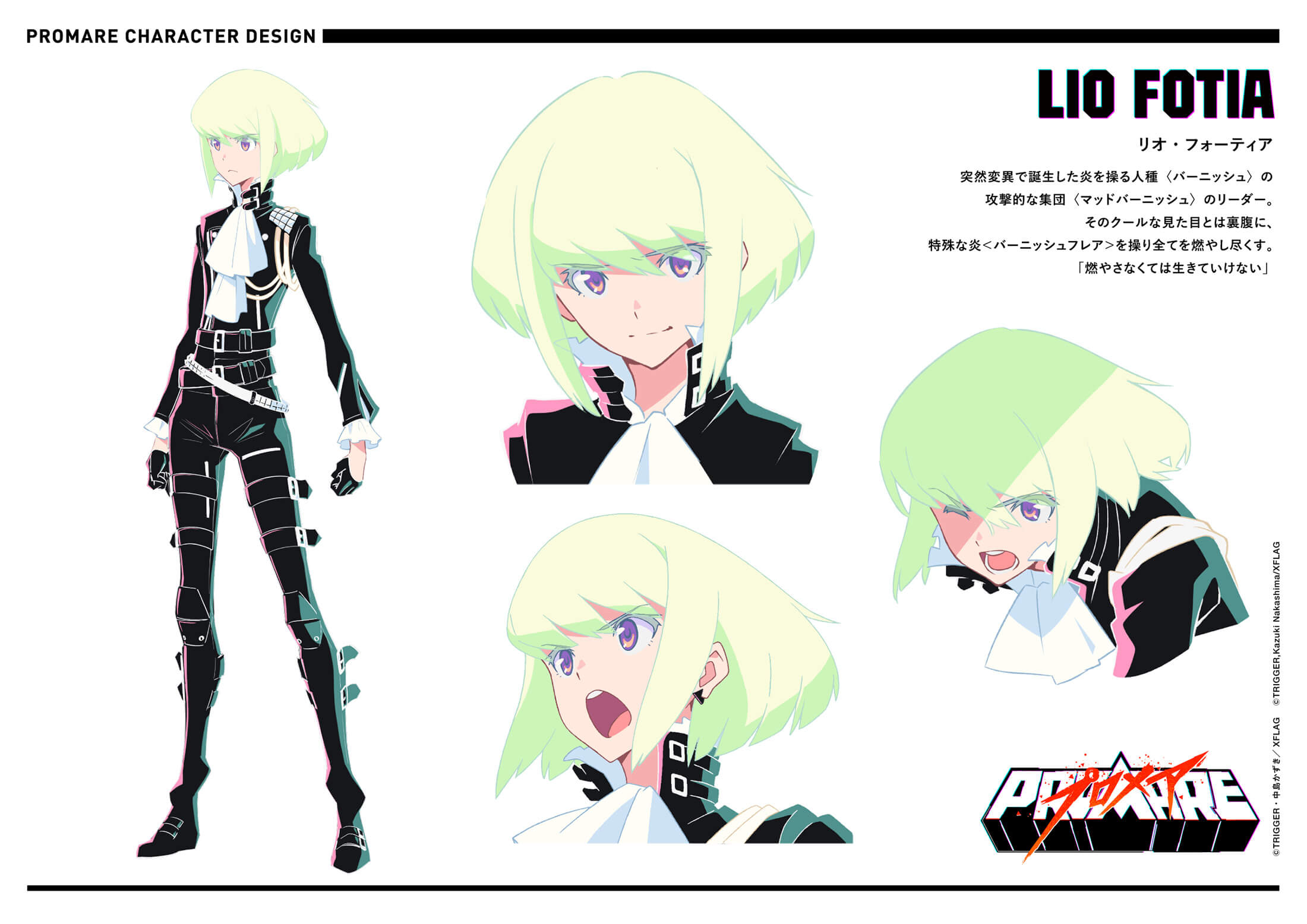 Perhaps the biggest reveal plot-related reveal were two previously unseen character designs. The first of the two, Kray Foresight, received a rather generous amount of screen time. He is a heroic figure in the world of Promare, being the one who pioneering the way to fight back against the Mad Burnish and their powerful flames. The more exciting reveal was that of Lio Fotia, who until this point we only knew as the insect-like Mad Burnish antagonist. At the very end of the trailer, we see Lio’s face through their shattered helmet, revealing the fact that they’re actually a human being in a suit rather than a scary mutant. That being said, they’re still a Burnish with the intrinsic desire to set everything into flames. 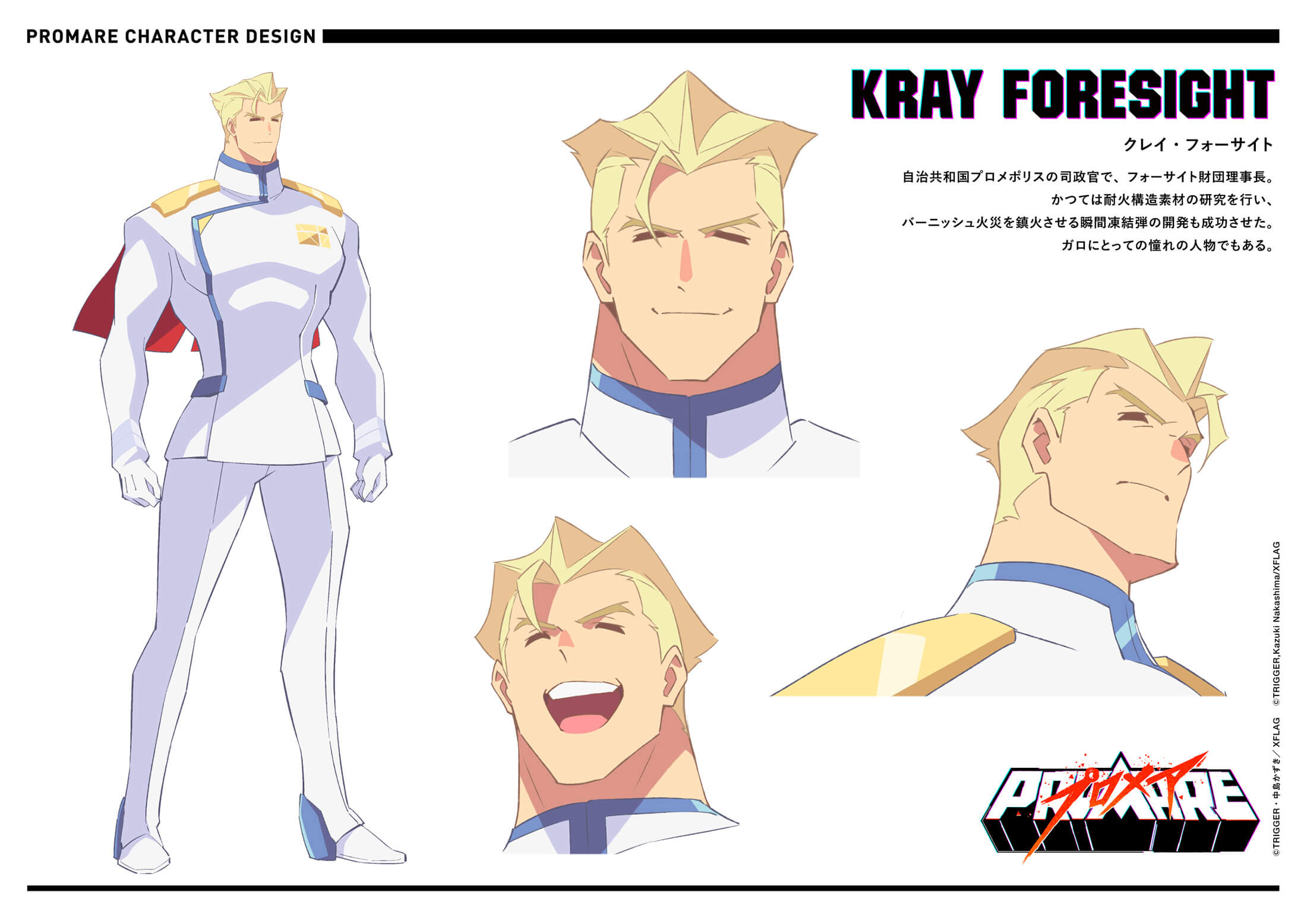 Overall, there’s a lot to be excited about for Promare. Being the first feature film of the beloved duo Hiroyuki Imaishi and Kazuki Nakashima it’s hard not to get worked up about it, and this trailer definitely reminded us how much we’re looking forward to it.