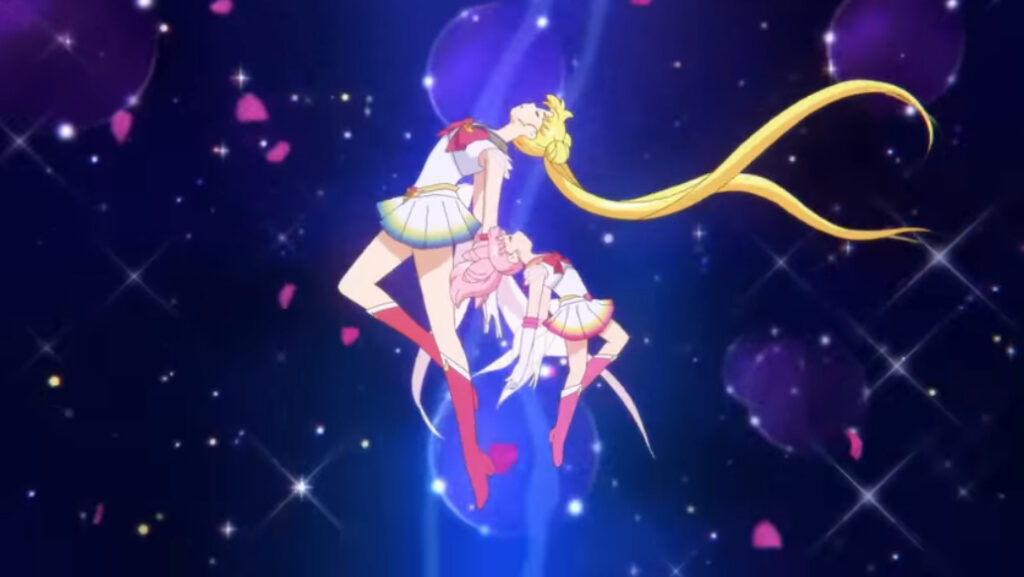 First of all, Toei revealed that actress and model Nanao will provide the voice for Queen Nehelenia in the upcoming Sailor Moon Eternal movie.

The beautiful but dark queen was the primary antagonist of season four of the original Sailor Moon anime series. (More about her below.)

Secondly, they released a minute-long movie trailer on YouTube.

The new trailer features several short clips of scenes from the movie, starting with a simultaneous transformation sequence for Sailor Moon and Chibi Moon.

The trailer includes an appearance by Helios, who sends a message: “Help me, chosen maiden. I finally found (her).”

In the original series, Helios searched for someone who could activate the Golden Crystal. He was captured by Queen Nehelenia. But as Pegasus, his spirit could communicate with Chibiusa in her dreams.

The trailer includes part of the new theme song, which was revealed last week.

Sailor Jupiter also appears to boop Makoto Kino on the nose, which is kind of cute.

Toei also revealed a new poster for the movie. You can see the poster on the front page of the Sailor Moon movie website. 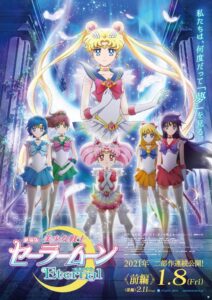 The movie will be divided into two parts, with the first half arriving on Jan. 8; the second half will be released on Feb. 11.

In the original anime series, Queen Nehelenia is the leader of the Dead Moon Circus. Her ultimate goal is to conquer the Earth and take over the Moon Kingdom.

Of course, like any good villain, she has a tragic backstory. She started out as a peaceful ruler. But then, she became obsessed with youth and beauty. Eventually, she ends up leading the Dark Moon from “behind the scenes,” so to speak.

The new films will serve as a “season four” for the recent Sailor Moon Crystal TV anime series (2014-2016), which rebooted the original series.