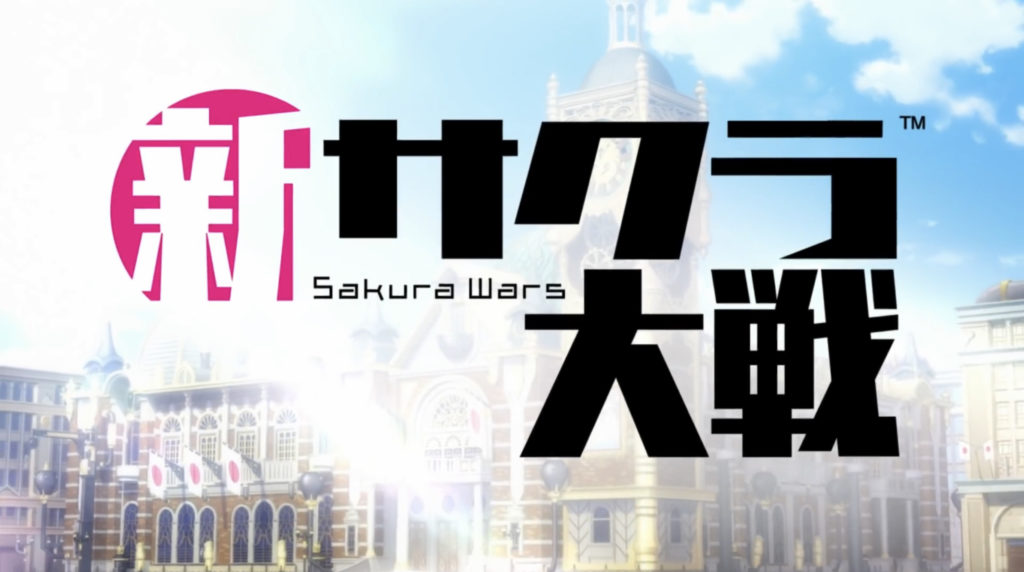 Considering the series has been dormant for a few years, it’s almost weird to see how much SEGA are relying on this newest title in the series to be a massive success following its announcement earlier this year. Over the course of Tokyo Games Show 2019, a blowout of information on New Sakura Wars not only saw the game’s first demo be showcased at SEGA’s booth as well as on stage, but we also learned that a brand new anime based on the game was set to air in 2020. With so much riding on the game, and with a localization planned, it was important that New Sakura Wars was able to make a big first impression at Tokyo Games Show this year, and though it is safe to say it was one of the most popular game at SEGA’s booth with the public crowds, was the game any good?

First, with the series being relatively unknown outside of Japan, an introduction. Although the series was first released for the Sega Saturn back in 1996, aside from a release of the PS2 and Wii game in the series titled Sakura Wars: So Long, My Love, the series has never been released outside of Japan, while it has also lain dormant ever since a DS side-story game released in 2008. The series could be classified as a crossover between a tactical role-playing game and a visual novel as it told the story of the Imperial Assault Force who pilot steam-based mecha against a variety of enemies. Many fans of the series fell in love with the game’s largely-female cast of characters, its world, and its gameplay, ensuring the series had been a massive success for many years.

With this in mind, the series has seen almost-complete radio silence from SEGA for the best part of a decade prior to this title’s announcement, with many fearing the series would never receive another installment following the sales failure of So Long, My Love (and the inability to catch the attention of international players with its Western localization). In spite of this, the series and its characters still garnered love and a following in Japan, and its perhaps this love that led to the announcement of this reboot of the series, bringing back the original cast of characters with new gameplay and a promised international localization. A fresh start, so to speak.

Although the series’ legacy is in a tactical turn-based RPG, this new game is a departure from this style of gameplay in an attempt to appeal to a wider audience. Gone are the turn-based battles in place of a fluid and fast-paced action game in a 3D environment, with free movement of the mechs around large maps, defeating waves of enemies that stand in your path, stringing combos together to defeat waves of creatures in order to progress.

While a departure from previous games for sure, the gameplay is fun and engaging in ways I didn’t expect. Gameplay is smooth and fast based, with the ability to rush from place to place and around battle arenas with ease, combos of varied strong and weak attacks in both the air and the ground allowing for an enjoyable action experience. The story interweaves well with the gameplay as characters talk to each other through battle sequences and cutscenes that help provide context and purpose (especially useful in this demo where the gameplay is a vertical slice taken out of its original concept), while the whole thing has a level of polish that really brings it all together.

With only a small 10 minute segment of the game on offer during the demo it’s difficult to judge whether this will become repetitive over the course of a full game or how it will develop and change over the course of the game’s runtime, but this gameplay has the right mix of speed and precision that avoids feeling brainless to create a satisfying gameplay loop.

Preceding this action section of the demo was a 10-minute segment that was this new game’s interpretation of the visual novel segments of previous titles. Fully voiced cutscenes of the characters around the Imperial Theatre the force uses as a base help to introduce us to all of the characters we can play as over the course of our time with the game and are genuinely the moments that sold me on the whole concept behind this reboot of the mostly-Japan-only franchise. While the action is fun, for sure, what helps this game stand out above the rest is its appealing characters that make you care for the action on screen.

Most of the cutscenes don’t have much interaction bar the occasional dialogue choice that can impact your relationship and how they react, while this ‘adventure mode’ allows you to almost-freely explore the theatre and speak to all of the game’s characters. Each has their own unique appearance and personality, with the cute yet powerful and independent Sakura Amamiya proving to be a perfect complement to your own character, the serious and disciplined Seijuro Kamiyama. The short adventure section we were given to play also introduced us to the bookworm Claris and Hatsuyo Shinonome. The series is known for its expansive casts and focus on story and the demo gave little indication on this element of the game beyond what was immediately apparent from watching any trailer for the title released before now, but I fell in love with the characters and their personalities almost immediately, which surely bodes well.

As a whole, the demo both showed off so much and so little. I felt like I got an idea for the action and adventure segments during my time with the game, yet also feel like there’s so much I still don’t know and won’t find out about until the final game releases in December (and in 2020 outside of Japan). It did, however, impress me, and make me more interested in the title and eager to learn more, and I can’t ask for more about any demo than that.

You can find out more about New Sakura Wars over on the game’s official website.