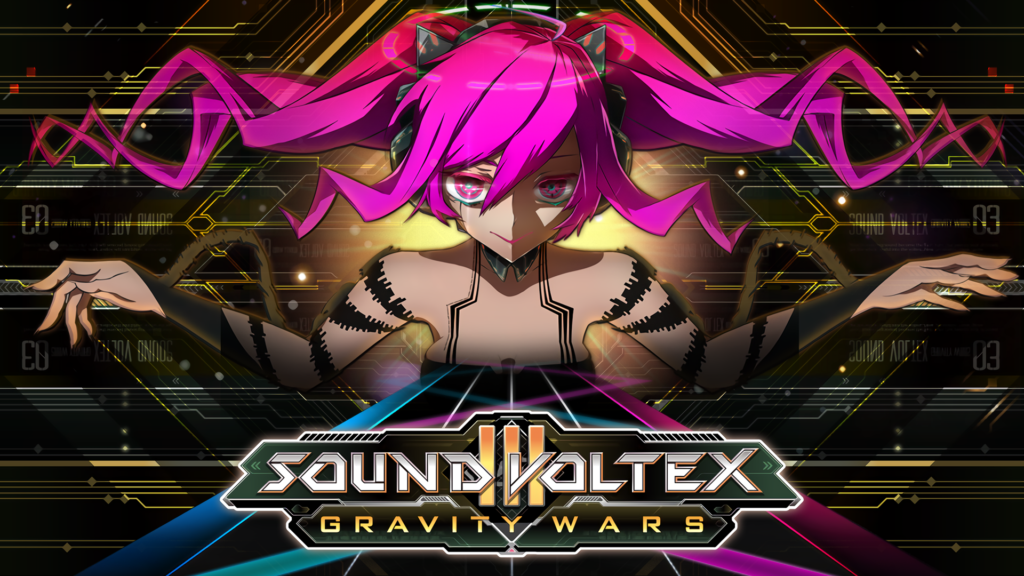 Over the last few years, Konami has brought a number of their most popular BEMANI titles to its home PC Konami Amusement Game Station service, including but not limited to beatmania IIDX, Dance Dance Revolution, and Sound Voltex III Gravity Wars.

Each month, the service provides several new songs for players to enjoy. On November 4th, the following songs will be added to Sound Voltex: 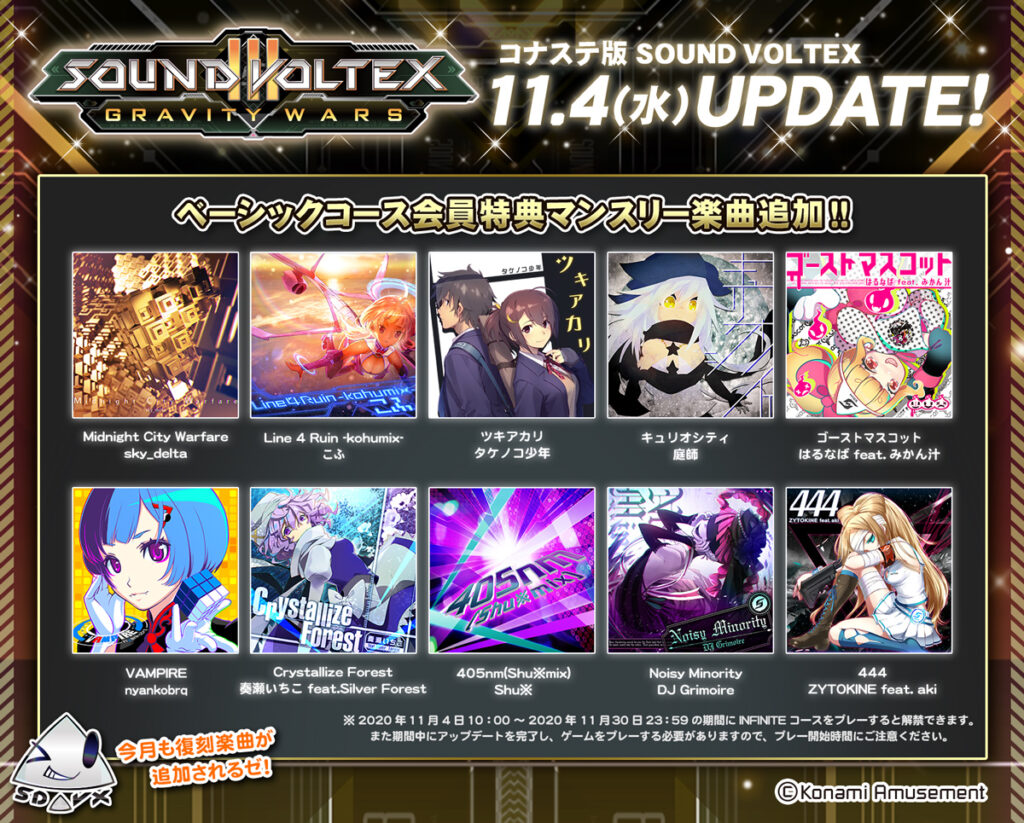 INFINITE Course subscribers can unlock these songs in-game for a limited time; they will be available from November 4th until November 30th. After this, they will not be unlockable for the foreseeable future.

Konami is making their arcade titles more accessible, not only to the Japanese market, but also worldwide as players from around the world can also purchase Paseli, Konami’s digital currency service, to pay for the monthly subscription. With the popularity of the titles growing internationally, especially with Sound Voltex on PC, I can only hope that they will start making the official controllers for the games to be more readily available for international players to purchase.