Sound Voltex is one of those games that has more or less a living song list. Songs get added and removed on a regular basis, but what can be assured is that every two to four weeks, a number of songs will flesh out the song list and add to its already massive song list which currently spans over 1,000 songs. Maybe with that, you can understand a bit better why we were elated when we went to the Sound Voltex EXCEED GEAR location test to find that the game has a built-in search functionality with the incorporated touch panel sub-monitor. On October 7th, Konami is adding another SEVEN songs to the game which have been chosen through their Sound Voltex Floor and The 9th KAC sound creation contests. 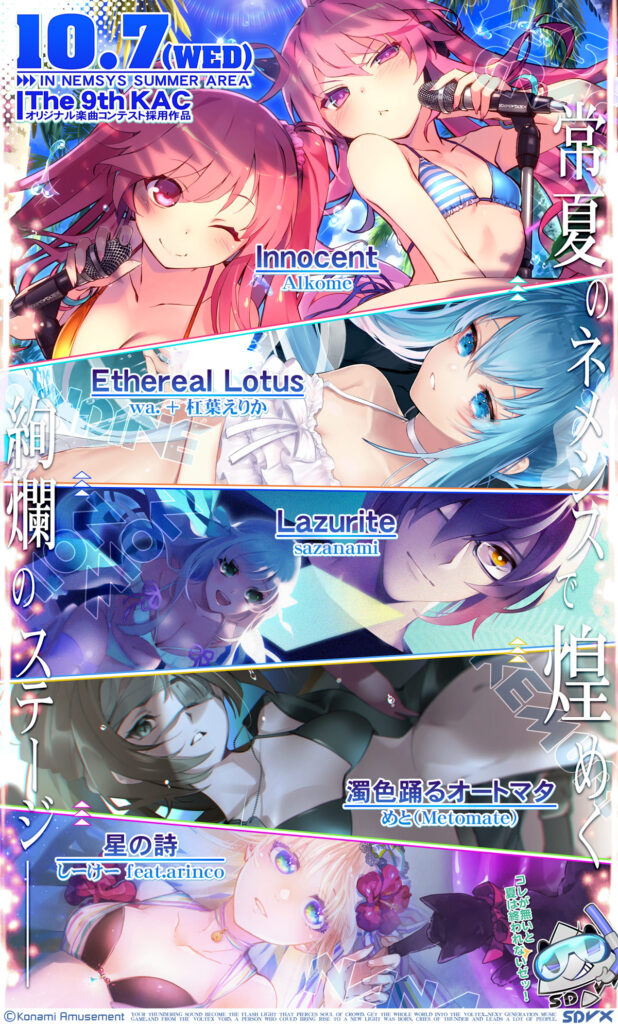 Announced earlier today on their official Twitter page for Sound Voltex, Konami announced that 5 songs from The 9th KAC song contest are being added to the game. What’s special about the KAC songs is that they’re usually made to be boss songs that make their initial debut at the KAC tournament that takes place at the beginning of the year. This year’s song was 666 by RoughSketch, but there were a number of songs that made the cut to be in the game, just not featured at the KAC tournament. The 5 songs being added from the KAC song contest are: 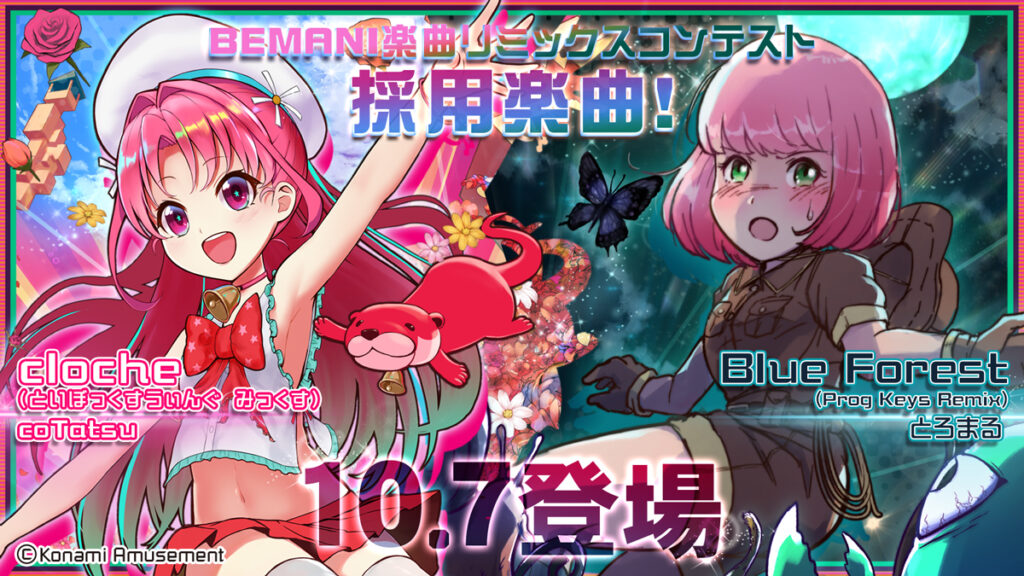 Its kind of like October 7th is shaping up to be an early Christmas for Sound Voltex players with a number of new songs being added to the game. With Sound Voltex EXCEED GEAR seemingly on the horizon, it will be interesting to see how many more song updates we’ll be getting for VIVID WAVE in the near future.