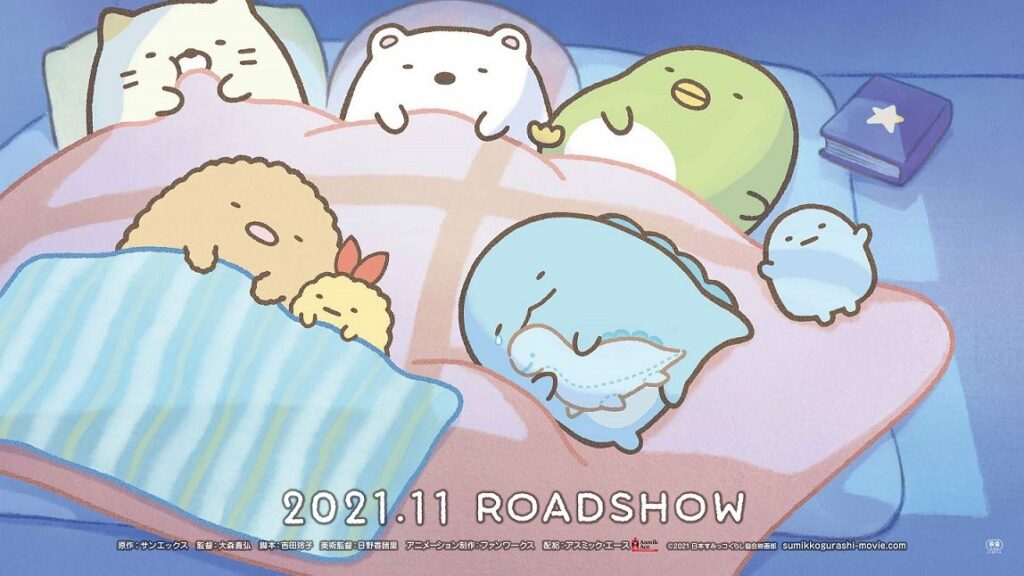 I have to be honest here, San-X has some pretty damn cute characters and I would be an absolute liar if I told you that I didn’t like 90% of what comes out of it. That includes the Sumikko Gurashi series. Today, the official website for the second Sumikko Gurashi film was updated with the official title for the upcoming flick and a brand new visual to feast your eyes on. 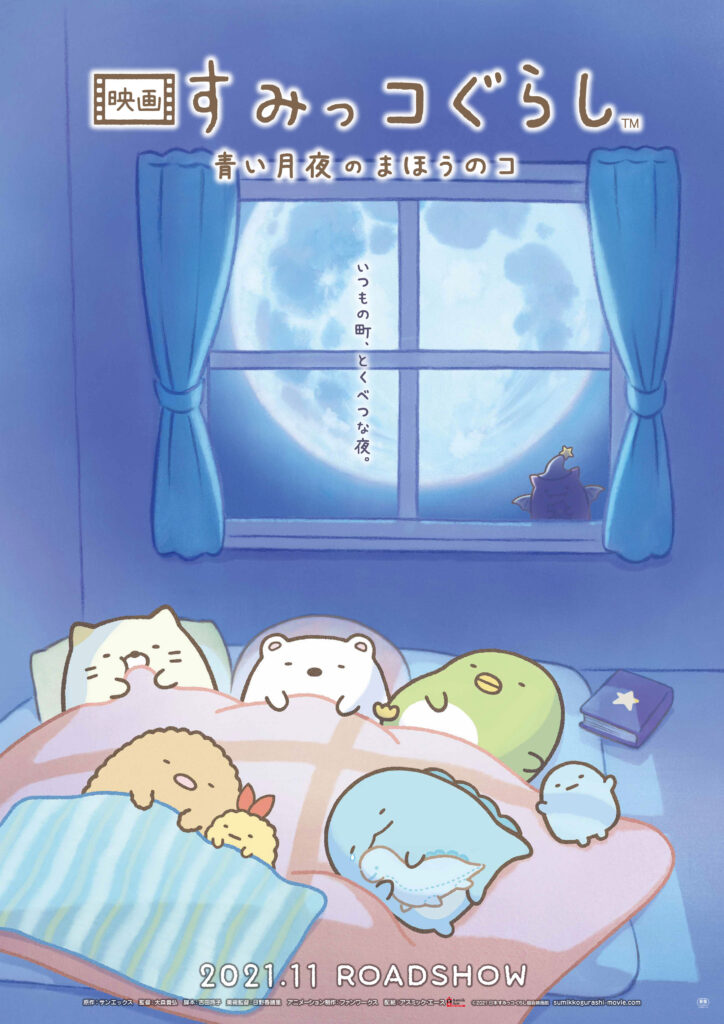 The official title for the film is Eiga Sumikko Gurashi: Aoi Tsukiyo no Mahou no Ko and will be hitting Japanese movie theaters in November 2021. There isn’t much known about the story for the upcoming film, but we do have a short synopsis:

One autumn day, Sumikko and her friends went camping. The fun passed in the blink of an eye, and as night falls, Pengy remembered a legend. It was the night of the great blue full moon, which falls once every five years. ‘Every five years, on the night of the big blue full moon, the magicians come to town,’ Sumikko and her friends looked up to see a big blue moon floating in the sky. That night, a mysterious magic is cast on the usual town…?

What exactly that could mean, no one could possibly tell yet, but it certainly sounds intriguing.

Eiga Sumikko Gurashi: Aoi Tsukiyo no Mahou no Ko will be releasing in Japanese theaters in November 2021, assuming everything stays on track and we don’t end up in another state of emergency here in Tokyo.

other Shelby Tozier 1 year ago