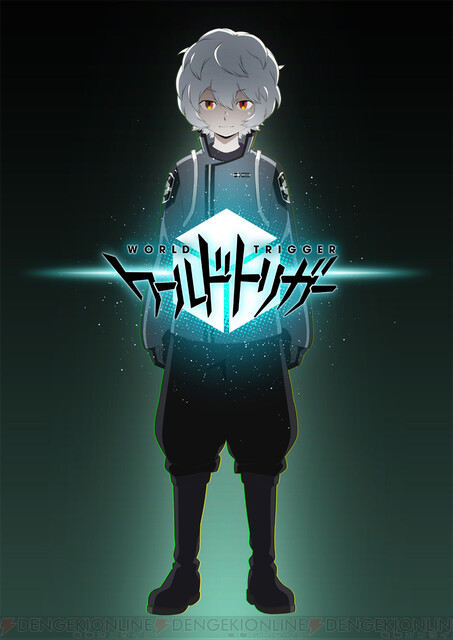 We haven’t heard much about the second season of Toei’s adaptation of World Trigger in a long time. But that silence has since been broken with the recent unveiling of a new visual designed by the show’s character designer Toshihisa Kaiya and featuring the silver-haired Yūma ready to spar in the B-Rank Rank Battles. This is a pretty decent move on Toei’s part to further promote the long-delayed anime.

Production for both World Trigger’s anime and original manga has been plagued with problems due to its author Daisuke Ashihara suffering from constant health problems. The most infamous of which occurred in 2016, three years after the manga launched when Ashihura started to develop significant spinal damage. This medical emergency would force Ashihara to put the manga on hold for two years, which in turn dampened the hopes of an immediate release for a second season.

Ashihura would leap out of the hospital bed in October 2018 and get back to work on his manga, but word of World Trigger’s second season wouldn’t arise until the trailer was dropped at last year’s Jump Festa. More news would come in May when it was announced that first season director Kouji Ogawa was going to be replaced by Dragon Ball Super’s Morio Hatano.

Now that two years and thirty-eight chapters have passed since the manga’s hiatus has ended, we’re bound to not only get a second season, but perhaps one that isn’t filled with unnecessary filler arcs, which was, unfortunately, the case with the first season. The anime’s cast plans on airing a special program on the 30th of this month, meaning more information on season 2 might be leaked. For those wanting to catch up on the series, subbed and dubbed episodes of season 1 are available for streaming at Crunchyroll and VRV.