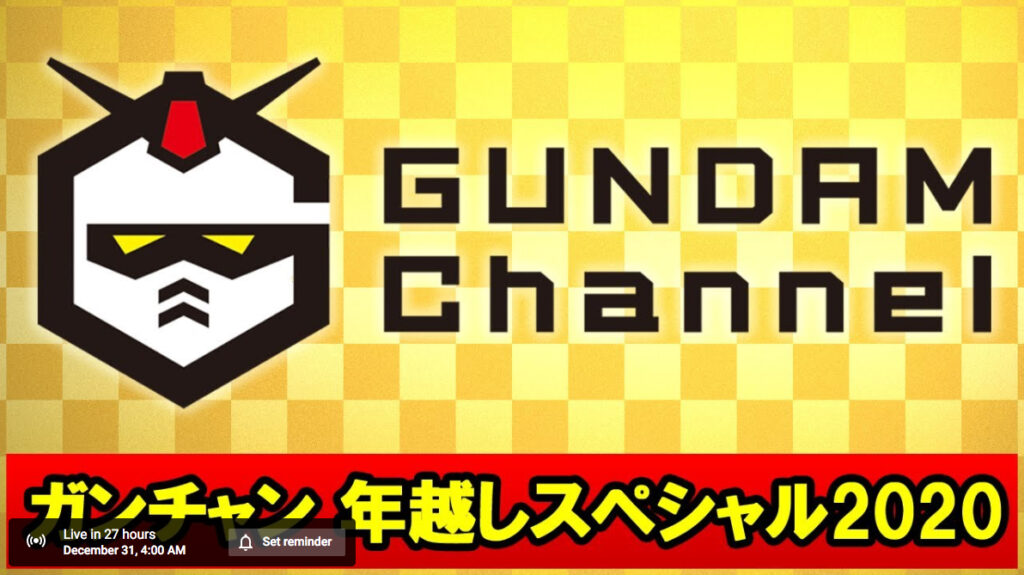 New York City may have its famous Times Square ball drop, but only in Japan can you ring in the New Year with a life-size Gundam.

In the liner notes for the special Gundam program on YouTube, they state that the moving life-size Gundam at Gundam Factory Yokohama will do ‘a special production’ during the New Year’s countdown. You’ll have to watch the show to find out what that is, since they don’t provide any spoilers.

According to reports, the special program will feature Daisuke Sakaguchi, who played Üso Ewin in 1993’s Mobile Suit Victory Gundam; and Ai Kakuma, who voiced Freddie in the 2019 net animation series Gundam Build Divers Re: Rise. Voice actor and narrator Yuki Ayami will also be involved. She had a small role in Mobile Suit Gundam NT, and has hosted special Gundam programs before.

The show will also feature a talk with the directors who led the life-size Gundam project.

The life-size moving Gundam took its first baby steps in September. And it has been wowing audiences since then. The Gundam Factory officially opened earlier this month.

Of course, New Year’s is a big deal in Japan. They have special foods (mochi, mikan, noodles), special events, and traditions involving the first dream of the year, first sunrise, first shrine visit, etc. Why not add the first  (Life-Size) Gundam of the year to that list?