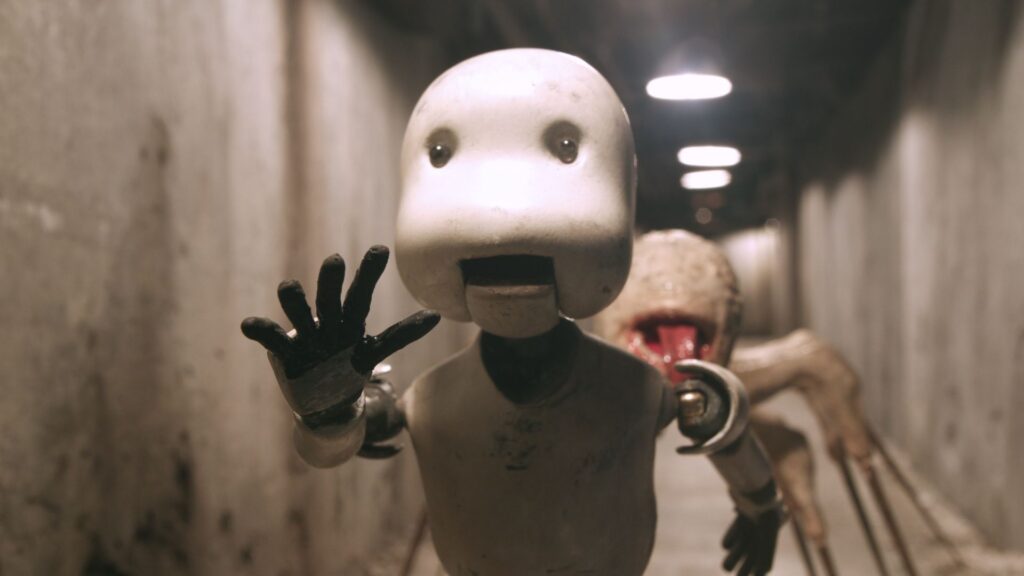 Running from 6 to 22 August as a hybrid in-person and online event, the New York Asian Film Festival has returned in 2021 with a number of exciting films from across the Asian continent, including Japan. Having been forced online as a result of COVID last year, the event is celebrating its grand return with an expansive lineup, with most of the films being showcased available online across the US. Whether you’re living in and around New York, there’s an impressive variety of films being showcased over the course of the 16-day event.

One Japanese film will feature in competition for the Uncaged Award for Best Feature Film, an award that aims to shine a spotlight on first- or second- time directors and celebrate their passions and directorial visions. In this category, Joint by Kojima Odai will feature in competition for this prize. After serving two years in prison, Ishigami Takeshi worked on a construction site for a few years before returning to Tokyo with the help of a best friend. Determined to break free of the criminal underworld of his past, he needs to raise more money before he can go straight. Enlisting his friend to run a phone fraud scam to his yakuza friend, he begins to see freedom when a potential split in the family risks dragging them back into the underworld.

It’s an interesting crime story from the new director, and the film will be receiving its international premiere outside Japan when it screens both in-person and online at the festival.

A few festival favorites will make their appearance as Crowd Pleasers at the event, some being limited to in-person showcases while others are available only online. Akiko Ohku’s Tokyo International Film Festival 2021 Audience Award-winning romantic comedy film Hold Me Back will take a place at the event as a virtual-only screening, while Jigoku no Hanazono: Office Royale, also screening at the upcoming Fantasia Film Festival, will be an in-person film.

Also screening in this category is Tonkatsu DJ Agetaro, the live-action adaptation of the popular manga and anime directed by Ken Ninomiya. The film centers on a young man named Agetaro Katsumata, whose family runs a tonkatsu restaurant in Shibuya. Agetaro is set to inherit and run the restaurant in the future and currently runs menial tasks like chopping up the cabbage and delivering food orders, but doesn’t really enjoy the work. After delivering an order to staff at a nightclub, he sets his sights on being a DJ, seeing similarities between the two lines of work. This film will be a virtual screening at New York Asian Film Festival 2021.

Two Japanese films feature in the Genre Masters category dedicated to genre films with twists to the standard conventions of the genre. Currently performing well at the Japanese box office, The Fable: The Killer Who Doesn’t Kill is about a contract killer named Akira Sato living in Osaka with Yoko after being forced to retire and tasked with no longer killing. Akira’s graphic design work with childish drawings have found appeal with customers and impressed his boss, but the freedom can’t last. When a girl in a wheelchair named Hinako returns into his life and a target he never killed reemerges, Akira may no longer be able to escape his past. This film, directed by Kan Eguchi, will screen in-person only at the event.

Another in-person only screening at the New York Asian Film Festival is Last of the Wolves by Kazuya Shiraishi, a sequel to 2018’s Blood of the Wolves. After Shogo Ogami’s death in Hiroshima, Shuichi Hioka successfully implemented his plan to control the yakuza to prevent further gang wars. Hioka manages the criminal organizations, but the situation dramatically changes when someone is released from prison.

Continuing the trend of in-person only screenings, The Asian Angel by Yuya Ishii will also make its North American premiere at New York Asian Film Festival 2021. This drama sees young novelist Aoki Takeshi raising his eight-year-old son alone following the death of his wife. He travels to Seoul in order to hopefully stay with his estranged older brother, but the reality of the man is nothing like he was described as he makes money through dubious means, leaving Aoki alone and barely able to speak the language in a foreign land with a dependent child.

Ninja Girl, the latest film from Yu Irie, will receive an in-person world premiere at this year’s event. This political satire and condemnation of racism is joined by a screening of A Balance in the Frontlines category that aimed to center films grounded in the lives of marginalized communities. Previously screening at Berlin International Film Festival earlier this year, this movie about a documentary filmmaker determined to tell the truth of a story of a public scandal of a relationship between a student and her teacher that ended in two suicides is brought into conflict when learning her father has also had an affair with a student.

A new Rikiya Imaizumi film will receive a virtual-only US Premiere when Over The Town, a film about a man who lives on his own and rarely ever leaves his hometown of Shimokitazawa and works in a vintage clothing shop gets a request to appear in an independent film. Joining it will be a screening of Zokki, the manga adaptation of On-gaku mangaka Hiroyuki Ohashi’s story directed by Naoto Takenaka, Takayuki Yamada, Takumi Saito that first premiered at Tokyo International Film Festival last year.

Junk Head is a unique stop-motion animated project that will make an in-person only bow at this year’s event, having been reworked since it first screened at various festivals in 2017 and 2018. In the distant future, mankind attains longevity through gene manipulation that also ends their ability to reproduce. Clones were built to maintain the dwindling workforce, but 1200 years ago they rebelled, leaving the humans a need to understand their creations. It’s a unique project that will be worth seeing if you can make it to the New York screenings.

The final Japanese film being showcased at this year’s event is the boxing film Blue, that will make its US premiere through a virtual screening at this year’s festival. This and all films will be joined by numerous classic and newer films from across Asia for the New York Asian Film Festival. Tickets will be available from Friday and the event runs from August 6-22, and you can find out more over on the event’s official website.