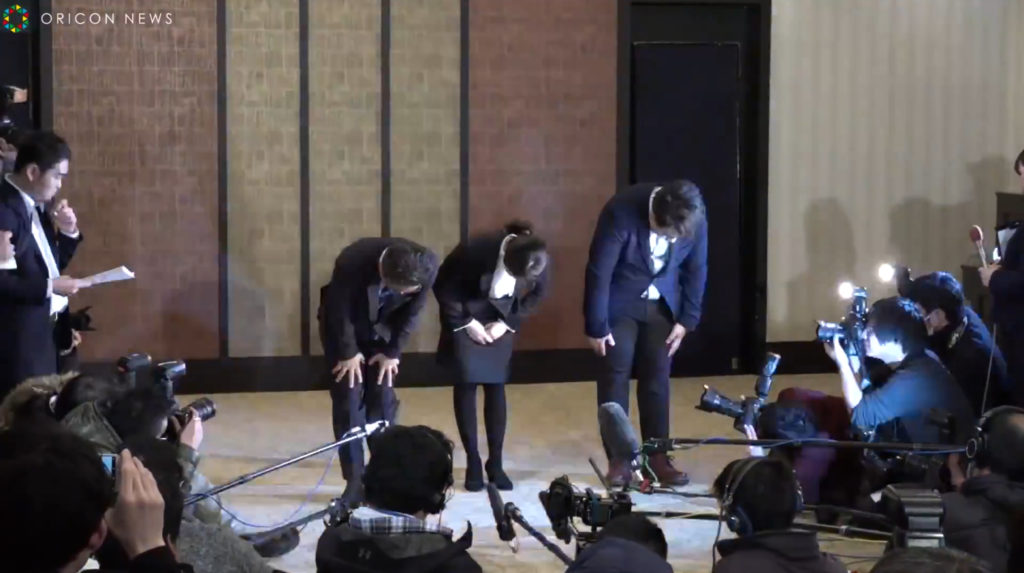 Near the end of last week, we reported on the ongoing controversy surrounding NGT48 and the handling of the assault against one of their idols, Maho Yamaguchi. On December 8, they were attacked outside their home by two 25-year-old university students, with two suspects arrested and released without charge. One month later, after feeling let down by management who promised to look into the incident before seemingly covering it up, went public about it on a livestream and on twitter. In it they spoke of the attack, promises to help look into things that never occurred and the knowledge that one of her assaulters told her her private information was provided to them by a fellow NGT48 member. This news caused much controversy in the Japanese media, which only further grew after the idol was forced to publicly apologize during a live performance for causing trouble by coming public about the ordeal. Just after this NGT48’s management apologized for the handling of the incident, and now news has come out that the NGT48 manager has been replaced in light of the scandal.

Although there had been numerous reports in the Japanese media, with many celebrities, including former idols from the group, speaking out in support of Yamaguchi alongside an apology from NGT48’s management company AKS, the controversy has yet to go away. In a further statement coupled with a public apology from management, it was made public that, following the mishandling of this incident, NGT48 manager Etsuro Imamura will no longer be the theatre manager of the group going forward. There had been calls for him to take responsibility for the incident prior to this announcement.

Perhaps disappointingly for some, this news doesn’t mean that he will no longer be involved with AKS or the 48 groups going forward, with the statement only saying he had been ‘moved’ without an explanation being given. No news of a new position for them has been given at this time. They will be replaced by Director Hayakawa Maiko, a woman who has previously worked with AKB48, SKE48, and STU48, and Vice Director Okada Tsuyoshi.

Also, contradictory to the tweets made by Yamaguchi at the time she came public regarding the incident, the statement also insists that no other NGT48 members were involved in the assault. This is despite the insistence that one of the assailants had stated that they found out the information to meet with her from one of her fellow bandmates.

At this point, despite an apology now being given by AKS themselves, the previously-promised reforms to security and now the removal of Etsuro Imamura as manager of NGT48, there isn’t a satisfying conclusion that any party can truly be happy with from this incident. The assailants of the attack have not been brought to justice and some fans are justifiably upset they have yet to hear a comment directly from Imamura. There also hasn’t been an explanation to the contradicting stories from management and Yamaguchi herself regarding the links between the assailants and the group. Whether these questions will ever get answered remains to be seen.

Maho Yamaguchi Announces Graduation From NGT48 Alongside Several Other Members