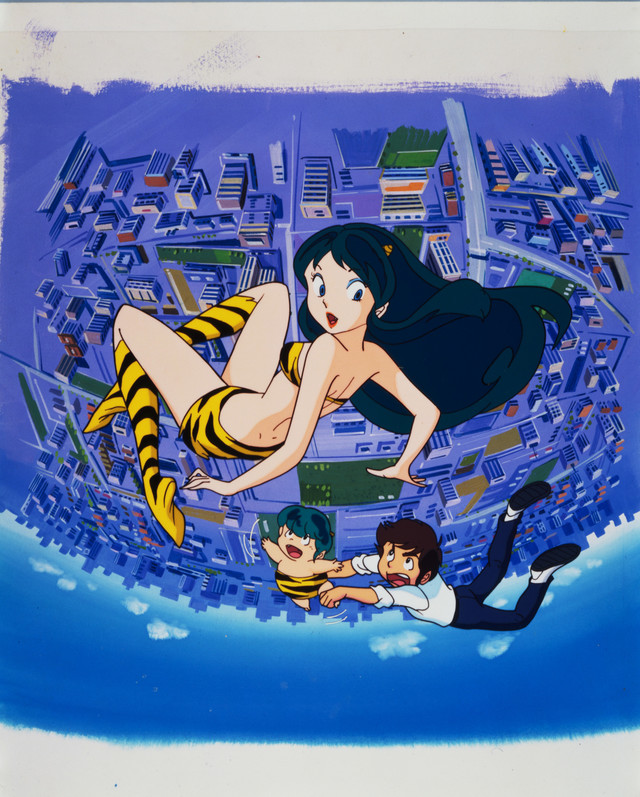 There’s no denying how well-loved Rumiko Takahashi’s series and characters are, especially in anime form. But which series and which characters are the most loved? That’s what NHK are on a quest to find that, as they announced a huge NHK Rumiko Takahashi public vote to rank every (and I mean every) aspect of her works in animation, as well as a new NHK documentary tracing the 38-year history of the enduring relationship.

NHK’s Rumiko Takahashi programming comes hot on the heels of other public votes on beloved anime series Gundam and Macross held by NHK earlier this year, and largely follows the same structure.

By navigating to the page on NHK’s official website, fans will be able to cast their vote in four categories – series, characters, episodes, and even songs – the results of which will discover the most beloved candidate in each category.

The amount of options on offer, however, is absolutely staggering. Rumiko Takahashi’s manga has been getting adapted into anime for decades now, so this is to be expected, to a certain extent.

Even so, sometimes you do forget just how many separate OVAs, movies and TV series were drawn from Takahashi’s original manga, as well as just how many characters make up the plots of said OVAs, movies and TV series. In total, there are actually 52 anime, about 1100 characters, 700 episodes and 160 songs for fans to choose from. That’s pretty impressive. 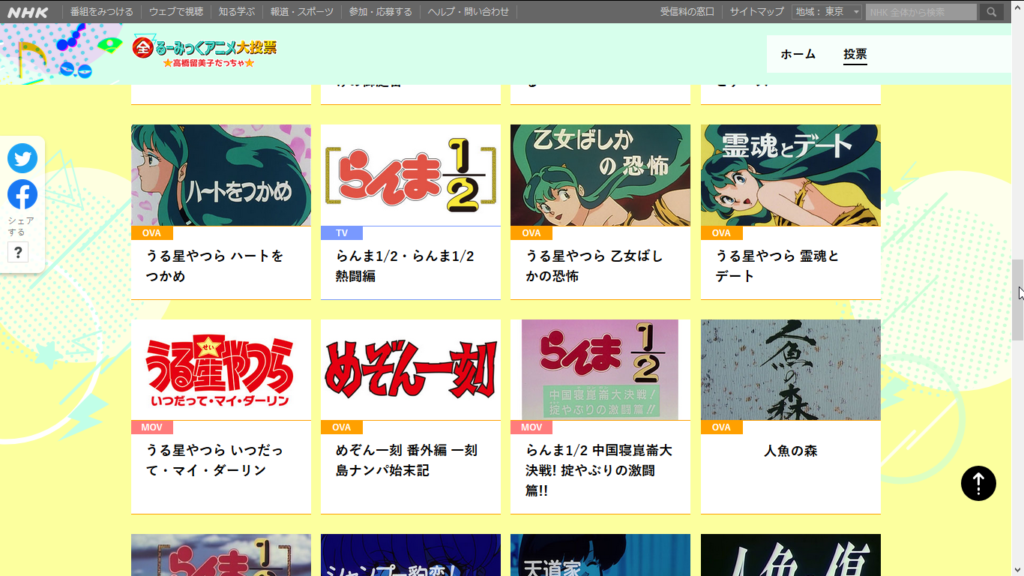 The sheer number of candidates to choose from in each category is perhaps what necessitates the aforementioned NHK Rumiko Takahashi documentary, which will cover the history of all 38 years of Rumiko Takahashi manga in anime and provide a bit of a refresher for those spoiled for choice.

This documentary, titled ‘The Untold Story: Rumiko Anime Historia,’ will air on NHK Premium on October 14, a full month before voting closes and the results of NHK’s massive poll are announced during a special, three-hour program on November 16.

Even if you’re not going to take part in the voting (I imagine Urusei Yatsura will sweep most of the categories, anyway) the NHK Rumiko Takahashi documentary provides a welcome opportunity to appreciate the incredible impact that her manga, still being published to this day, have had on the world of anime and animation, in general.