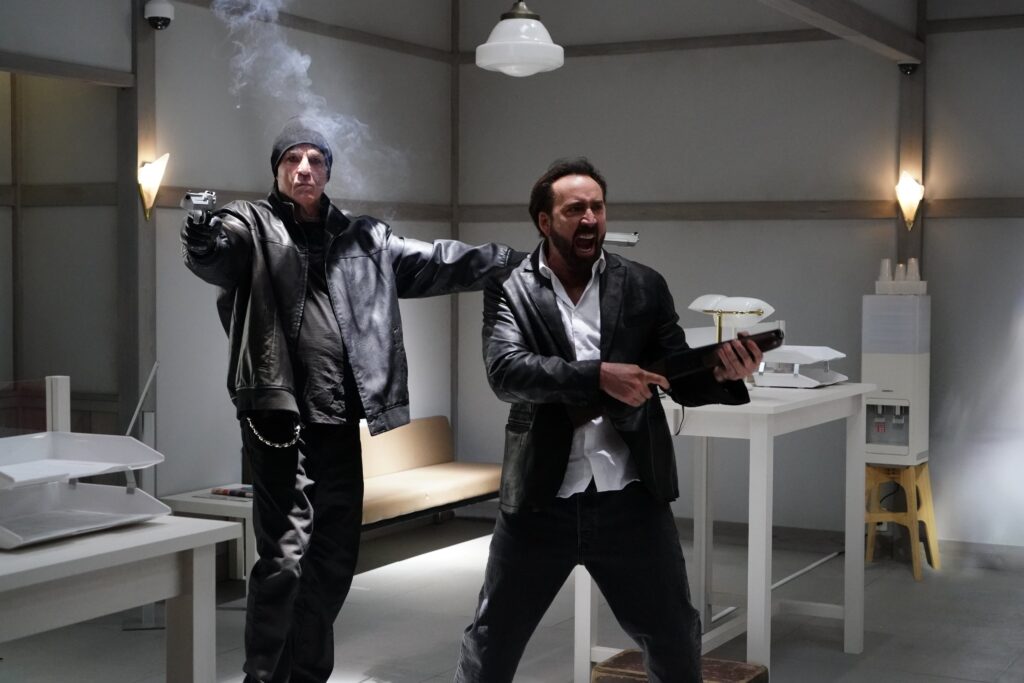 Nicolas Cage and Sion Sono are teaming up for a new feature film set for release in 2021 titled Prisoners of the Ghostland, with the first still images for the film being recently released.

Sion Sono’s directing career can only be described as prolific, with the director putting out a slew of films and TV shows over the years on all budgets and scales, including an impressive recent feature from the director titled The Forest of Love for Netflix. Still, in spite of this vast filmography that the director has been involved in, he’s yet to make the jump other well-known Japanese directors have attempted in the past of making an English-language feature film… until now.

Prisoners of the Ghostland was first discussed by Nicolas Cage himself in 2018, as the first English-language film by Sion Sono. Described on IMDb as a film about ‘a notorious criminal that must break an evil curse in order to rescue an abducted girl who has mysteriously disappeared’, the combination of these two creative talents on a crime thriller is almost a match made in heaven.

From a man who has recently starred in more outlandish films like Mandy, it’s exciting to hear that Sion Sono will lean into his more extreme stylings for a film Cage himself described as what might be ‘the wildest movie’ he’s ever made.

We've got the exclusive first look at the newest Nicolas Cage movie, Prisoners of the Ghostland.

A notorious criminal (Cage) must break an evil curse in order to rescue an abducted girl who has mysteriously disappeared. Sofia Boutella co-stars. Coming soon. pic.twitter.com/m4vDhexeAg

The first stills to be released for the film (courtesy of Fandango) set Prisoners of the Ghostland out to be a stunningly shot film, regardless of the absurdity of its concept. While the skintight black leather jumpsuit with grenades attached described by Cage isn’t present in these images, the images are striking. We can see Cage in action, a still of his co-star Sofia Boutella, geisha wandering down a street blending traditional Kyoto streets with modern neon signage, and a stunning image of three of the film’s characters obscured by the morning sunlight.

Prisoners of the Ghostland stars Nicolas Cage, Sofia Boutella and more, and finished filming in 2019. The movie is set for release sometime in 2021.