NieR Automata 2B and 2P Figures Available for Pre-Order

NieR Automata’s success has led to a slew of soundtrack CDs and merchandise, with the lineup seemingly growing exponentially by the week. Then again, with how popular this game has been and how well it’s sold for the company, it’s hard to blame them for doing so. Over the weekend, Square Enix unveiled the newest piece of merchandise based on the massively successful JRPG, as two brand new Bring Arts figures were unveiled and made available to pre-order based on 2B. 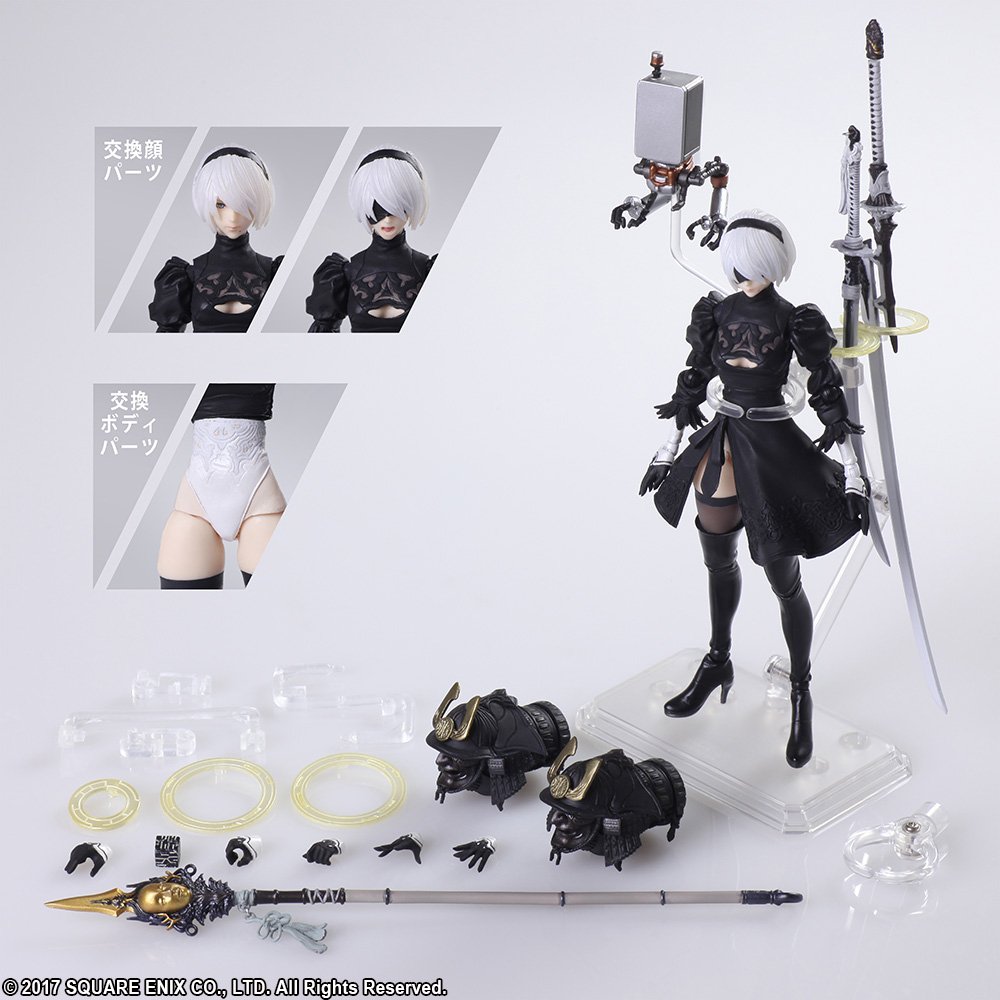 This isn’t the first time that 2B has received a figure in the Bring Arts line, after previously getting a figure last year in April 2018. However, this new edition, the 2B (YoRHa No. 2 Type B) 2.0, is made with a brand new mold that is designed to better replicate the character’s in-game 3D model. The figure, by virtue of being in the Bring Arts line, is fully posable with four weapons (Virtuous Contract, Virtuous Treaty, Cruel Arrogance, and Cruel Lament), three heads, seven hand parts, a pod, a black box, and a post-self-destruct torso. The figure is priced at $79.99 with it currently available to pre-order at 10% off at $71.99.

Alongside this figure is a ‘2P Colour Variant’ that replicates the alternate design for the character made for their recent Soul Calibur VI appearance. This 2B is therefore slightly tanned and clad in a white dress and outfit that perfectly contrasts the black of the standard 2B design. The same accessories are included and the figure will be sold for the same price, however, this edition will remain a Square Enix Store exclusive, with pre-orders also open for this design. 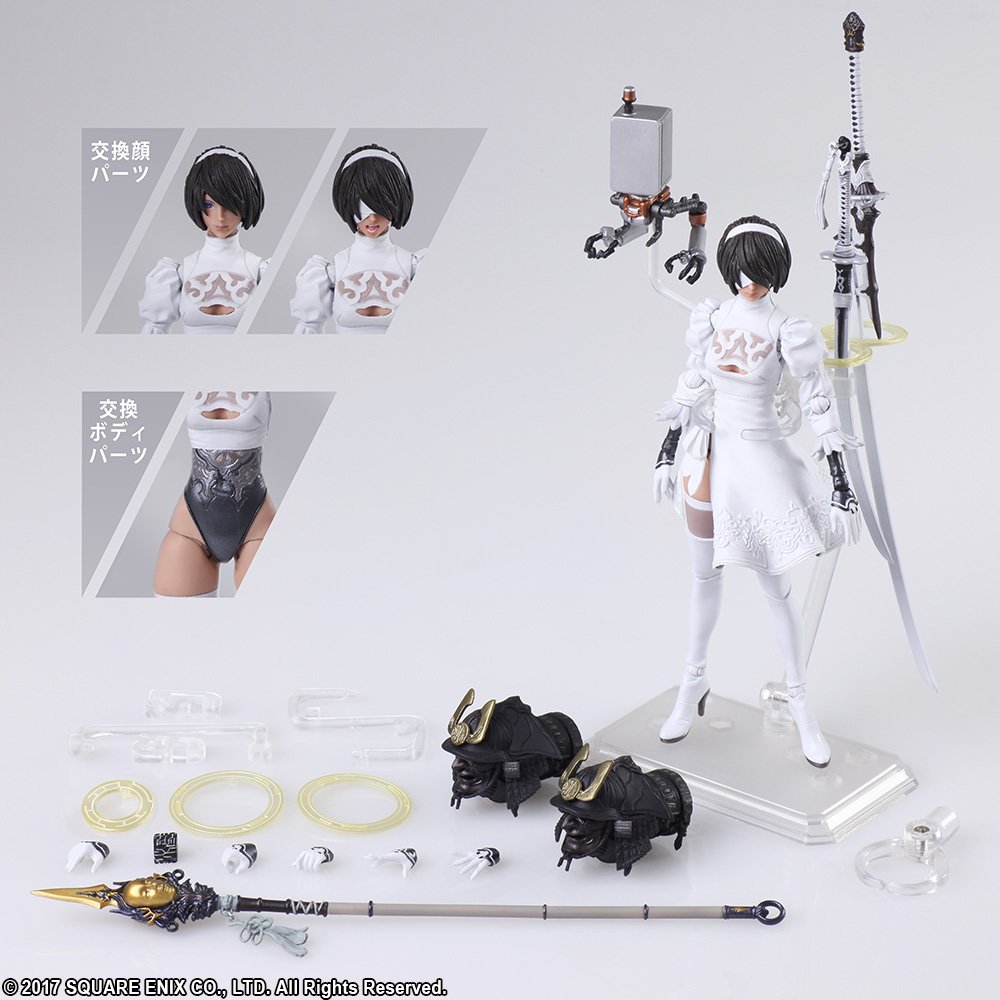 For fans of the games, either of these figures could make a nice addition to their collection, especially with the large array of accessories making it relatively easy to recreate moments of the games. Both are available for pre-order now with a release date currently unannounced.