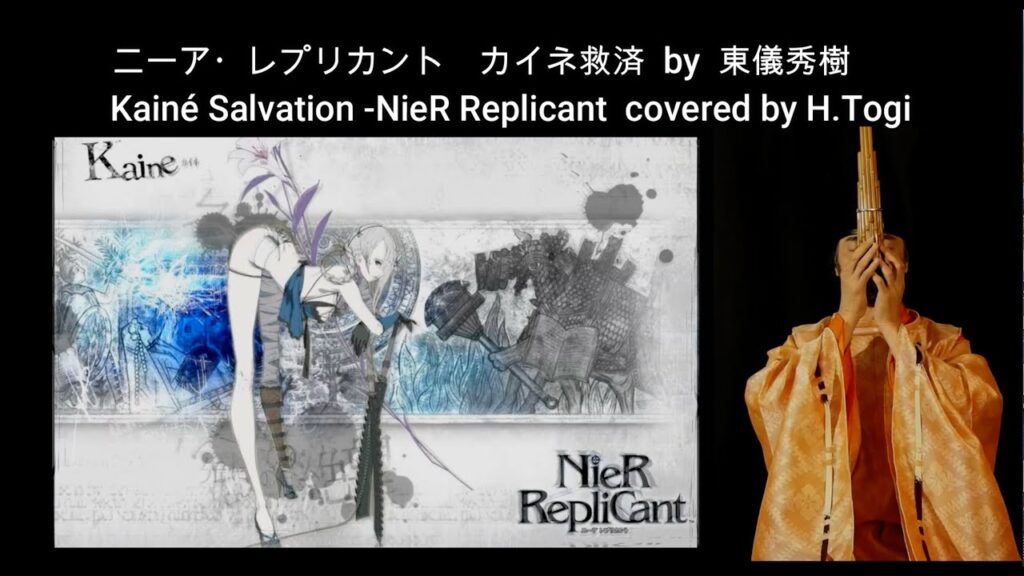 Hideki Togi’s impressive musical range has been showcased with two recent musical covers of ‘Homura’ from the latest Demon Slayer: Kimetsu no Yaiba anime movie and ‘Kaine: Salvation’ from the game NieR Replicant.

Covers of contemporary pop songs or recognizable tunes using traditional Japanese instruments isn’t a new phenomenon, and has often been achieved to great effect in the past. You can find covers for the likes of ‘Moonlight Densetsu’ pretty easily, and hearing these songs performed in a new way using older instruments can give them a new and interesting flavor. Hideki Togi, known for his gagaku (classical Japanese court music) musical talents that helped bring the musical style back into public consciousness, as well as for his occasional work as both an author and actor, has recently gone viral for two impressive musical covers of arguably the most iconic song from the NieR franchise and the theme song for the unbelievably popular Demon Slayer movie.

Each of these music covers from NieR and Demon Slayer is performed using three Japanese traditional instruments, all performed by Hideki Togi himself: the hichiriki, the sho and the nohkan. Combined, they bring a unique sound that creates a new, yet familiar, listening experience. With ‘Kaine: Salvation’, the song takes on a more dreamlike, ethereal sound that somewhat thematically fits with Kaine’s character while sounding beautiful in equal measure. For ‘Homura’, whereas LiSA’s voice would dominate the original track thanks to her powerful vocals, this rendition blends the melody further into the backing for an alternative rendition on the tune.

Both covers are impressive renditions of songs that fans of both franchises can appreciate, but they can also be easily enjoyed by those with only a passing or zero familiarity with the properties in question. The NieR cover even sounds like it could hold a place within the upcoming NieR Replicant remake, too!

You can find more videos from Hideki Togi over on their official YouTube Channel.