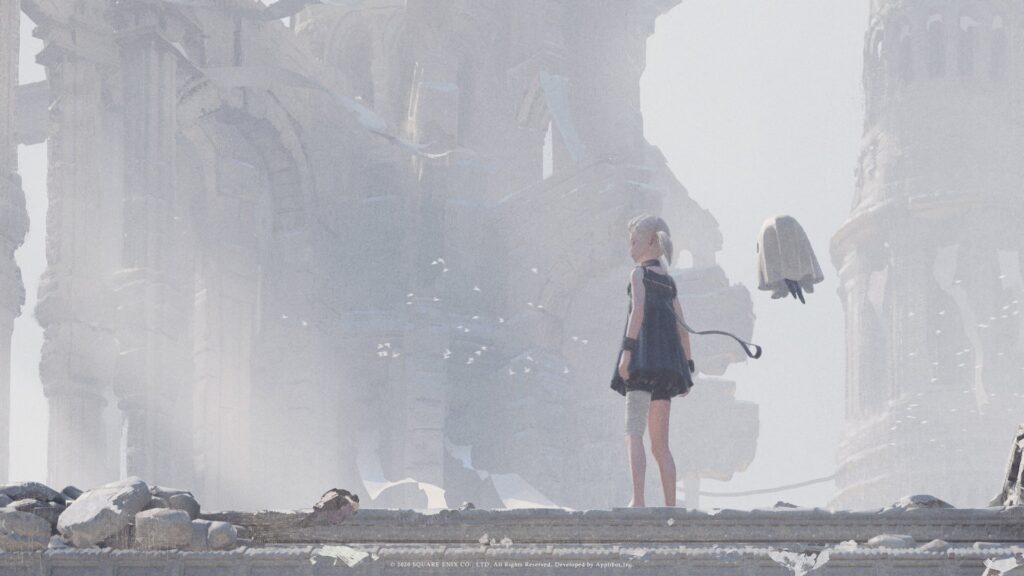 I’ve been keeping a close eye on NieR Re[in]carnation ever since its initial announcement a few months ago that would see the unlikely Yoko Taro franchise make its first steps into mobile gaming. Much of the game has been shrouded in mystery since its reveal, with even the recent trailer released earlier this month giving very little away when it came to what to expect from this intriguing new mobile action RPG. Alongside this trailer, however, was the news that a closed beta for the game would open up on July 29th, and players even had permission to share videos of the parts of the game they were able to play online. Thanks to that, we now have our first glimpses of the gameplay of NieR: Re[in]carnation.

Multiple channels have released gameplay that makes up the first hour of the experience online for players to enjoy if they’re unable to dive into the experience themselves. The game switches between 2D and 3D exploration for its field moments as the young white-haired girl you control explores the various ‘cages’ that make up the game’s setting. These vary from fully-realized 3D environments to picture-book-style side-scrolling moments known as memories. As we witnessed in the trailers, you will run into a small white ghost named Mama who will accompany and talk you as you play. None of the environments shown off are new, per se, but to see live gameplay of these areas is very welcome in these heavily story-driven opening moments.

Battles take place in a 3D space where you can freely move around the arena and use the various moves at your disposal in order to defeat the creatures that attack you. These battles are impressive to look at as you utilize a number of visually exciting attacks based on the buttons chosen. It’s not as in-depth or as complex as its console counterparts based on this, but that would be cumbersome on a touch screen. This is a strong solution that I could see becoming rather tactical as time went on.

If a trailer wasn’t enough to convince you, this early gameplay surely will. Mixed with stunning musical compositions from Keiichi Okabe that fit right at home in the NieR musical style, and I for one can’t wait to get my hands on this game for myself. You can find out more on the official website.