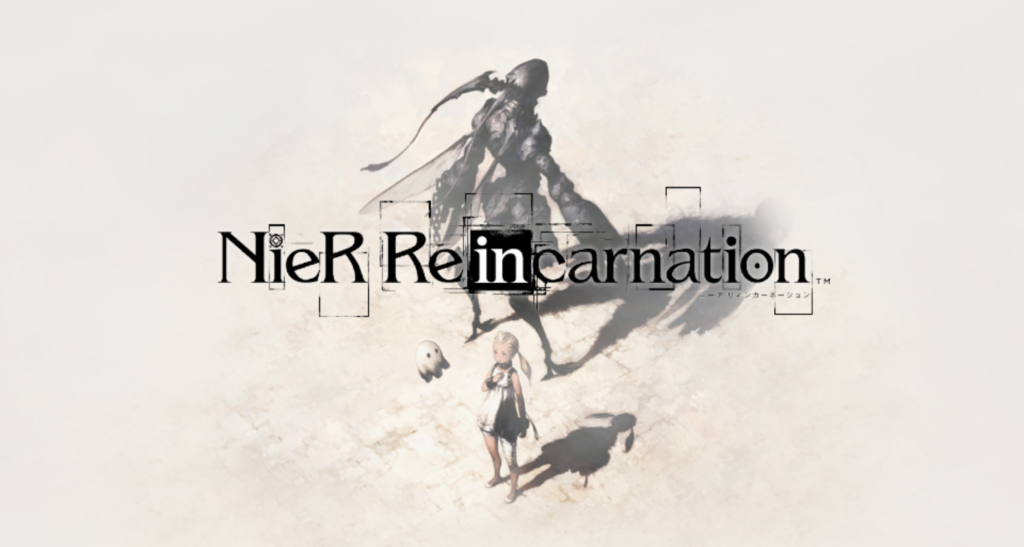 NieR is back! Although it’s not the new console game you’ve been waiting for. For fans wanting something to tide them over until then, NieR: Re[in]carnation has hit the App Store and Google Play in Japan as a new, free-to-play mobile game in the series. The question is: can the game offer more than a distraction during the wait for Replicant‘s release?

NieR: Re[in]carnation is an attempt to blend NieR storytelling with mobile-friendly gameplay, but it keeps its cards very close to its chest in the early moments of the experience. The White Girl you play as wakes up in a giant stone column with no memories of how she got there or who she is. Soon she encounters a ghost-like avatar known only as Mama, a parent figure who promises to protect her and help her find her lost memories. That’s about as much as I can say here, as much of the rest of the story is kept shrouded in mystery, including the true identity of your character. 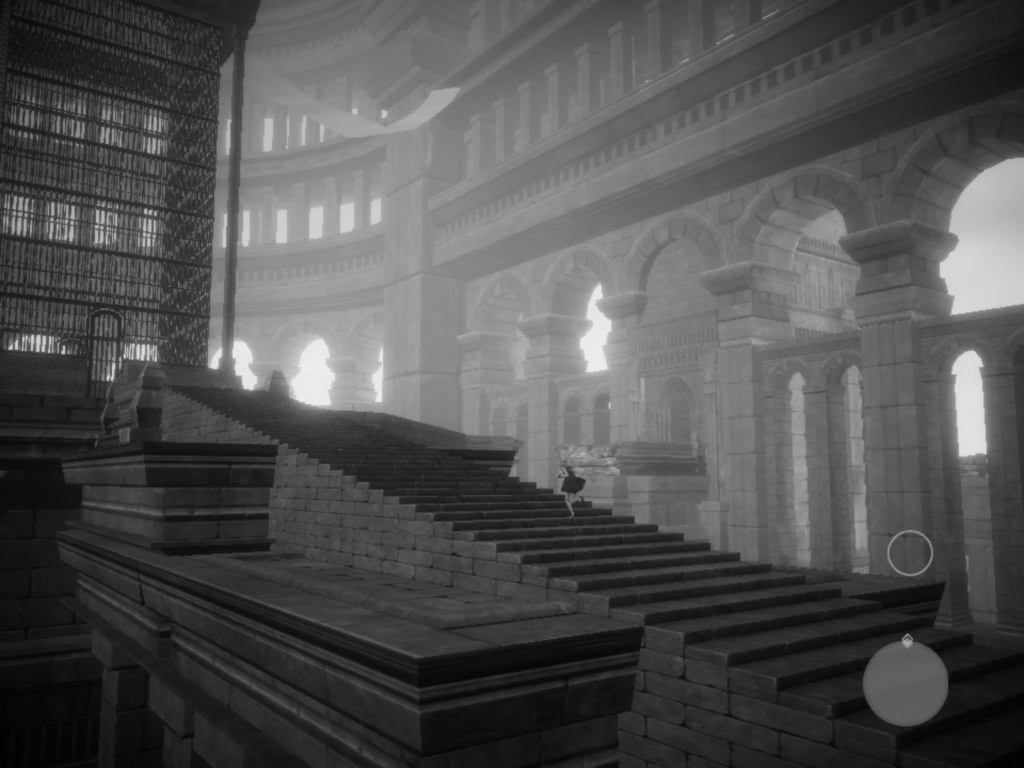 Gameplay is made up of three distinct parts: The most eye-catching is easily the ‘cage’ segments, sections where the player wanders through these large structures as the White Girl progresses further into this labyrinth to try to find answers and some sort of escape. These large, fully 3D areas that players are free to explore are visually stunning, whether played on a phone or a tablet (I played on an iPad) and are easily the game’s most impressive feature. They’re mostly linear, and aside from keeping an eye out for black birds that offer items upon tapping them, there’s not much to do aside from moving forwards. Still, matched to Keiichi Okabe’s hauntingly beautiful musical score, it’s a joy just to wander these sparse environments and listen to the occasional musings of Mama. 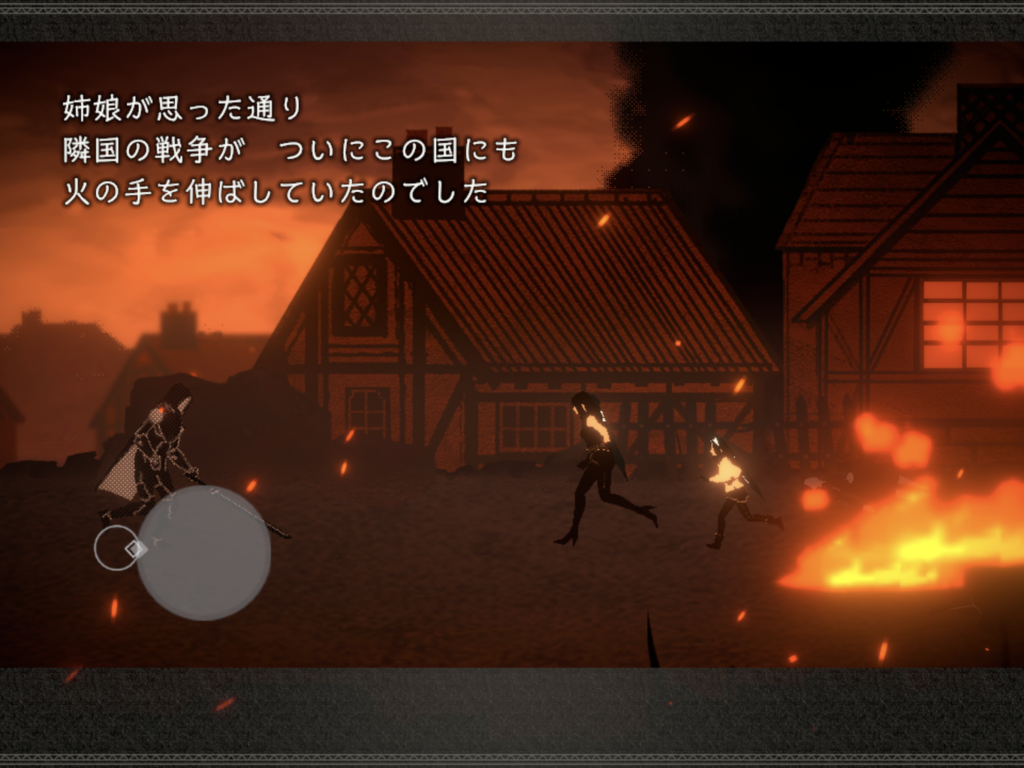 Occasionally, your path is blocked by both black walls and ‘black enemies’, which offer memories tied to weapons that make up most of the in-depth gameplay of the experience. Weapon stories have been a key element of worldbuilding in Yoko Taro’s NieR and Drakengard series, with each weapon being representative of deep and often tragic stories about the world and their former owners. These memories can typically be seen as playable versions of these weapon stories, and entering one will place the player in control of the character at the center of the story in a 2D side scrolling ‘storybook’ that ends each chapter with a battle, encompassing the third part of the gameplay system of NieR: Re[in]carnation. 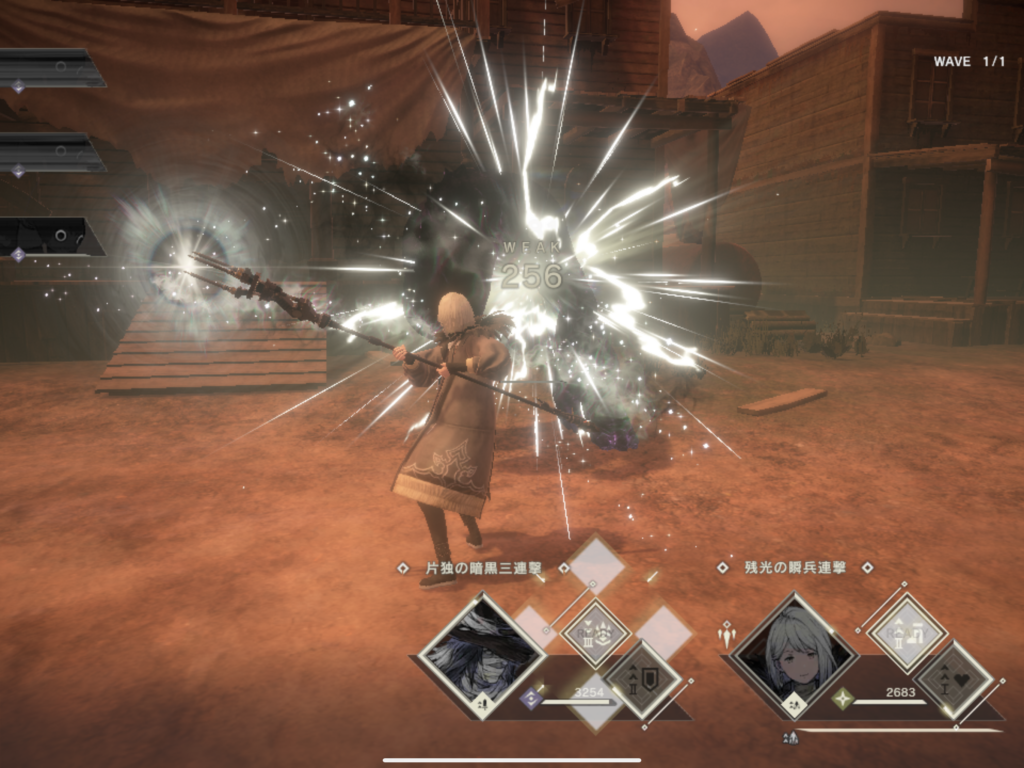 Battles are mostly automated, with characters in your team attacking enemies on a timer at set intervals. Weapons have special abilities and tapping these once they’ve charged up will launch a stronger attack. You can also chain these together by tapping them all together, and the larger the chain, the more damage you inflict. Later on, otome are introduced that take the form of floating plush bears, Emil heads and more, and these can be used to inflict further damage in battle.

At least in the opening areas, this tactical element can mostly be overlooked, and even setting the battles to autoplay will ensure victory without any concerns. It’s an intriguing system, and unlike some other mobile games with autoplay mechanics, the tone and pacing of NieR: Re[in]carnation ensures that the overall experience isn’t hurt and you don’t feel like you’re ‘cheating’ by choosing to activate this over playing yourself. 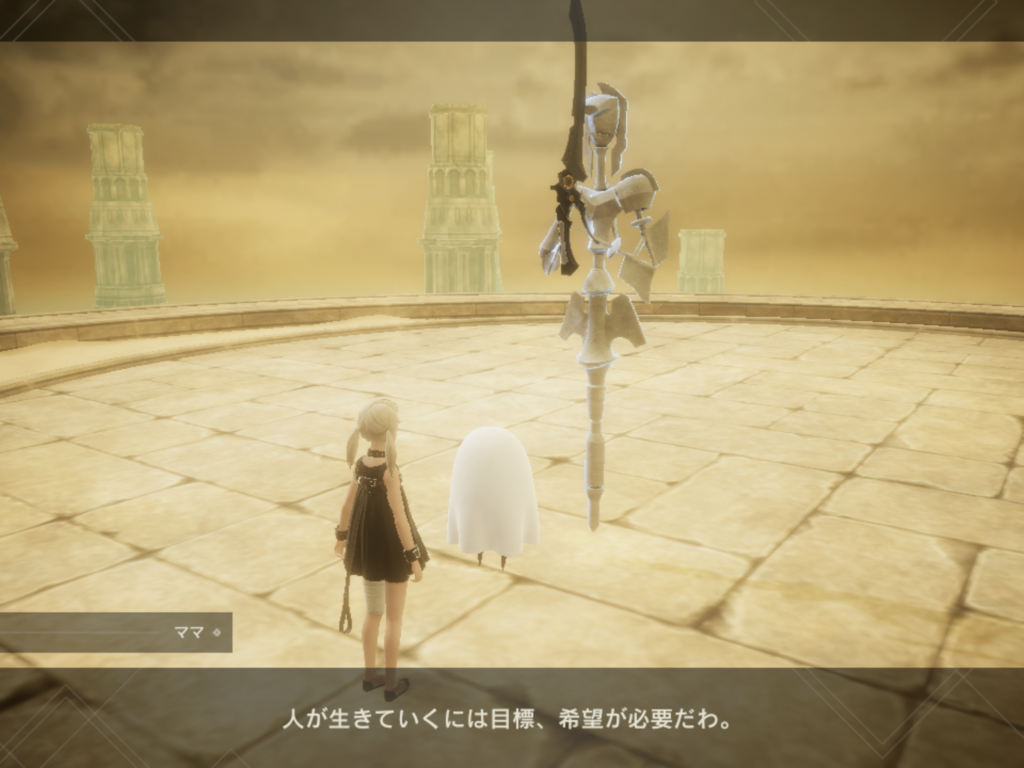 NieR Re[in]carnation is a relaxing, beautiful mobile experience which you can play in any style you like without sacrificing your enjoyment. Square Enix has clearly given the game a substantial budget that allows it to flesh out its world and deliver on the promise of previous NieR experiences, while being accessible to all. Even if very little of the story is being given away in these early stages, its presentation and music draw you in without feeling boring. Going forwards, the opening movie teases a lot more to come, and you even have side quests away from the story to dig your teeth into.

You don’t even feel pressured to engage in the gacha, an aspect of monetization that could have ruined the game in the way it did for the Octopath Traveler mobile experience. That title locked out large amounts of content by not engaging in low-rate gacha rolls and dropping money into the experience. Here, the ‘bonus’ that comes with having characters you like and new, stronger weapons, isn’t interfering with the experience in the same way.

Sure, you may want to have 2B as a character, which is possible with a good pull in one of the launch events, but you aren’t going to complain if you don’t get it. It can help you gain duplicates that can be used to evolve weapons and characters alongside the items dropped from stories and events, but it again feels like a bonus, not a necessity. 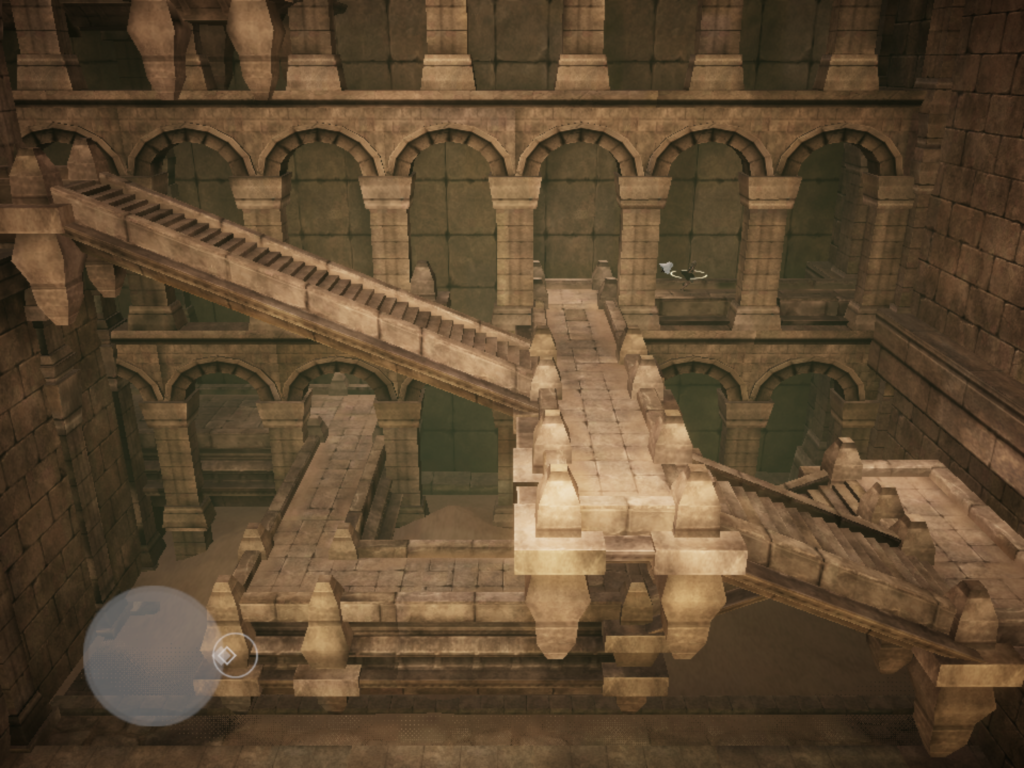 And it’s a bonus people are happy to engage with when the game is as good as this. The game has deservedly shot up to being one of the top-grossing mobile games since its release, making it one of the largest Japanese mobile launches since Dragon Quest TACT last year.

NieR: Re[in]carnation won’t be for everyone because of its linearity and basic gameplay, but for a mobile experience where you can dive in and out of the world of NieR at will, it’s a superb incarnation into the world that will be worth returning to again and again as time goes on. The wait for an English release will be hard, but I can assure you, it will be worth it.