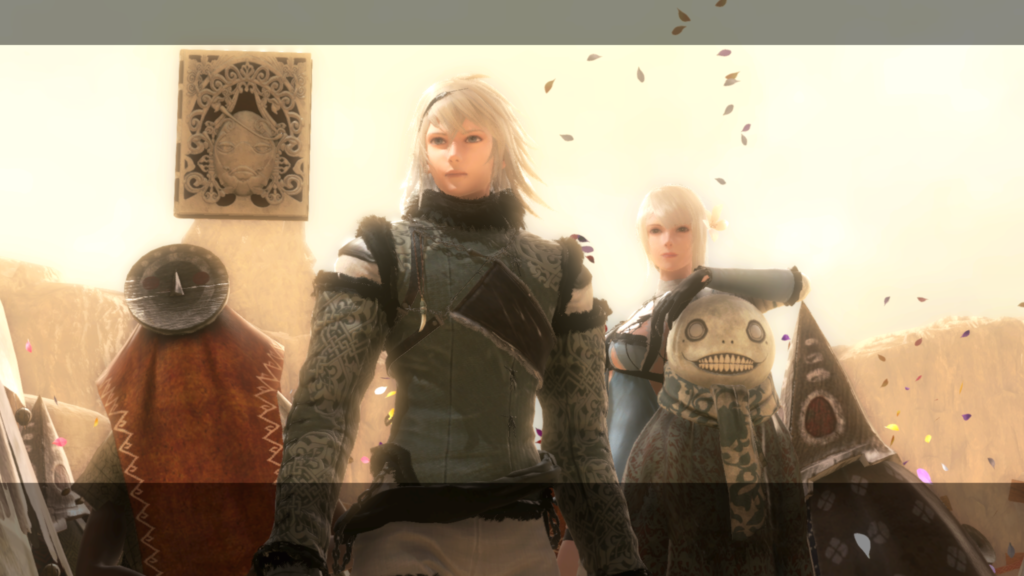 Few games feel as representative of their creator as NieR Replicant. Even though this version of NieR is designed as a remake of a once-derided cult classic, the journey this game, and indeed Yoko Taro himself, has taken since that game’s release remolds this solemn, introspective experience into something different from what it was when first released.

NieR released for the Xbox 360 and PS3 in 2010. The story follows a protagonist trying to find a cure for a mysterious, ravenous disease known as the Black Scrawl in a world far removed from the one we recognize today. Creatures known as Shades now roam the lands and cause terror for the few remaining humans, and you are simply trying to cure your daughter in this unwelcoming, fractured world. NieR Replicant has been developed as a remake of that game.

And yet to call NieR Replicant a remake, or even an upgrade as Yoko Taro has insisted, feels somewhat disingenuous. With a game so heavily tied to the creator’s ideals and perceptions on gaming and storytelling such as this, no update could truly be the same game when divorced from its original context. NieR had to change, and change it did.

NieR is a game all about perception, from both its audience and its developers. It’s impossible to experience or perceive Replicant in the way a player would encounter the game in 2010, thanks to the growing public appreciation of Yoko Taro and intentional changes that have been made to the game’s structure through new combat and story elements. As a result, the NieR Replicant that can be played today is not the NieR that those small number of players came into contact with over a decade ago.

NieR Replicant is a game that, for all its strengths, is grappling with a perception problem.

A Product of Circumstance

To understand NieR Replicant, you first need to look back. Before NieR: Automata, Yoko Taro had always sat on the peripheries of the gaming industry, critical of its conventions and challenging them at every opportunity.

NieR was birthed from the Drakengard franchise, itself a product of a desire to capitalize on Dynasty Warrior’s success that resulted in a game that criticized the joy of slaughtering hundreds of people such a game encouraged. As touched upon in my retrospective for NieR’s 10th anniversary, this anger at the unwarranted killing and celebration of violence formed the rock of this franchise and solidified Yoko Taro’s directorial style. He defined this in a GDC discussion from 2014: ‘gray area’ game development that pushed the envelope on what was possible.

NieR twisted the conventions of a high fantasy JRPG against the player, using expected mechanics and the implementation of gameplay styles borrowed from other titles to challenge the player on the actions they were forced to undertake on their journey to save the protagonist’s daughter. This reached into the game’s story as well, as our understanding of events is repeatedly, fundamentally challenged.

And the blood is on our hands.

We see what we want to see, and find whatever evidence we can to back up our ideas while ignoring anything that may challenge our preconceptions. Our desire to see the ending is used by the story to challenge our morality, and for what purpose?

These ideas thrived within the original NieR, and are all brought across to NieR Replicant. It’s hard not to reflect the game onto the man steering its development, as it turns solitary outcasts into an unlikely party of leads, yet wishes for us not to glorify avatars just as flawed as the player controlling them. For someone relegated to the background and able to continue making games mostly thanks to the perseverance of a single producer in Yosuke Saito who believed in him, it’s hard not to see Yoko Taro’s personal misgivings as another piece of this game’s complex puzzle. 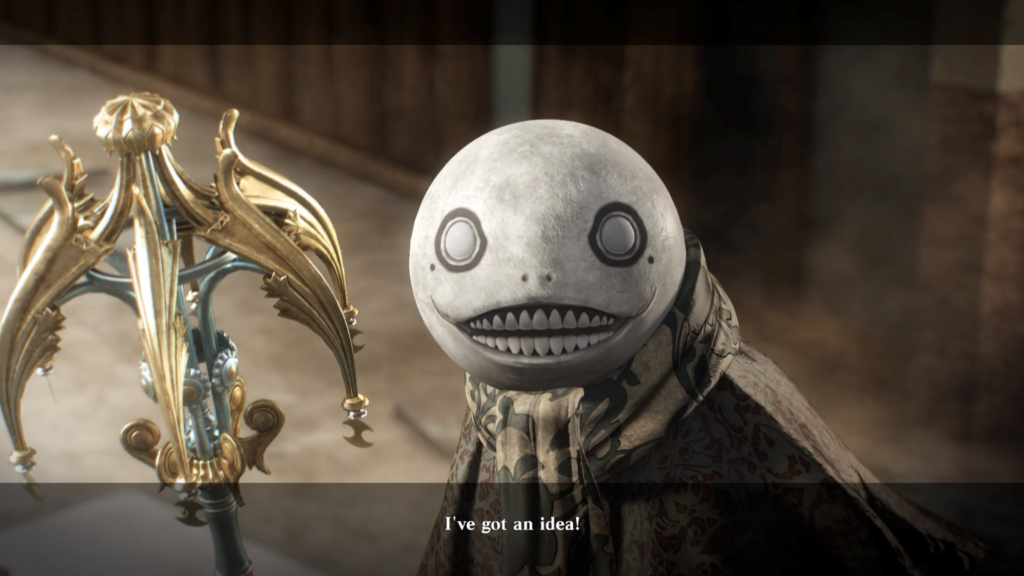 Ironically, for a game so preoccupied with weaponizing our perspective, NieR was a victim of people’s perceptions of Japanese games in 2010. Keiji Inafune’s famous ‘Japanese games are dead’ interview summarized a mood that derided an entire country’s output as low-quality trash in the early HD era, and NieR suffered from this mindset.

While certainly rough in places, interesting ideas were lost amidst a perception that Japanese gaming was past its prime. The game locks its best content behind obtuse barriers and required replays that make it difficult to entice unfamiliar audiences into the full experience. In such a climate and with rough hack-and-slash gameplay, of course critical and commercial response was mixed.

Circumstances couldn’t be more different for NieR Replicant. Japanese games are stronger than they’ve ever been, with best-selling games including Japanese franchises like Animal Crossing, Monster Hunter, and Resident Evil. For Yoko Taro, his image as an unknown was shattered thanks to an E3 2015 presentation where a masked man introduced a new action title from Platinum Games that would go on to become one of SQUARE ENIX’s strongest-performing RPGs ever: NieR Automata.

Suddenly, Yoko Taro’s work and career were subject to an industry-wide re-evaluation. These same gray area ideas were once again weaponized to superb effect in NieR Automata, and this led many to revisit NieR and find a diamond in the rough. It’s in this context that Yoko Taro has revisited this 2010 cult title in a shinier package, with the ability to reintroduce content once removed for budgetary concerns.

With NieR Replicant, a game all about player perspective and challenging of conventions was being recontextualized and reimagined in the mind of a director transformed by success. Whereas the original NieR was received against a hostile environment, NieR Replicant was highly anticipated. Importantly, it was being received in a post-Automata world, and what had once been the original experience was now always going to be consumed within a lingering shadow.

At the same time, NieR Replicant is not what it was in 2010 because it is embodying, rather than challenging, popular trends. Games are more willing to challenge conventions and think outside the box than they were in 2010, with games like Undertale, the growing success of Minecraft, and the vastly expanding possibilities found within titles like Fortnite building virtual spaces that expand the definition of the word ‘game’. 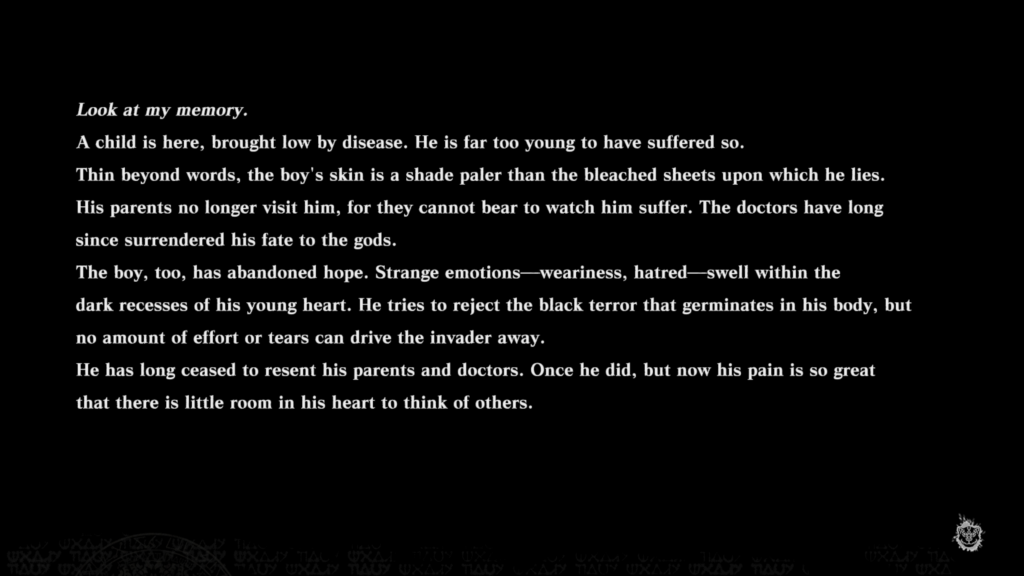 Players familiar with NieR will find a game distinct from the one they once remembered. Slow, somewhat clunky gameplay is far cleaner, a blend of the original and Automata. Graphics are refined and more welcoming even if the world remains refreshingly barren, while new story content from minor scenes to a major new quest known as Episode Mermaid has changed the tone of the experience.

Yoko Taro may have only guided an experience directed by a new team at Toylogic, his story involvement is impossible to ignore. This is still undoubtedly his tale, with new content guided by his vision.

Yet it’s arguably this that exacerbates the perception problem of a game desperate to throw itself into the trail blazed by its more successful sibling. Some reintroduced content was detailed in a book known as Grimoire NieR, a guide of sorts that also provided short stories expanding on the lore of the original game.

NieR will only reveal its full story to players who complete all four of its endings, but there had once been plans for a fifth ‘ending E’ that would take place after the events of the game. This had been cut for budgetary and time reasons but makes its return in Replicant, albeit not in the way envisioned in those pages. This, too, has been adapted and recontextualized in the context of the robotic world of Automata, coded by its links to that experience.

NieR Replicant has been transformed into NieR Automata 0, for better or for worse. And that’s by design, as NieR Replicant’s final ending serves to thematically tie up an entire franchise. 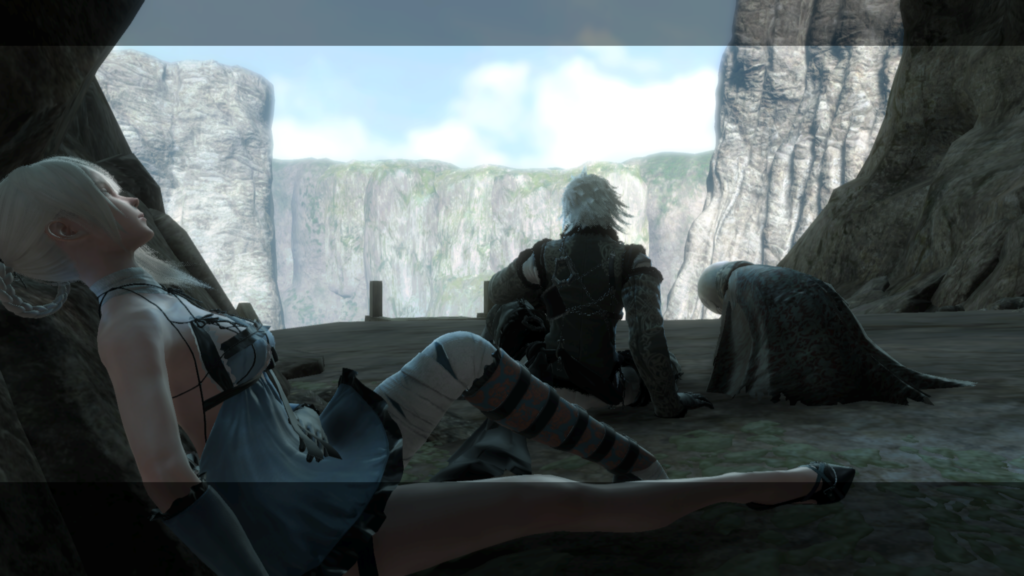 Yoko Taro is no longer the same director that he was in 2010, so perhaps this was to be expected. But the result of minor changes throughout the experience and the deliberate decisions made transform a solitary, somber reflection on an industry and director in flux into an attempt to recapture a feeling of loneliness by a man who has become one of gaming’s most central figures.

None of this is to suggest that such changes are a bad thing. Episode Mermaid reflects the somber and lonely toll this world has placed on people as it questions the idea of what it means to be human, something expanded upon in other additional content. And for the things that stay the same, the journey of Kaine as someone desperate to find a place in the world and move on from loathing who they are is just as resonant if not more powerful and unique than it was when the game first released. But these ideas no longer stand independent and in rebellion. 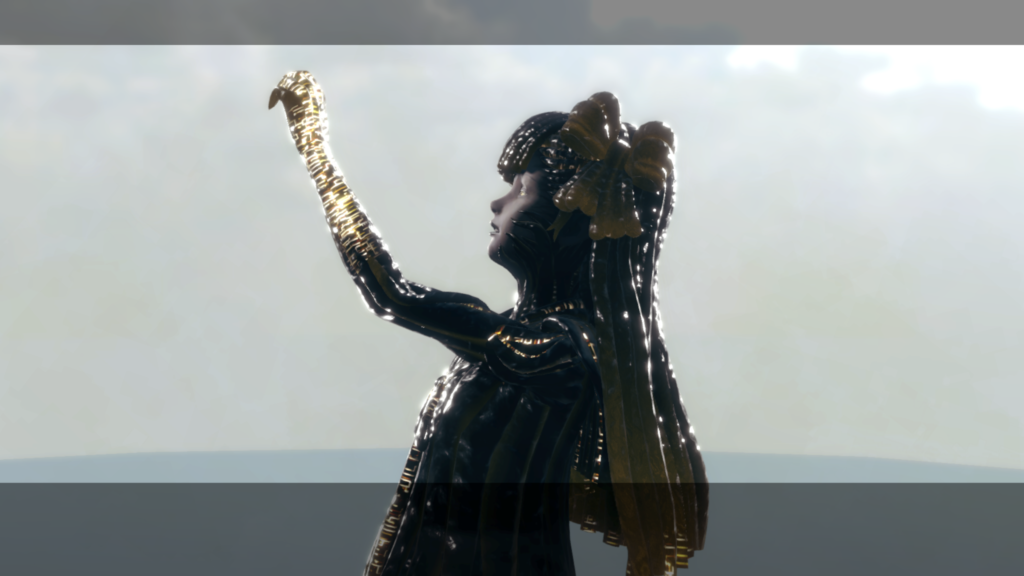 Perhaps this was the inevitable consequence of a decision to create NieR Replicant all these years later. An experience so tied to a director’s sense of self is also one that can’t be replicated without opening a Pandora’s Box of intentions and missed opportunities. Even if the resulting game is still just as much of a masterpiece as it was all those years ago, and even as I cry as the credits roll down my screen one last time, I can’t help but ponder what has been lost just as much as I welcome what has been gained over this past decade.

At least, that’s my perception of things.