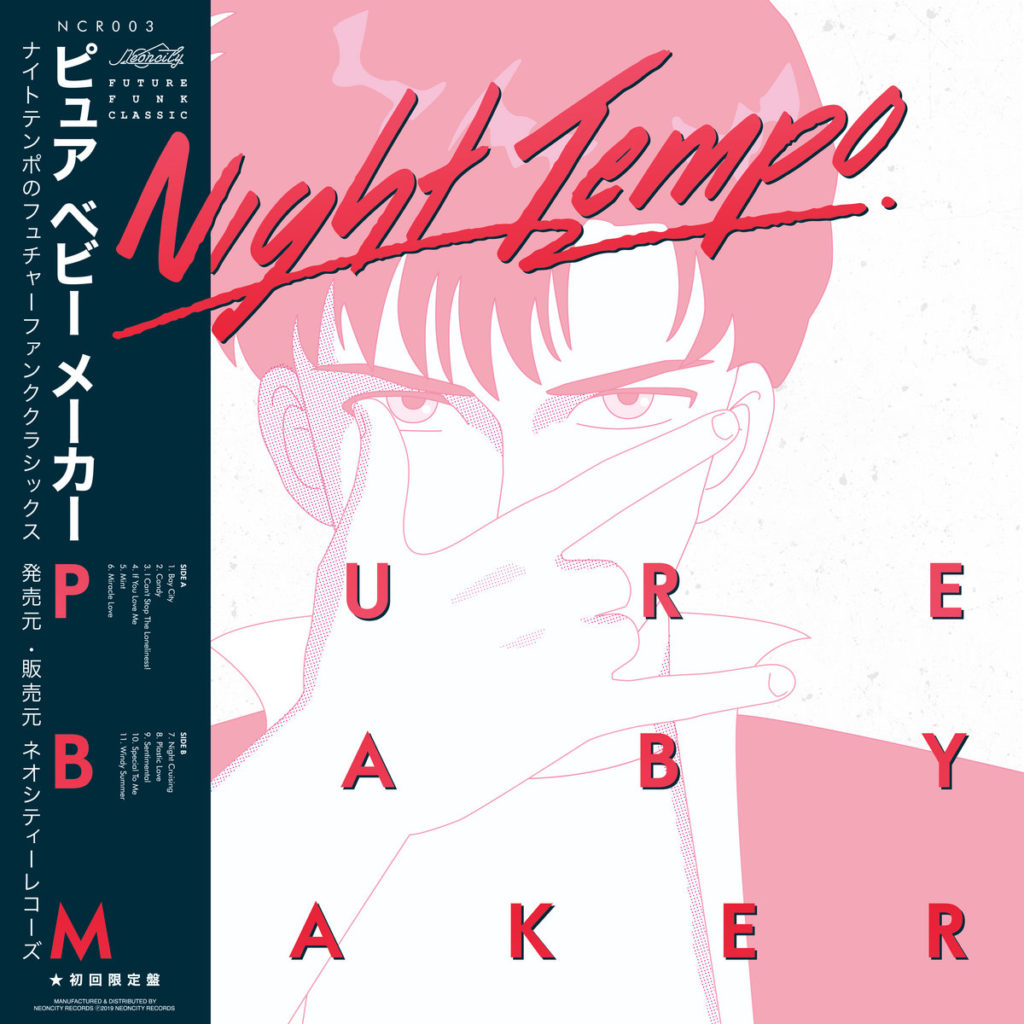 The Vaporwave and Future Funk trends started off as an experiment of sorts in art and music.

Initially, exploration of the two was met with more intrigue and morbid curiosity than positive reception, but as the movement grew over time, more developed artists began to emerge from the woodworks, choosing Future Funk especially as their signature method to express themselves in music. One such artist is Jung KyungHo, AKA Night Tempo, a DJ based out of Seoul South Korea with a love for a certain aesthetic and a knack for reinvigorating old tracks with modern mojo.

Night Tempo is an artist occupying an imposing presence on Bandcamp and Soundcloud. Stylized as 夜韻, the kanji characters for “Evening” and “Rhyme / Meter” in Japanese as depicted in album art and the title of one of his album releases, Night Tempo is primarily focused on the preservation and proliferation of culture from the 80s, and often remixes City Pop songs from that time period of jpop music, combining them with anime-esque artworks and or animations taken from 80s anime.

Night Tempo has been active on Soundcloud since around the middle of the 2010s, with a collection of his earlier Soundcloud works available on Bandcamp, among newer compositions.

A few of Night Tempo’s remixes featured on the Artzie Music Youtube channel have propelled him to instant fame amongst Vaporwave and Future Funk cliques, as well as general Funk and House music enthusiasts.

If You Love Me, a remix of Tatsuro Yamashita’s 1977 song Love Space has accumulated over 1 million views and almost 20k likes on Youtube.

The song is accompanied by a simple looping animation taken from an anime series, which has become a standard companion aesthetic to nearly all things Future Funk. This number is absolutely eclipsed, however, by Night Tempo’s remix of Mariya Takeuchi’s Plastic Love, a City Pop classic that has exploded in popularity on its own over the last few years.

Plastic Love (Night Tempo 100% Pure Remastered) has reached 10 million views and is closing in on 150k likes, a number that is almost able to rival the original in popularity as far as Youtube is concerned. Whether the surge in popularity for one ultimately led to increased traffic for the other is hard to say; the video for Night Tempo’s remix has been around since before the original Plastic Love video achieved mass popularity, but it’s hard to tell exactly when most of the hits occurred.

Both of these tracks and several more of Night Tempo’s remixes, including one of Junko Yagami’s 1983 hit Tasogare no Bay City is featured on the album, Pure Baby Maker [Rewind], curated by Hong Kong-based Bandcamp record label Neoncity Records. Neoncity Records has become a haven for Night Tempo and other Future Funk artists like Desired, Vantage, and YUNG BAE, featuring more than 50 of these artists’ (and others’) most iconic releases.

Aside from remixes, Night Tempo has produced a number of original Funk, Chill, and even some Hip-Hop-esque jams over many albums and singles released on his Bandcamp page. Be sure to check out 夜韻 Night Tempo and the Babymaker series of releases for some of the freshest Future Funk dance tracks on the internet.