Nights Into Dreams: One of Sega’s Milder Masterpieces 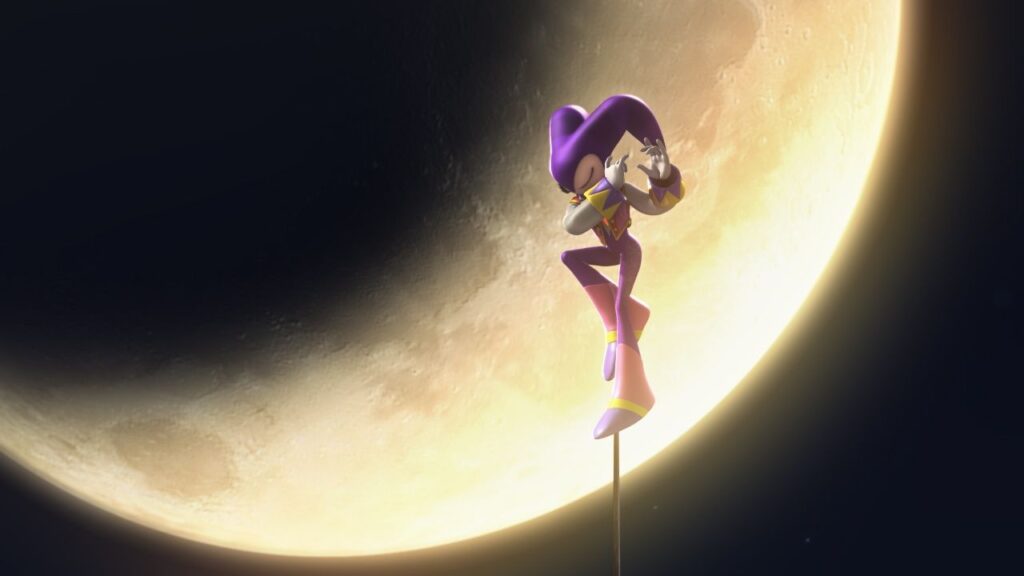 Sonic the Hedgehog has always been synonymous with Sega. During the 90s, when the Sega Saturn had its moment to prove itself, the usual blue mascot was nowhere to be found. Instead, the creative minds originally behind the hedgehog had already been hard at work developing an entirely new game, one that ultimately felt similar to Sonic’s SD endeavors on the Genesis, but with the game play focused on soaring through the sky and flying through rings, rather than running through loops, jumping on springboards, and collecting air bubbles to narrowly avoid a nerve-wracking drowning death. The game they ended up with was Nights Into Dreams, and it was released in the summer of 1996.

The game was spectacular by its own merits; it was visually vibrant and appealing, featuring graphics that at the time would be considered state of the art. The soundtrack was just as good, if not better than that of the Sonic titles.

It was a collaboration between Sonic CD (Japanese version soundtrack, as the North American version had a different score entirely) veteran Naofumi Hataya, Tomoko Sasaski who made a name for herself with this game’s soundtrack, and Fumie Kumatani, who would later provide music for Sonic Adventure and other games. The gameplay felt leisurely and rewarding, and encouraged multiple playthroughs as the player would try to best their previous runs. Basically, the game had everything it needed to excel on the surface level.

The unfortunate downside to Nights Into Dreams is that while it was a great game through and through, it didn’t have the necessary mojo to fill the shoes (yes, those red and white sneakers we know all too well) or the niche that Sonic occupied during the previous generation.

None of the characters were too interesting, nor was there any particular one that exhibited the appropriate level of attitude and or charm required to fill a mascot role. The game was simply an above average title on a system that was constantly losing its footing throughout the 32-bit era, and wasn’t the console-selling hit or image defining, head-turning work that the Sega Saturn needed to rebound.

Despite all that, the game did deliver a unique experience. So what was it like?

Nights Into Dreams essentially felt like Sonic had ascended to a higher plane. Although the backgrounds and character models were 3D, the game still played like a 2D game. The special Saturn 3D Controller featured an analogue stick that controlled the game smoothly and flawlessly, a welcome change of pace when compared to the previous model. 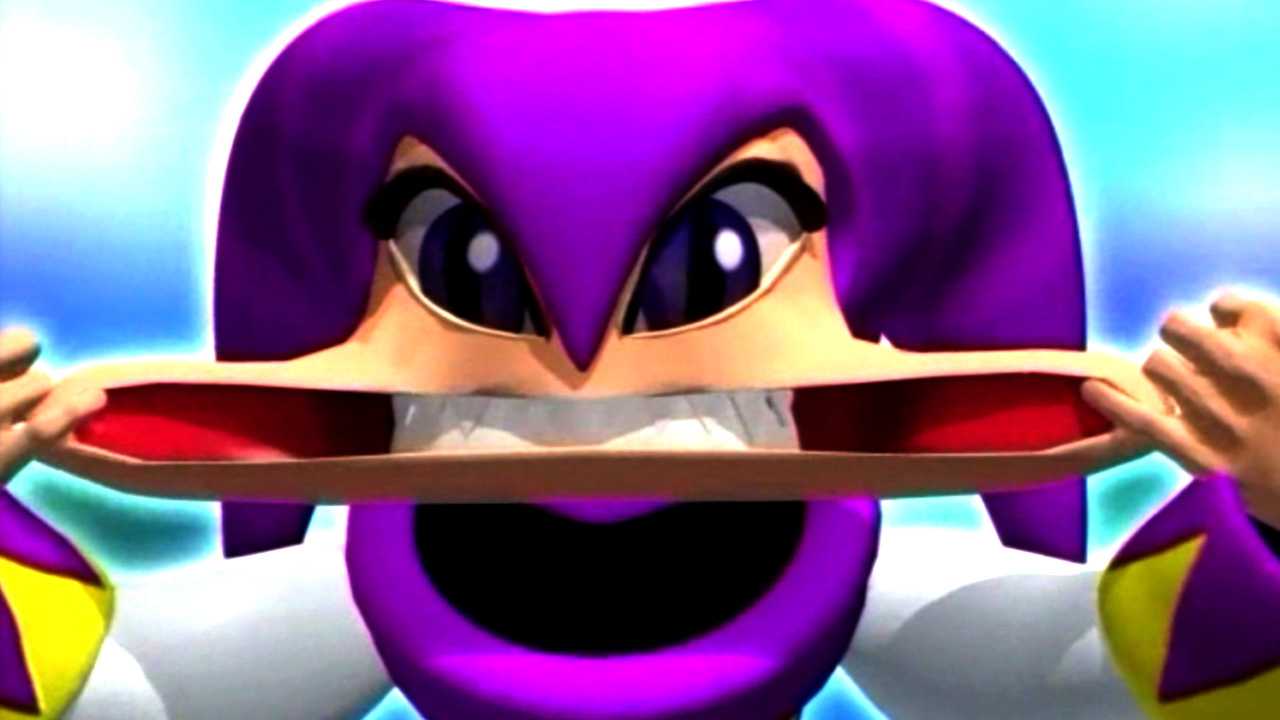 The Sonic games on the Genesis (Mega Drive) are classics, but let’s face it: Sometimes it was frustrating to control the blue guy and or keep track of all the action at once due to the speed. By contrast, Nights Into Dreams was a much more relaxing game to play, as if one were playing Sonic the Hedgehog while experiencing a high of some sort.

The core element of gameplay of Nights Into Dreams revolves around a timer, but the player seldom feels too much pressure, except maybe during the boss fights at the end of each level… Rather, the game offers a scoring system based on ‘linking’ actions to perform combos, and a grading system.

The real challenge present in the game is completing the subsections of each level called ‘mares’ as quickly as possible and using your remaining bonus time to revisit them and rack up more points. Colliding with enemies can result in time penalties applied. Although the gameplay might not seem challenging on the surface, executing each mare perfectly required practice and patience.

The story of the game focused around the dreams of two teenagers, Elliot and Claris, who are transported to Nightopia in their dreams and unleash the power of Nights, a weird purple jester thing that resembles a Sonic the Hedgehog character but with much less personality. Together with Nights, they must thwart Wizeman, an evil being seeking to conquer Nightopia, and eventually the real world. There are three stages unique to both Elliot and Claris, and a final stage.

It isn’t particularly compelling. The main offering of Nights Into Dreams is the provocative soundtrack and addictive gameplay. It didn’t really make the massive splash that it could have, but it did send some ripples that made it worth revisiting in the future.

Christmas Nights, in an effort to generate buzz for the game, was essentially a demo of the game that included one level playable by either character. It featured holiday themes, and changed certain elements of the game based on the Saturn’s internal clock to correspond with holidays throughout the year, specifically Christmas. The disc was included with various publications and holiday bundles, depending on the country. 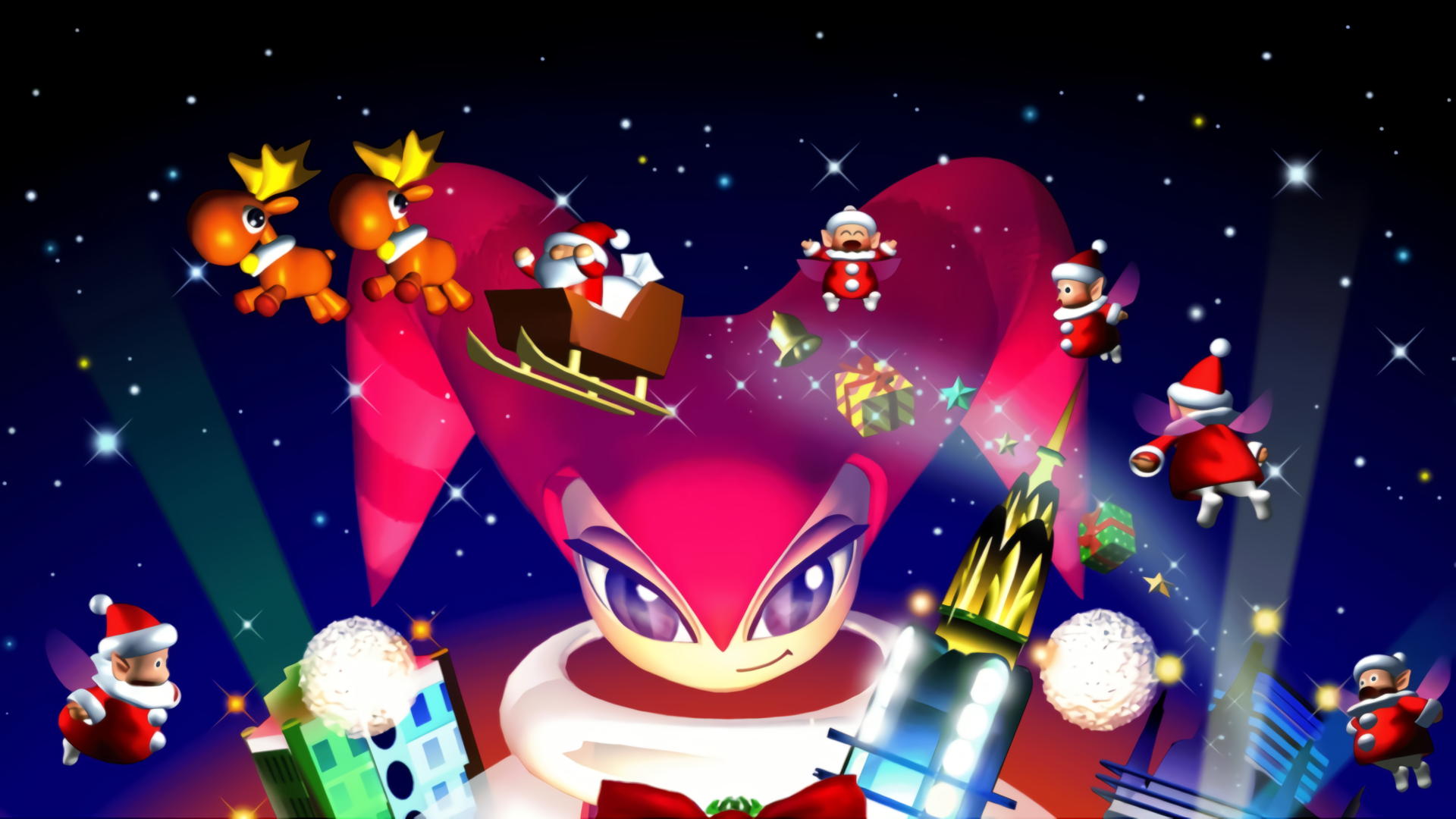 Essentially, it was a cornucopia of easter eggs. One mode even put the player in command of Sonic himself, as he assumed Nights’ role, and flew through the air on a quest to thwart his arch nemesis, Dr. Robotnik. The Christmas Nights content is also unlockable on the subsequent re-releases of the game upon first completion of the entire game.

Yes, Nights into Dreams did eventually get ports, which makes it more accessible than some of the Sega Saturn’s more scarce gaming experiences. In 2008, a Playstation 2 version of the game was released, which was then given higher definition graphics and ported to the Playstation 3, Xbox 360, and Windows PC in 2012.

During the holiday season of 2007, Nights into Dreams got a sequel for the Nintendo Wii under the title Nights: Journey of Dreams. For fans of the series, a sequel was welcome. It received very average reviews, as it felt a little dated upon release. A common flaw shared amongst both Nights: Journey of Dreams and some of the ports of the original game is that they didn’t have the same flawless control that the original Sega Saturn version did.

The game as a whole felt like more of the same, but considering the 10+ year gap between the two, the game came across as more of a lack of refinement that squandered away the series’ second chance to wow gamers and achieve mainstream popularity.

Sega had big expectations for the Nights franchise that didn’t necessarily develop as planned, and the character Nights itself hasn’t played much of a role in the extended Sonic The Hedgehog universe. Hopefully, it will one day be included within.

The prospects of an actual Nights and Sonic crossover would surely leave gamers who have had the whole Nights Into Dreams experience at one point in their lives surprised and excited. A third game could eventually see the light of day… or night, rather. I would play it, and you should probably play the original.

The Ephemeral Sounds Of NiGHTS Into Dreams