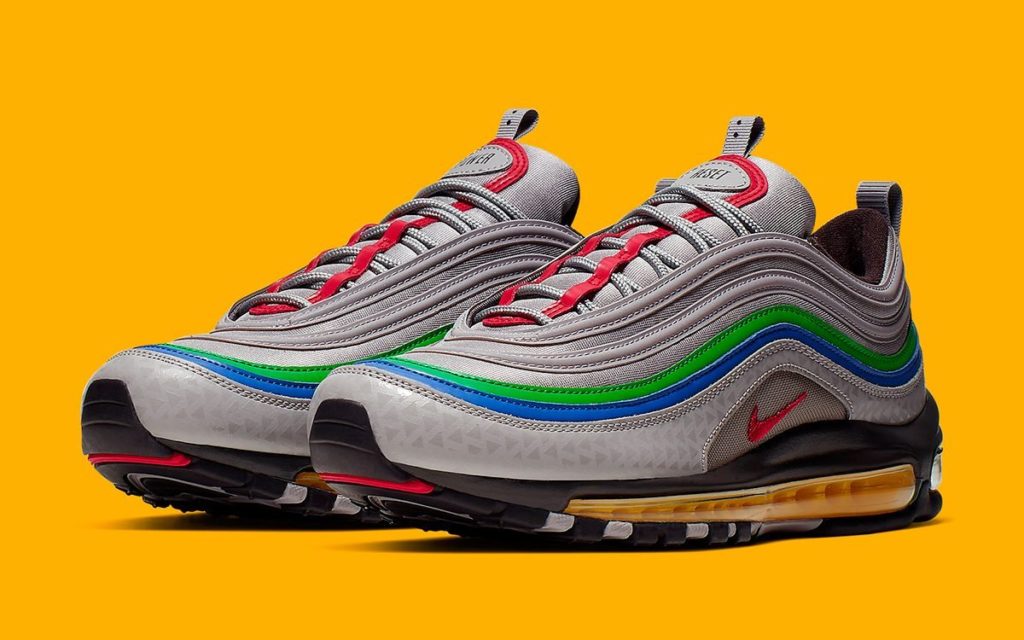 Nike announced that they will be releasing a pair of Nintendo 64 Air Max 97’s, inspired by the classic Nintendo 64 console. Although there isn’t a set release date for the sneakers yet, they’ll likely be snatched up very quickly from Nike’s website when they do drop. I have a guess for the release date, however, considering the 23rd anniversary of the Nintendo 64’s release is coming up on September 26th. Coincidentally, both the Nintendo 64 and the Nike Air Max 97’s were released just months apart in 1996/1997.

Nike isn’t the only popular shoe company to have created a pair of sneakers based on the legendary console. Reebok announced their own pair of Nintendo 64 Aztreks at the end of 2018, boasting a bright color palette based off the Nintendo 64’s color controller buttons. I actually like Reebok’s version more, but the shoelaces that say “GAMER” all over them is sort of a deal breaker. I feel like Nike’s Nintendo 64 Air Max 97’s can fit better with an expensive street fashion outfit, and the toned-down color scheme presents as more mature and subtle.

The Nintendo 64 Air Max 97’s will probably go for 170 USD on release, and I’m guessing they’re going to be a hard cop since shoe maniacs watch for sneakers like crazed vultures. Better keep an eye on Nike’s website.

Custom Tom Nook Nike Air Force 1 Design Has Us Screaming Shut Up And Take My Bells!