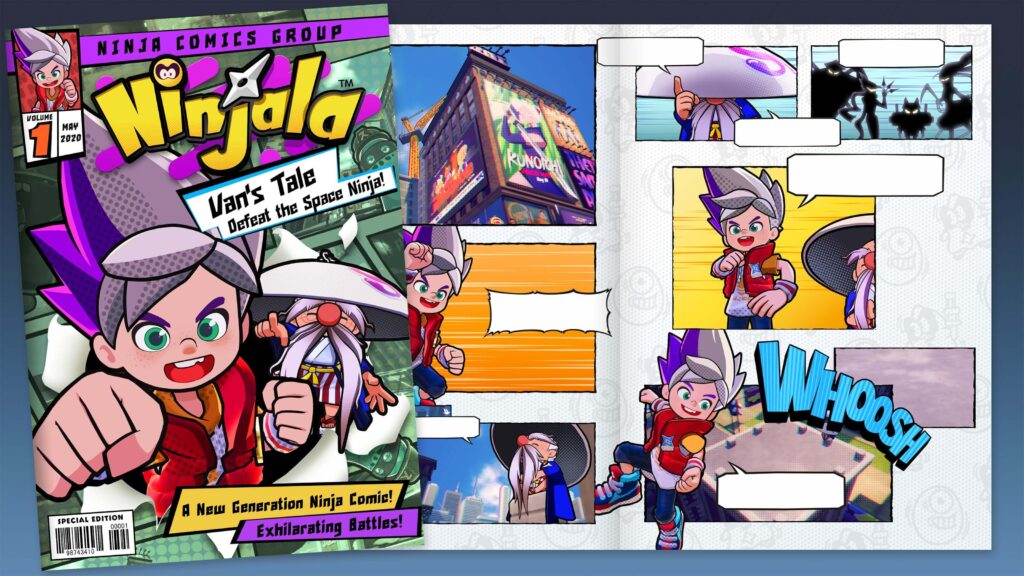 Ninjala is one of those IPs that kind of took the world by storm. Not too much unlike GungHo Entertainment’s Puzzle & Dragons series, their Ninjala brand is unlike any other. Many people make the assumption that Ninjala is a blatant rip-off of Splatoon due to their similar-looking art styles and online gameplay, but it couldn’t be further from the truth. Ninjala is a great game and deserves every ounce of attention it’s getting.

Earlier in the year, the franchise started having a manga related to the series be serialized as part of Corocoro Comics which included codes for limited items to use within the Ninjala game. Now the series is getting its own standalone manga on October 28th. 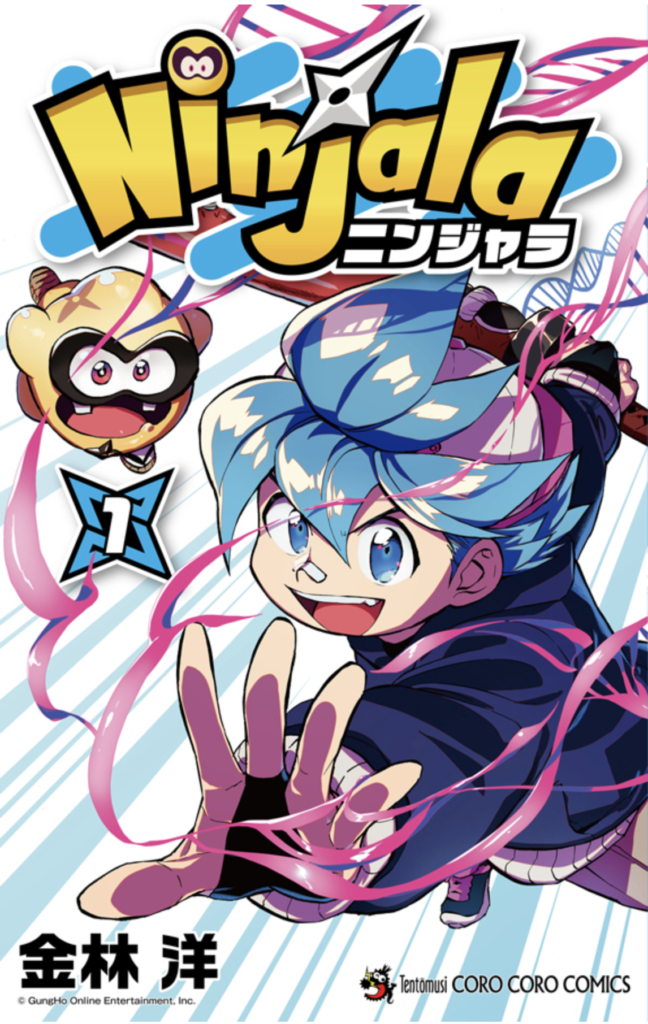 For those of you who are unfamiliar with the Ninjala series, let me give you a quick rundown.

The year is 20XX. The ninja, who once forged the history of Japan, were scattered across the country during the Meiji Restoration.

As these ninja mingled with the other clans, their bloodline thinned, and they gradually faded from sight. The descendants of these ninja clans, seeking to preserve their heritage, formed the WNA (World Ninja Association) in the hope of carrying on their legacy.

And so it was that the WNA succeeded in developing Ninja-Gum, an art which could summon forth the strength of the Shinobi.

And yet creating the most powerful Ninja-Gum requires the strongest of ninja DNA.
So it was that the Ninjala Tournament was held, that the mightiest of all ninjas could be found…

Pretty awesome right? So far there have been 3 volumes of Ninjala printed within Corocoro Comics and they’re sure to continue just as the Splatoon manga did across the years. I look forward to seeing what GungHo is going to be doing with the franchise as it continues to gain popularity worldwide.