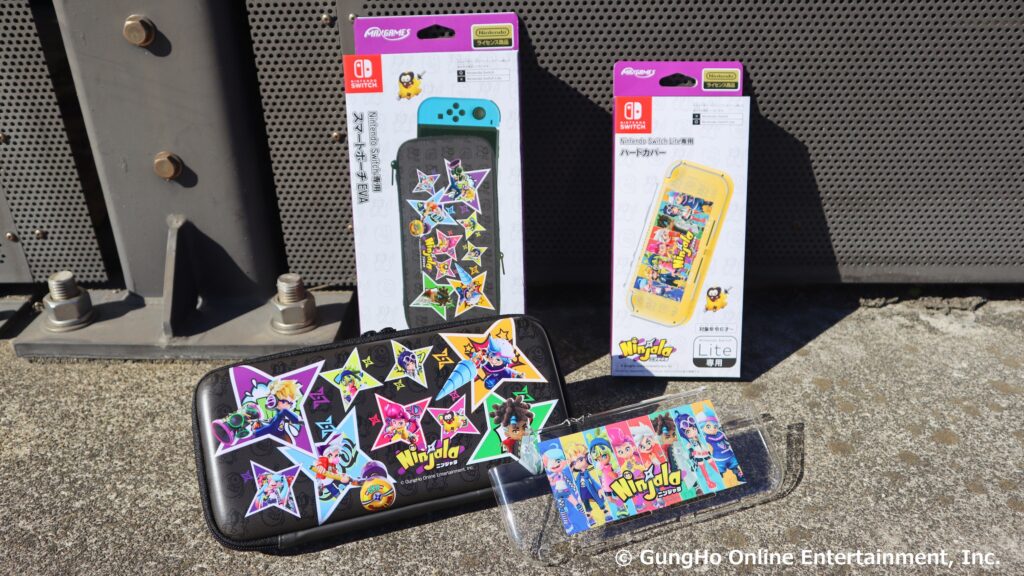 Ninjala is one of those titles that honestly I didn’t see taking off as much as it did. It really feels like everywhere I look online, I can see something related to the title. After playing the game for myself, I can see just why it is as popular as it is, especially with the super-colorful art and the absurdly catchy music. Not to mention the whole ninja gimmick is really fun to play around with. Today, MaxGames and Happinet announced that they will be releasing officially Nintendo licensed accessories for the Nintendo Switch and Switch Lite relating to the Ninjala series. 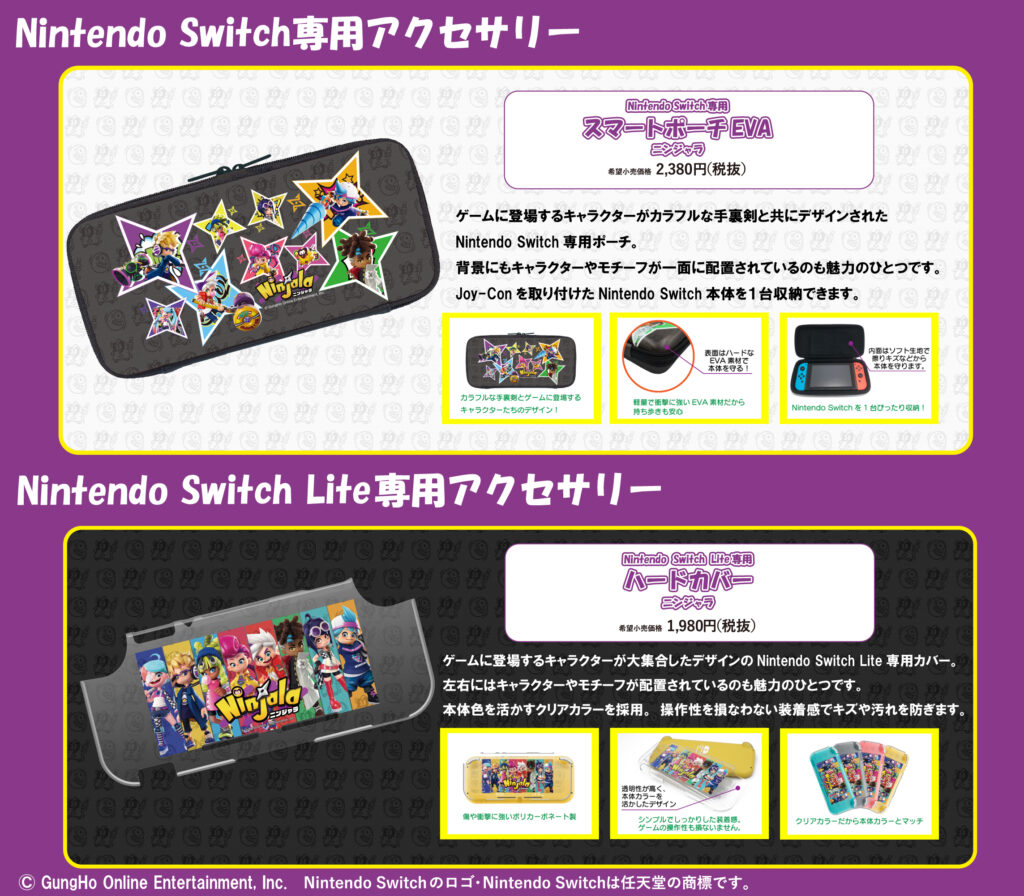 The company announced that they will release two cases for the Nintendo Switch and Switch Lite, each having its own form of unique art from Ninjala. The Nintendo Switch case is more of a pouch that you put your console in, whereas the Switch Lite case is a hardshell case that clips onto the back of the device. Both of the cases look to be made fairly well, and come with the official Nintendo Seal of Approval. There is certainly a level of quality that has to be achieved from an accessory manufacturer to receive such approval.

The two cases will be available for order starting on 22 January 2021 through the official Happinet Online Shop. With the popularity of the Ninjala series here in Japan, I can totally see them offering these two cases at electronics stores nationwide as well. This is something that is fairly common. If you’re a fan of the series and you’re looking to get your hands on one of these cases, you’re likely going to have to have a friend out here in Japan to order for you or you need to find a proxy.