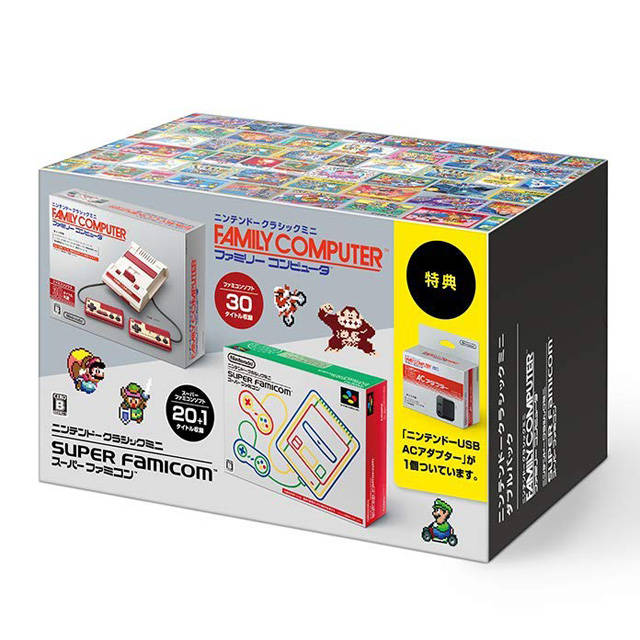 It’s absolutely no secret that Nintendo’s latest “Classic Mini” series of micro-sized throwback consoles has been a massive success, with for the longest time both the NES Classic and SNES Classic selling out on-sight. That success isn’t limited to international releases either, with both the Famicom Mini and Super Famicom Mini in Japan being an extremely hot commodity up until recently when the stock began to stabilize; leading into Nintendo announcing their new double pack for both Classic consoles in one package. Set to release exclusively in Japan on September 15, the double pack will contain both the Famicom and Super Famicom mini consoles, as well as a single USB AC Adapter at a price point of 15,077 yen. Originally kicked off with the release of the Famicom Mini in 2016, a modern miniature take on the classic home console, it would only be a year later that we saw the release of the Super Famicom Mini in 2017.

Those interested in checking out further information on the upcoming release of the Classic Mini double pack in Japan, you can check out the device’s store page.