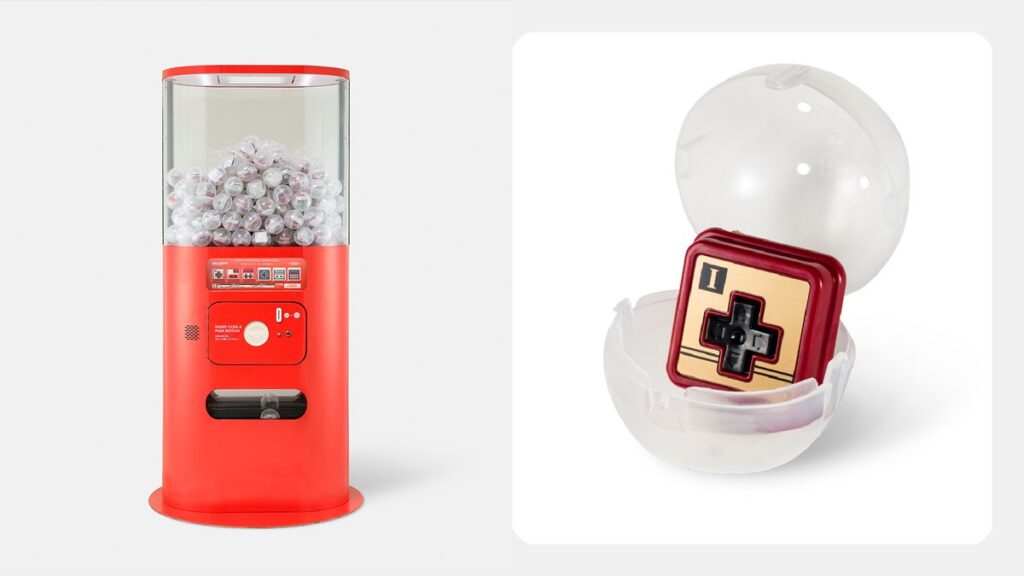 Nintendo TOKYO has many really awesome items throughout the entire store, but today, they announced a new series of capsule toys that might be the most awesome yet: a Famicom / Nintendo Entertainment System controller button collection. 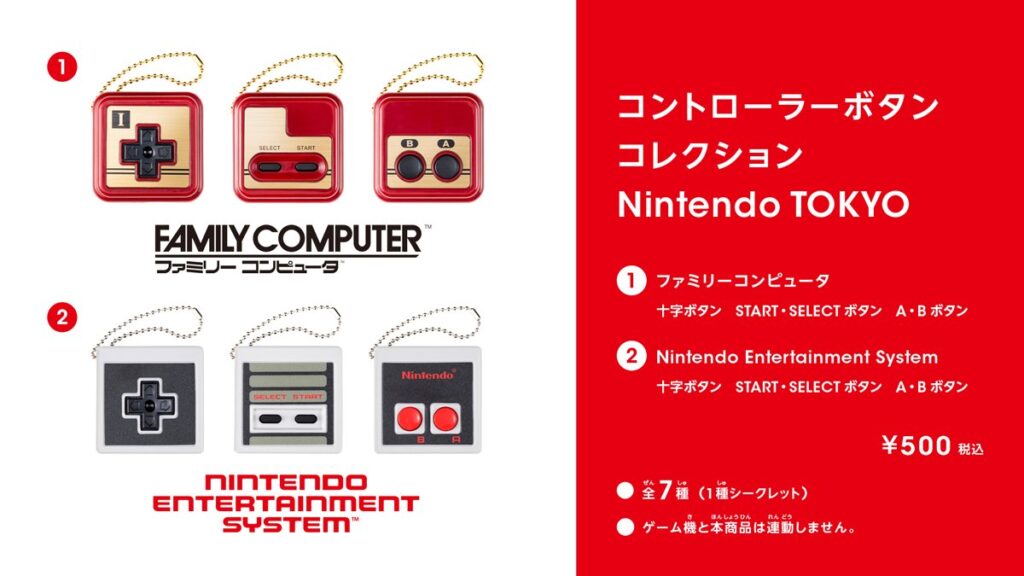 There are two different sets: One based on the controller of the Japanese Famicom controller and one based on the North American Nintendo Entertainment System console. Each controller comes in three separate parts, with each toy representing a different series of buttons. One is the D-Pad, another is the start and select button, and the last is the B and A buttons. There is also a secret one that isn’t displayed.

Each Controller Button Capsule Collection toy will cost ¥500 and are dispensed randomly. If you’re in the Tokyo area, you should make your way to the Nintendo TOKYO store in Shibuya to try your hand at getting the full set. Nintendo has not announced how long the capsule toy collection will be around, so time is of the essence!