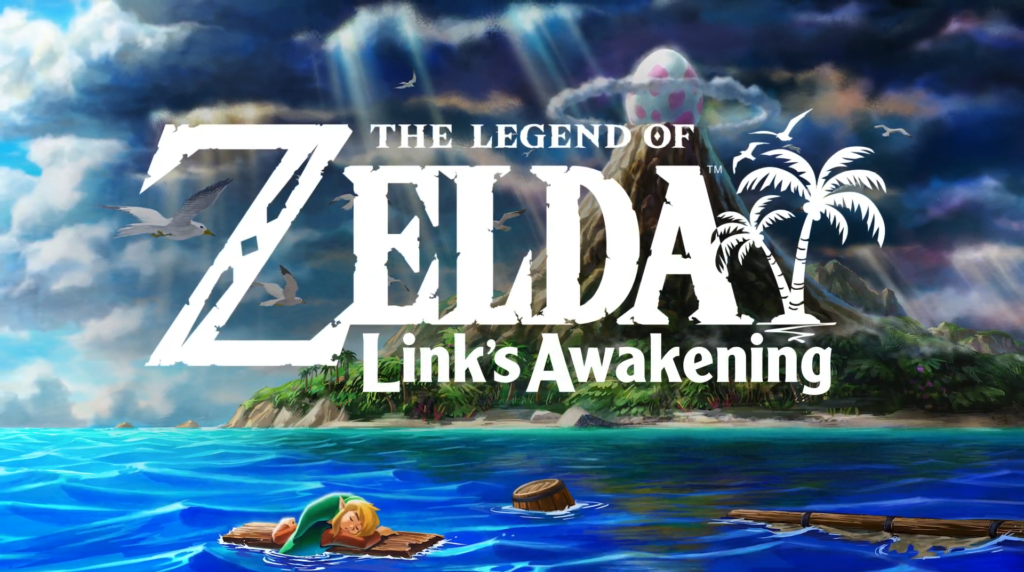 Before the new Nintendo Direct began, the thing I mainly wanted from this event was to be surprised. I knew my wild fantasy of a Band Brothers game in my preview article for this Direct was never going to happen, yet I also feel Nintendo has been rather safe with their Switch output so far this generation. Between ports and massive tentpole games like Mario, Zelda and Smash Bros., coupled with a lack of games on the eShop with a smaller scope and more experimentation, I felt Nintendo could be doing more to show off just how creative they can be. While there wasn’t necessarily anything wrong with any of the games they had released so far, I wanted an announcement that came completely out of left field that amazed and surprised me in equal measure. Luckily, this event gave me exactly that.

The event began with the long-rumored but still exciting sequel to Mario Maker, aptly titled Super Mario Maker 2. The original game found success in a way that many Wii U games struggled to find, not just through its sales figures but its popularity with Twitch streamers and viewers who enjoyed seeing unique fan-created Mario levels. This new version of the game not only introduces a new interface for creating levels but also brings Super Mario 3D World into the game. Previously a 3D title with heavy inspiration from its 2D predecessors, this translates the gameplay of that game into a 2D plane, complete with its unique and fun-to-use catsuit power-up that allowed players to scale walls and scratch at oncoming enemies. I loved that game, and though it’s a shame that it hasn’t also made the leap to the hybrid system, it was nice to see it all the same. Super Mario Maker 2 is set to launch in June 2019.

Before the event began we knew that Fire Emblem Three Houses would be receiving a glut of new information during this event, and although a perhaps expected delay to this Summer (July to be exact) was announced, more details about the world, story, and mechanics were shared. Alongside an explainer for the world within which this game takes place, with a description of the roles of the three kingdoms from which the name is derived from and the neutral territory of Fódlan, we got to learn how the game was to be structured.

In the game you take the role of a teacher, training your students in both battle scenarios in the field (with the series’ traditional parma-death in full effect… you’d think a teacher putting a student in such danger would no longer have a job but there you go). Perhaps taking inspiration from the Valkyria Chronicles series, characters who work together and study together will form bonds that will grant them special abilities when in battle.

The game looks a bit better than the rather rough trailer that was shown at E3 2018, leading me to be cautiously optimistic that the game will turn out rather well upon its release on July 26. Alongside the standard edition of the game, a limited edition will also be sold that features an art book, sound selection CD, steenbok and calendar (a rather odd choice for a game releasing in July but why not?). In Europe, this CD has been replaced with a USB stick containing the same songs found on the CD release.

Nintendo has shied away from the eShop ever since publishing Snipperclips back at the system’s launch, leaving the eShop to be populated by a range of exciting and inventive indie games. The Box Boy games on Nintendo 3DS never failed to disappoint with unique puzzles and a clean visual style, following a cube who could spawn other cubes that he could use to traverse a variety of stages. A sequel with over 270 stages is being promised for Nintendo Switch and will launch in April.

Instead of going in order through the entire event, I’m going to group a few smaller updates from the event together right here and now. Nintendo announced a mysterious version 3.0 update for Super Smash Bros. Ultimate, without detailing what it will include, alongside showing a character model (but no footage) for Persona 5’s Joker. Perhaps it would’ve been nice to receive a little more information on these things, but to know they’re on the way is nice nonetheless.

A new trailer was also shown off for Yoshi’s Crafted World, set for release on Switch on March 29, and though nothing major was revealed at this time, we did receive confirmation that a demo would be released later today.

Daemon x Machina, a rather ambitious and exciting mech game from Marvelous, was unfortunately delayed, however, although to make up for this it was announced that a demo, dubbed Prototype Missions, would be released later today. Similarly to Square Enix with Octopath Traveler, the developers are encouraging fans to send feedback to them after playing these missions in order to refine the game before it is released this summer.

After the announcement that a slew of Final Fantasy games would be coming to Nintendo Switch, this Direct also provided us with an update on those as well. Final Fantasy VII will finally release on a Nintendo platform, many years after the series left Nintendo consoles for Sony’s PlayStation 1. The series had been closely linked with Nintendo’s 8-bit and 16-bit consoles, but Nintendo’s choice to use cartridges for the Nintendo 64 famously caused the series to switch allegiances due to its scale. This legendary game will finally see a release on a Nintendo platform on March 26. You won’t have to wait that long if you want a PS1-era Final Fantasy game, however, with Final Fantasy IX being made available on the console today. Chocobo Mystery Dungeon, meanwhile, will release on March 20.

Captain Toad: Treasure Tracker originally released on Wii U before being ported to Nintendo Switch earlier this year, bringing its charming concept of controlling Captain Toad as he adventured through a series of small dioramic areas collecting gems along with the change in consoles. The port was rather barebones, with no new features and only 5 new stages being added that could be completed in the span of just 20 minutes, if not less.

In a perhaps surprising decision, Nintendo has decided to rectify this with the addition of 2-player co-op allowing both Captain Toad and Toadette to work together to complete each stage. Not only that, a set of new levels will be released as paid DLC later next month. I never expected this to happen, but I won’t lie, I can’t wait to play these.

These announcements on their own would probably make for a decent, if unspectacular, event on their own terms, in my opinion. You have Super Mario Maker 2 alongside a slew of announcements related to Final Fantasy, new DLC, unique eShop games and more, which combined makes for an interesting release schedule when combined with a series of announcements from Western studios (come on, we’re getting a Tetris Battle Royale game, what more do you want?). What made this event stronger was a set of new announcements that surprised and impressed in equal measure.

First off, Dragon Quest XI S. Although a trailer for the Switch version of this game has been shown off in the past, this new look at the game unveiled more information on the version’s exclusive content. This version of the latest title in the Dragon Quest series will include additional story content for each of the characters within your party, providing further information on their backstory and personality.

The previously 3DS-exclusive bonus feature that allowed players to switch between the HD graphics and a reproduction of the game in 16-bit pixel art graphics that replicated the style of older games in the series has returned for this definitive release as well. Considering the ability for this game to be taken on the move with very little compromise visually, alongside the additional story content and visual style choices available to players, naming this new release a definitive version of the game is very apt. No release date was provided at this time, but the game will release this fall.

Leaving the best till last, Nintendo closed the event with a 1-2 punch of brand new announcements no one had expected and that look incredibly promising. First up was a brand new IP from Platinum Games known as Astral Chain. The game has a host of star talent behind it, with character designer Masakazu Katsura, director Takahisa Taura and supervision from Hideki Kamiya.

Set in a futuristic city, players take their role as members of police special forces combatting the dangers of the city with the help of special weapons known as Legion. This instantly blew me away the moment I saw, promising lots of exploration and the intense action gameplay the company has become known for over the years. In many ways, it reminded me of Psycho-Pass due to your characters’ role in the police force and its setting, though it does veer drastically away from these similarities in other ways through its action and more paranormal elements.

The game is coming out rather soon considering the fact it was only recently announced as well, with the title launching exclusively on Nintendo Switch on August 30.

Closing out the event was another surprising yet welcome announcement. Although it has been re-released multiple times in the past, Nintendo has announced that they will remake The Legend of Zelda: Link’s Awakening for Nintendo Switch. They announced it in the best way possible, with the storm that caused Link to be shipwrecked on the island this game is set on recreated through the medium of animation.

The game itself, when shown off, retains the top-down perspective of the original title while utilizing a toy-like stylised 3D aesthetic that reimagines the original Game Boy sprites and the system the game was originally released on. Set for release at an unspecified time in 2019, it is rather welcome to see that Nintendo has not abandoned the traditional Zelda experience following the massive success and reinvention of the formula in Breath of the Wild.

All in all, this turned out to be a rather impressive Nintendo Direct. With a huge array of announcements both big and small, as well as a few incredibly exciting surprises in the form of a new IP like Astral Chain or a remake of Link’s Awakening, there was something for everyone. While some may be disappointed with the lack of new information on Animal Crossing or Luigi’s Mansion, it’s difficult to raise those issues when there was so much else shown off that was bound to impress on at least some level.