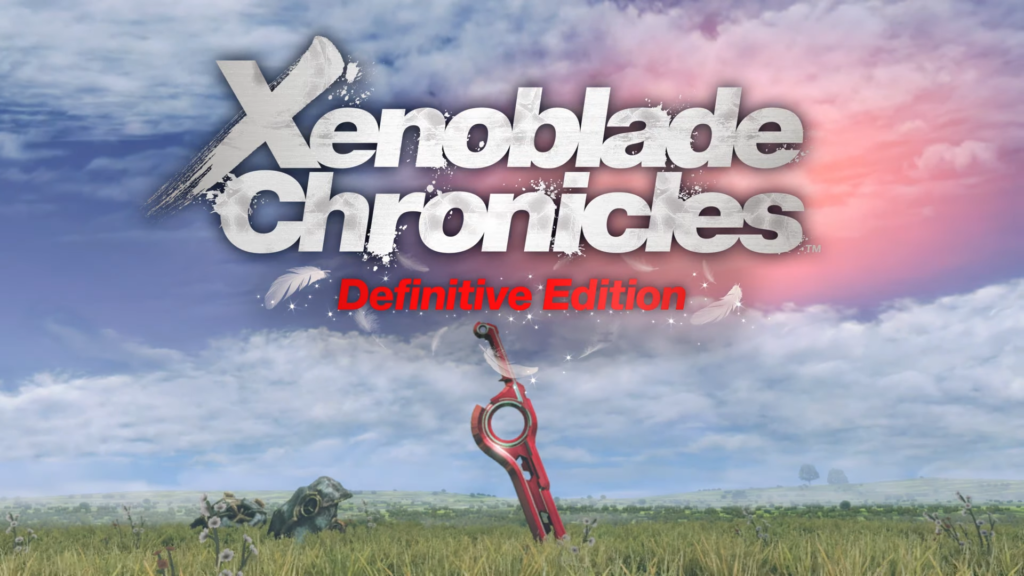 The latest Nintendo Direct was broadcast earlier today, bringing a host of new announcements of brand new games set for release on Nintendo Switch, including a remaster of the original Xenoblade Chronicles for the Wii and more. With so many announcements to run through, we’ll do a recap of the Direct just like before, summarising all the important announcements from the online event. Let’s get right into it.

After a trailer for Overwatch on Switch, we received information on a new competitive mode for Luigi’s Mansion 3, which revealed an Egyptian-themed area of the hotel that was previously unknown, promising booby traps and mummies, alongside a disco-themed floor and more! On top of this, a new competitive mode, called ScreamPark, which sees players compete against each other to defeat ghosts and more with up to 8 players able to compete each other using a single joy-con. There wasn’t much new information shown, but with the game set for release on Halloween, perhaps that shouldn’t be all that surprising.

Kirby is returning to Switch as well for the first time since his solo game, Kirby Star Allies, and you won’t even have to wait all that long to get your hands on it. A side-scrolling battle game with RPG elements, Super Kirby Clash will see players complete quests against well-known Kirby enemies, picking certain jobs that will grant Kirby abilities that could aid them in the fight. There will be over 100 quests at launch and it can be played on the same system, locally via wireless play or online with friends. The game is launching today on the Nintendo eShop and will be free to start.

The mysterious new original IP from the creators of Pokémon, Town, was finally given a new bout of information since its initial announcement. Now titled Little Town Hero, the game features a boy named Axe determined to protect the townsfolk after a giant monster attacks their village. Instead of needing to use weapons to defeat the monsters, however, all that is needed is ideas, while you can freely move around the village during battle to gain support from townsfolk. The biggest, albeit welcome, surprise, was the news that music for the game is being composed by none other than Toby Fox, creator of Undertale. There won’t be too long left to wait to play this game, either, with its release slated for October 16.

We finally received a release date for Banjo Kazooie in Smash. Little information was given on how the character itself worked within the Direct itself, instead, being handled in a massive 25-minute special video hosted by Masahiro Sakurai after the Direct ended. There’s too much about Banjo and Kazooie to include here, however, so you’ll have to check out this article to find out more.

A new character is also set to join the battle today. While rumors had been surfacing in the last few days that an SNK-related character was set to join the battle, a brand new trailer means we now know that Terry from Fatal Fury is going to join the battle. With a trailer that was mostly recreated using the graphical style of the original Fatal Fury, we learned that the character is set to join the battle, although unfortunately there was no actual gameplay featuring the character in the game. However, we do know that the character will be released in November, meaning we shouldn’t be waiting too long to receive gameplay or to receive the game in our hands. Not only that, we learned that even more fighters will come to Smash after the 5 fighters in the current fighter pass, which is definitely welcome news. Oh, and not just that, but the Mii Gunner costume will also be receiving a facelift with an all-new Sans costume from Undertale; no, we’re not kidding. The costume will also include an all-new composition of Megalovania for Smash.

In other news, Trials of Mana was given a brief new overview trailer showcasing voice acting, character classes, battles and more. While the 3D visuals personally don’t appeal to me as much as the sprite artwork of the SNES original, it will still be a welcome release for fans when it releases in April next year. A brief new trailer for Dragon Quest XI was shown ahead of its September 27 release, while Link’s Awakening showcased the ability for players to rearrange and share dungeons via amiibo ahead of its September 20 release date. A new demo for Daemon x Machina ahead of its release next week was also announced, available to download right now.

Perhaps my favorite announcement of them all in the new Nintendo Direct, we had the surprise announcement of a port of the Wii U exclusive Tokyo Mirage Session # FE to Nintendo Switch in the form of an Encore Edition. This game mostly flopped on the Wii U, the console’s limited appeal alongside the disappointment many felt at the time that this wasn’t the game they expected from a Shin Megami Tensei and Fire Emblem collaboration led to the game underperforming, and it was for this reason I thought the game may never be made available outside of that console generation. Although I personally never put all that much time into the title due to not having an opportunity when it released despite purchasing it, the visual style and in particular its J-Pop music, produced by Avex, really appealed to me. The chance to revisit it beyond the initial few hours I played in an enhanced version with a brand new song and more is very good news, and I look forward to having the chance to play it when it releases on January 17, 2020.

With information only being revealed during the Japanese stream suggesting this may be a Japan-only release, the original Famicom Detective Club game is being completely remade in 3D by Mages for the Nintendo Switch. This adventure game was a cult hit in Japan when it released on the Famicom Disk System, and its return is certainly a welcome one. While I personally hope this will see a wider international release, this is currently unknown. Not just that, but cult-classic anti-RPG title MOON is coming to Nintendo Switch and, more importantly, English-language regions for the very first time! Set to release in Japan on October 10 and at a not-so-later date to the West, this is definitely something worth keeping an eye on.

Next up was a brand new trailer for Pokemon Sword and Shield which detailed the game’s customization options and the many new ways with which you can interact with the world and Pokemon. The main feature showcased was Pokemon Camp, which can be done at any time from the game’s menu. Here, you can play with your Pokemon and get to know them better, helping them improve in battle. In the wild, you can visit other player’s camps with up to three people. Another new feature is… curry on rice. Ok, that sounds a little weird, but the feature sees your players cooking curry and rice using items they have collected as they try to master the best recipes to feed to themselves and their Pokemon. We’ve known for a while that the region is based on the United Kingdom, so this feature is particularly apt considering how popular the dish is in the country.

Also, a few new Pokemon were introduced. Polteageist is a teapot-shaped Pokemon which hides in a teapot in order to trick trainers by disguising itself as a normal teapot. Cramorant is a water and flying Pokemon that will eat anything in sight. Using either surf or dive will see the Pokemon complete the move with a fish in its mouth, and if attacked in this state, the ability Gulp Missile will activate, firing the fish at the enemy Pokemon and causing them to take damage. The game is set for release on November 15.

In better-late-than-never news, Nintendo Switch online will now offer SNES games. These games will be made available tomorrow to those who have the Switch Online service at no additional cost, with 20 SNES games being made available at launch. Alongside expected titles like Link to the Past, Super Mario Kart and my personal favorite game of all time, Yoshi’s Island, there are a few surprises, such as Stunt Race FX, being made available on another system for the very first time. On top of this, as with the NES Classic titles, Switch Online owners will be able to buy SNES controllers for their Switch for $30 each, with up to four controllers being purchasable per account.

With fans growing ever-more impatient for the new game, it was a relief to see a brand new trailer for Animal Crossing shown during the Nintendo Direct. It mostly served as an introduction to the way island life in this game works, including placing a tent wherever you like on the island and the NookPhone. This includes a variety of features, such a recipe book for crafting a huge array of items, letting you know what you need to collect around the island to craft a certain item, and Nook Miles, where completing certain tasks around the island could earn you rewards. Lots more new features were showcased as well, all ahead of its release in March next year. I am fearful of how much time I will end up putting into this game when it releases.

The final announcement was another brand new announcement for the Nintendo Switch, though unfortunately, the announcement didn’t constitute a new game. Referred to as a Definitive Edition of the game, the original Xenoblade Chronicles was the closing announcement of this Nintendo Direct and is set to release next year on Nintendo Switch. The game is beginning to show its age in the remaster if I were to be honest, with clear signs of the game’s Wii origins in some areas, but irrespective of this the game looks visually stunning even now. The game really brought out every inch of power of the Wii upon its release, and its a very welcome port set for release next year. As for why it is called the Definitive Edition, that is currently unknown, but I look forward to learning what will be added to the game with this new port.

Overall, there was a huge amount of new information in this 40-minute Nintendo Direct, from Xenoblade Chronicles Definitive Edition to Tokyo Mirage Sessions and more. Personally, I can’t wait for a lot of these games to come out, and I can imagine my Switch is going to receive a lot of love in the next few months because of these games.