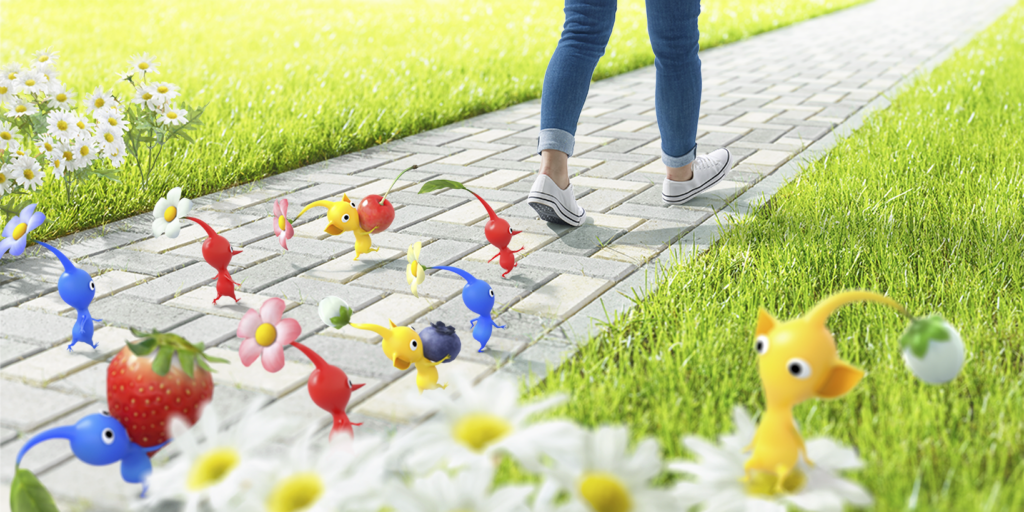 The relationship that Niantic and Nintendo share is special as Niantic continues to hold the key to the most popular app on mobile devices with Pokémon GO. The app has been out for five years now, and the two companies have more plans to share. They announced that they are working on yet another mobile app, this time related to Nintendo’s Pikmin franchise.

It seems that this isn’t the only app they have in mind, as they both stated that it is the first of their AR offerings. Niantic said, ‘We’re honored that Nintendo has chosen Niantic to be its publisher of real-world AR applications.’

We're overjoyed to make new memories with our partners at @Nintendo and YOU! 🌱 Imagine exploring the world through the wonder of AR and alongside all of your pals – including your new #Pikmin friends! Learn more about our partnership here: https://t.co/TiQ10S8kMR pic.twitter.com/YUpp4P33NA

There is not much information known about the app at this time, aside from the fact that it is expected to be released on mobile devices sometime in the second half of 2021. The two companies did make a brief statement about the upcoming Pikmin app for mobile devices stating;

‘As we continue to expand our games portfolio, it was a natural next step to team up with Nintendo,’ said John Hanke, CEO of Niantic. ‘We’re looking forward to shaping the future of AR together, bringing Nintendo’s beloved game characters to life for mobile game players around the world.’

‘Niantic’s AR technology has made it possible for us to experience the world as if Pikmin are secretly living all around us’, said Shigeru Miyamoto, Representative Director, Fellow, Nintendo. ‘Based on the theme of making walking fun, our mission is to provide people a new experience that’s different from traditional games. We hope that the Pikmin and this app will become a partner in your life.’

Based on the comments, it seems that the app is going to be a fitness/health-related app. I mean, I guess you can consider Pokémon GO a fitness app as well, considering it has you walking around the city in hunt for all of the Pocket Monsters. Hopefully, as we get closer to Summer and Fall, we’ll be getting a bunch more information about this upcoming Niantic developed Pikmin title.

If you’re interested in the app, you can pre-register at this link.