The Nintendo/Sony PlayStation Prototype is Now On the Auction Block 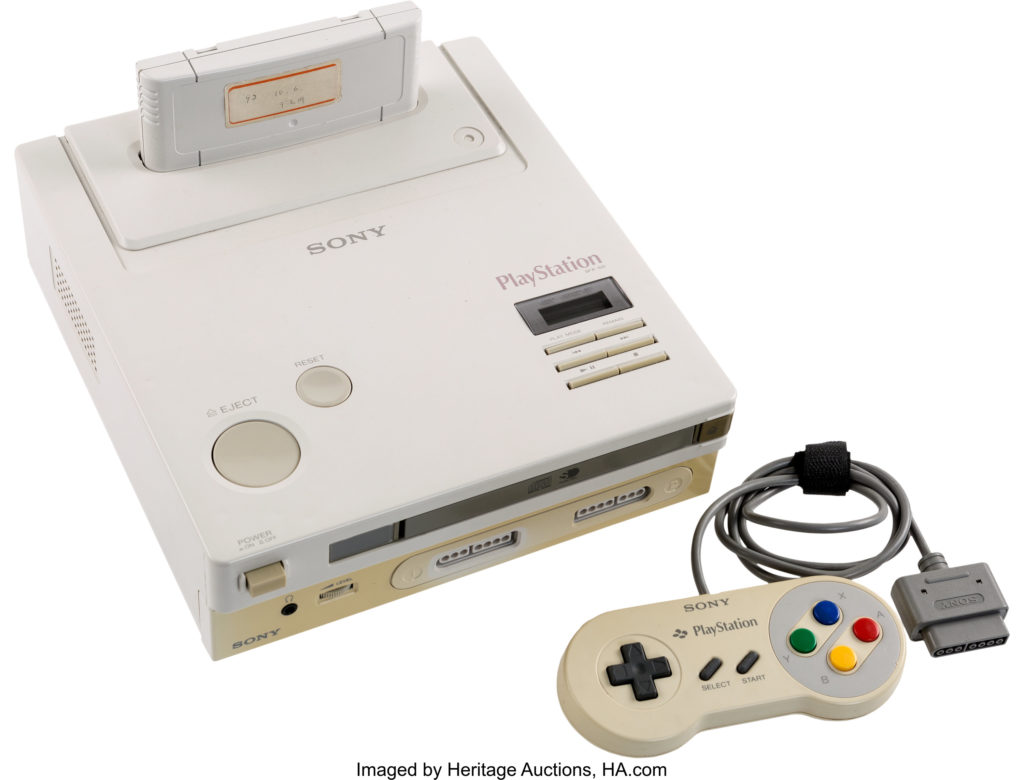 Nintendo & Sony’s dead-on-arrival gaming partnership in the ’90s is a thing of legend in the industry. Back when the Super Famicom & Super Nintendo was king worldwide in the gaming industry, their competitors at Sega and NEC were dropping new CD-ROM based add-ons to their consoles. Being no strangers to console add-ons themselves and not looking to lose any more potential market share to their competitors, Nintendo started talks with Sony to produce a CD-ROM add-on of their own for their 16-bit console. The collaboration created a huge buzz amongst gaming fans worldwide, but at the zero-hour Nintendo backed out of the agreement and announced a partnership with Phillips at the 1991 Consumer Electronics Show just one day after Sony publicly announced their partnership with Nintendo. The whole ordeal left Sony with egg on their face and ultimately led to the creation of the Sony PlayStation. Of course, there’s a lot more to the whole story, but that’s the quick & dirty version.

Years later, a game collector named Terry Diebold purchased the only known prototype of this collaboration at the estate auction of a former Sony executive and promptly put the box he purchased in his attic, not realizing the significance of this item. Years later his son found the box containing the prototype PlayStation, a Sony-branded Super Famicom controller, and a cartridge that appeared to be required for the CD-ROM to work. He posted his find online, which immediately caused an uproar and a whole new chapter of this legendary item began. After repairing the CD-ROM drive with the help of console modder Ben Heck, the Diebolds started traveling the country to different gaming conventions to show off this piece of history. Unfortunately, as Terry Diebold revealed in an e-mail to Kotaku, he was losing money on the endeavor of sharing this history with other gaming fans and it just became too much to bear. 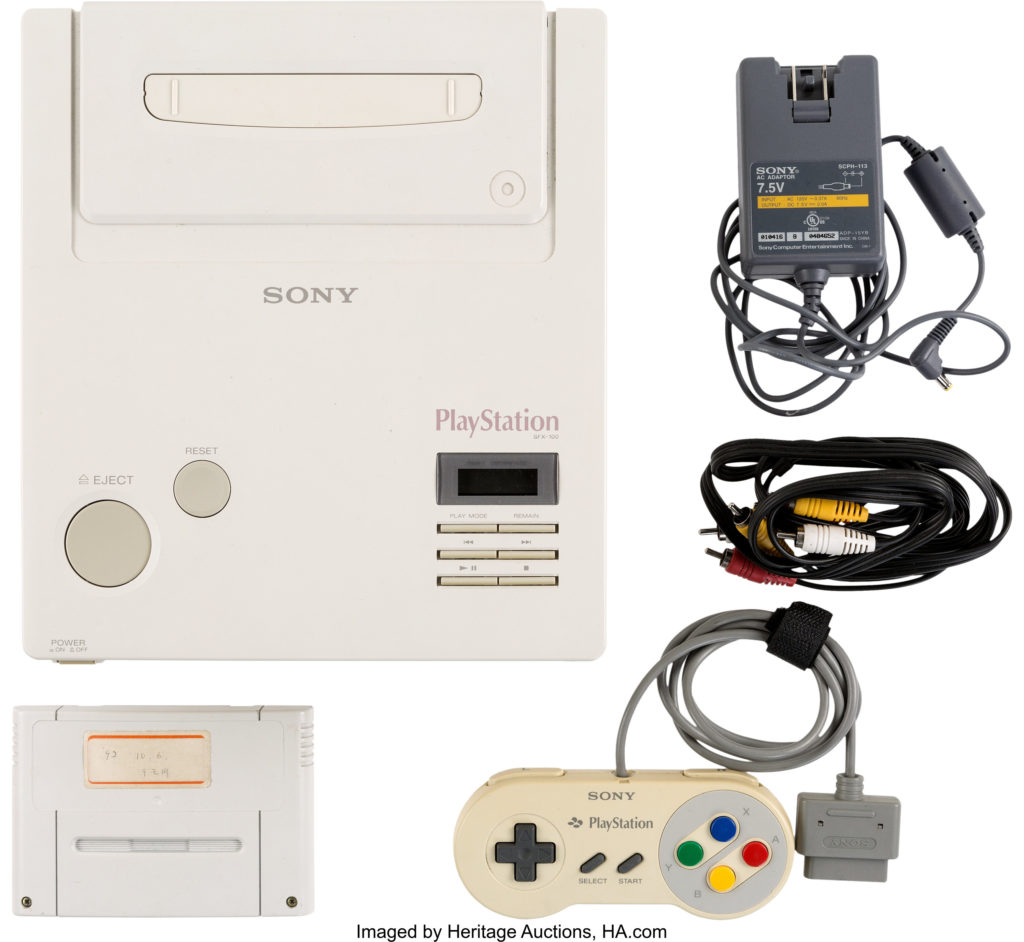 Terry had received offers upwards of 1 million USD for the console over the years, but being a one-of-a-kind item means that there’s no way to know what it’s really worth. As a result, he’s decided to allow the market to set the price and the Nintendo PlayStation is now up for sale at Heritage Auctions until March 6th. Considering that the auction is already at $48,000 USD (with a $50,000 buyers premium) with 21 days left at the time of writing, it’s safe to assume that this unprecedented sale is going to reach an absolutely ridiculous number. Early last year a graded, sealed copy of the very first run release of Super Mario Bros. sold at auction for $100,000 so I can only imagine what a literally legendary one-of-a-kind piece like this is going to fetch.

As a lifelong Nintendo fan, this is really exciting to be able to see happen in real-time, I’m definitely going to be checking back in as the auction progresses to see where it ends up.