Nintendo Celebrates Over 1,000 Games on Switch 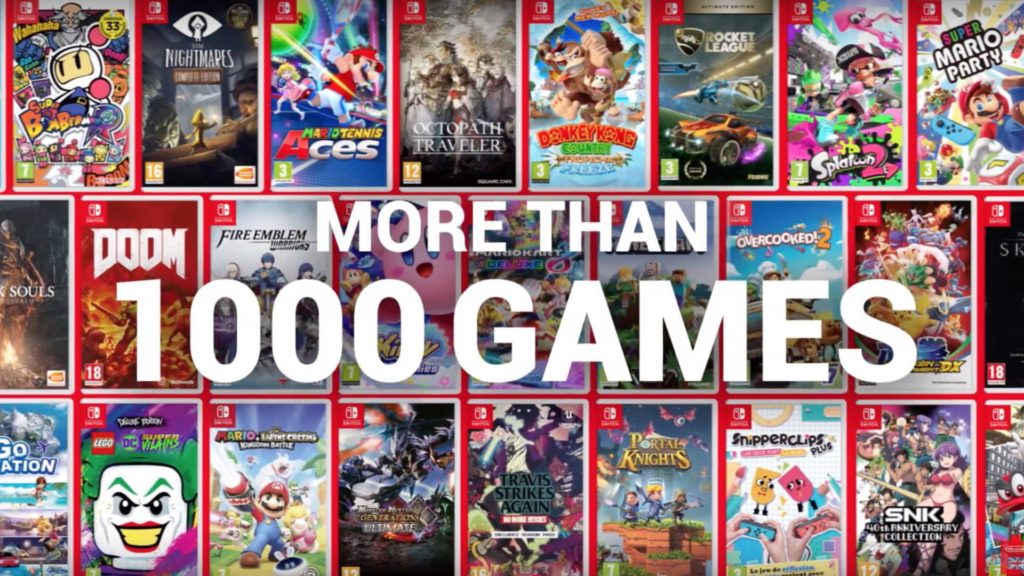 Only two years into its lifecycle and Nintendo is already celebrating the release of over 1,000 games on the Nintendo Switch. That’s no small feat, especially given the Wii U failed to even reach the four-digit mark within its entire lifespan. But with that being said, what are all these games, and just how did Nintendo come to the conclusion that they had achieved that milestone? While it certainly doesn’t answer that overarching question, Nintendo UK did release a celebratory video to highlight just a portion of the games that made it possible.

Opening to the tune of Super Smash Bros. Ultimate, the trailer quickly directs viewers attention towards a slew of other in-house and AAA titles for the Nintendo Switch. All in all, however, we only see a total of 12 games showcased in this trailer — 11 if you don’t count Pokémon: Let’s Go! as two games — so that only further begs to ask, just what are the other 9,988 titles? Well, it would turn out its a lot of different titles, including over eight games that feature the word “Mario” in their title.

It’s a lot of indie titles, it’s a lot of AAA action, and it’s probably a sizeable amount of fun overall. Whatever it is, the Nintendo Switch actually has a decently sized library — though I’m not gonna go and vouch for all of the games in that library. While the number of titles on the console sits around the 1,200 mark, it’s quite quickly catching up to the likes of Sony’s PlayStation 4 which holds around 1,800 titles, as well as Microsoft’s Xbox One at 1,700 titles.

I probably couldn’t name more than 30 titles on the Nintendo Switch, but them keeping track of over 1,000 is definitely an impressive feat and one that the company should probably give themselves a pat on the back for. We’re sure we’ll be seeing that number increase over these next couple of years too, so until then, we’ll be sure to keep you up-to-date on all (maybe not all) the latest releases, as they happen.