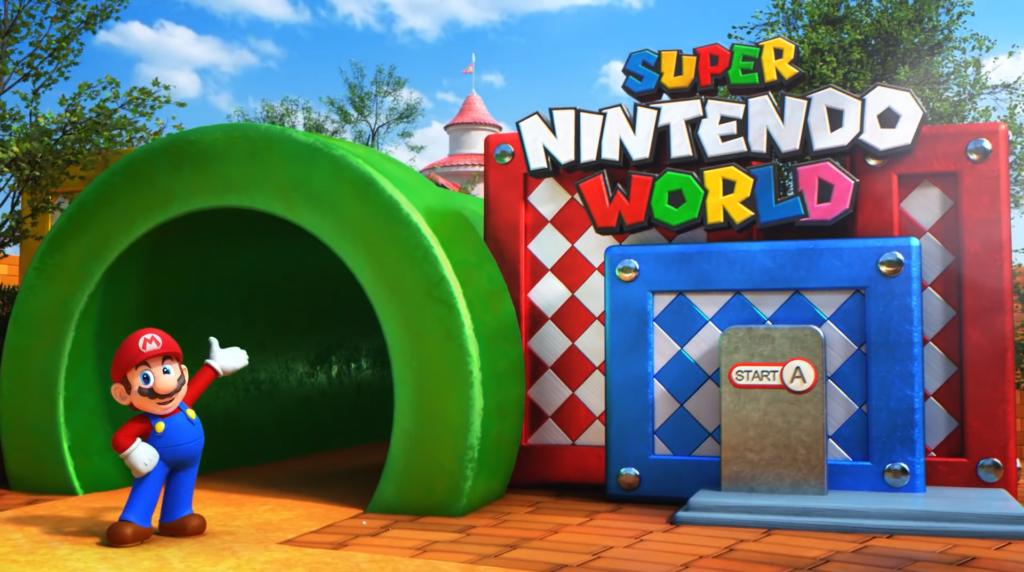 Nintendo’s recent Q3 financial results have proven to be a drip-feed of brand new information for Nintendo projects. In a presentation given to investors (and later released publicly through their Investor Relations portal), Nintendo provided a small update in regards to certain IP expansion efforts being undertaken by the company, those being Super Nintendo World at Universal Studios Japan and the Mario movie which is in the works with Illumination Entertainment.

Super Nintendo World, a new park based at Universal Studios Japan (with the potential to expand elsewhere at a later date), was first announced way back in 2015 as an expansion of Nintendo’s attempts to leverage their IPs outside of the medium of gaming and outside of their own gaming platforms. Following multiple years of planning, the park began development near the end of 2017 with the release of a teaser trailer that would provide an idea of what to expect from the park once work had been completed. In an update on the park’s progress to investors, the company is hoping that development on the park will be complete in order to allow the park to open to the general public in time for the 2020 Olympics.

Japan has been making great strides in its tourism sector with ambitious goals to increase tourism to the country, all culminating in the 2020 Olympics. While attendees to the park will not exclusively be tourists, an increase in tourism to Japan will obviously be a boost to the park as well, giving both Universal and Nintendo a motivation to complete this park in time.

Alongside this news was an update to the previously-announced partnership with Illumination Entertainment to create a film based on the Mario IP. While no new info was given regarding what the film will be about, it was confirmed that the movie is tentatively targeting a release date sometime in 2022. It makes sense that nothing further is known, with the movie likely only in pre-production at this stage, but it’s still nice to have some sort of update on that front.

Nintendo has found much success in utilization of their IP with events like concerts or merchandising such as a Mario Kart Monopoly board, yet these two projects look set to be the biggest tests of this new strategy. How successful will they be? We’ll have wait until 2020 to start finding out.