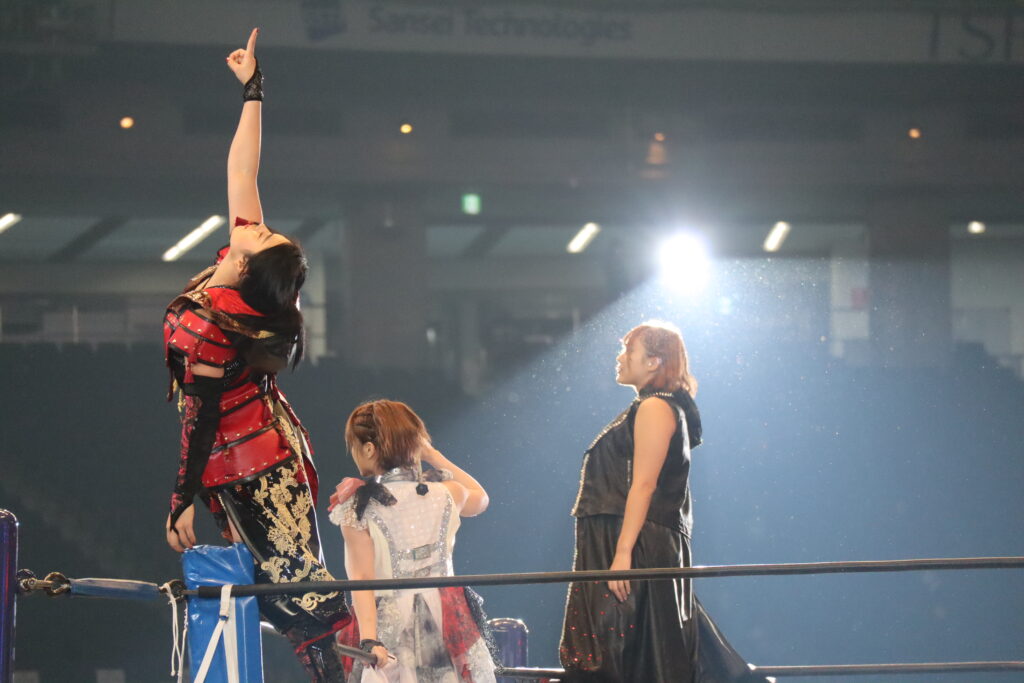 New Japan started this new year off with a series of unforgettable matches for two nights on 4 and 5 January at the heart of Tokyo Dome. With the levels of uncertainty around the ongoing COVID-19 pandemic, I was fortunate to attend in-person, as the venue still opened its doors to fans who lived in Tokyo and maintained their safety measures.

The Venue and the Fans

Tokyo Dome remained extravagant, as always, with their pyrotechnics and aurora of lights beaming throughout the stadium. However, while the wrestlers in the ring were gloriously chaotic and eruptive, it was the quietest venue, as fans were not allowed to cheer out loud (to avoid transmission of saliva). You could even hear the echoes from the wrestlers’ voices and the thuds as their opponents would slam into the squared circle.

The venue was filled at around 25% of the original capacity, with 12,689 fans in attendance on Night 1 and 7,801 in Night 2 (as opposed to WK14, with a tremendous presence of 40,008 fans on Night 1 and 30,063 fans on Night 2). The northern section of the dome was completely blocked off, while the other sections allowed space between fans. Masks were required to be worn the entire time, and thermal scanners were used outside the venue to check each person’s temperature before entry. Behind each attendee’s seat, there was a QR code where you could sign up for cluster tracking. Staff members patrolled the arena section to ensure safety. However, the venue still sold food and drinks and allowed fans to eat and drink inside the Dome. 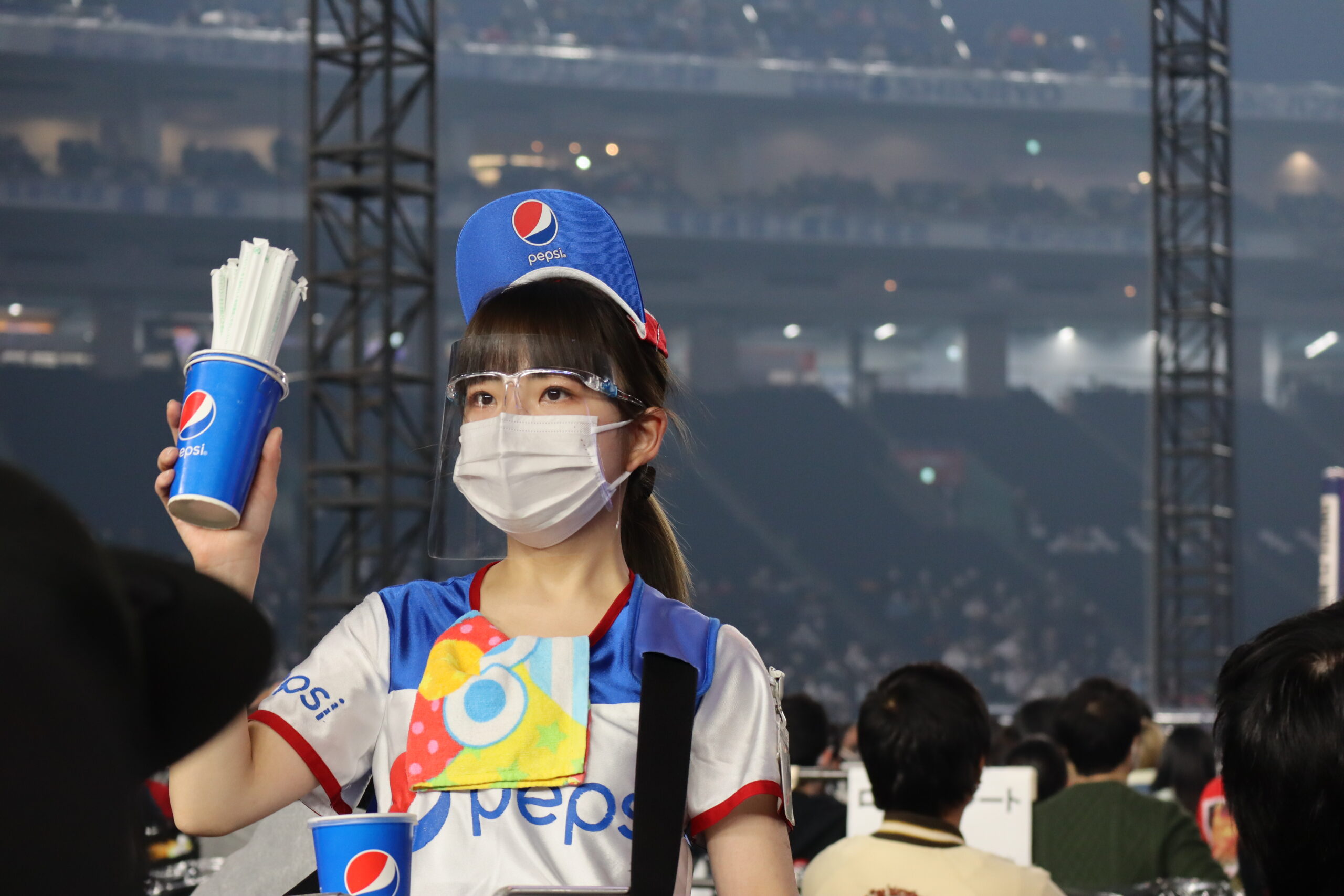 The fans were also a sight to see. Even on the train at Suidobashi Station, you would see fans of all ages, from elementary school kids to their grandparents, take over Tokyo, one LIJ shirt and Daryl plushie at a time. Although this year’s tournament was filled with more silence, you could still feel the euphoria from the fans around you.

Night 1 started off with a delightfully chaotic rumble from some names off the card, including Toa Hanare, Bushi, Suzuki, Nagata, Honma, Makabe, and Bullet Club’s Rogue General, Bad Luck Fale. Yano won in the most Yano way possible, without even entering the ring. Hanare eliminated Nagata and Suzuki while Honma defeated Makabe by chance.

Hiromu Takahashi vs. El Phantasmo started and ended in a blink of an eye in under 20 minutes. They bounce off of each other quite well… literally speaking! At one point, El Phantasmo throws down Hiromu with a solid Avalanche Frankensteiner & Body Splash.

GOD defeated Dangerous Tekkers, as Tama Tonga grabbed the Iron Claw, which is what Taichi adopted from Takashi Iizuka after it was used against him in the IWGP Tag Team Championships. Tonga’s new silver ring gear was also epic to see.

Transitioning into intermission, we had a wild Jon Moxley appear on the screen, declaring that whoever holds the contract should come prepared because he’ll come to a ring near you. Although KENTA ended up keeping his contract, Kojima proved how strong and capable he truly was.

Great-O-Khan returned from Europe with a major battle. The Ace’s knee couldn’t catch a break, but he snagged the win beautifully after two High Fly Flows, with his lion’s mane perfectly intact. The audience was the loudest as we clapped for Tanahashi.

One of the best matches in WK15 was definitely between Ospreay and Okada. They didn’t need their titles on the line to show us a glorious fight, as it was fueled by revenge and betrayal in the Commonwealth Kingpin storyline. This match showed us a memorable Hidden Blade, and Ospreay’s Heel moves were photogenic. His entrance with Bea was full of love and compassion, and I personally appreciated that he embroidered the names of the wrestlers who passed away in 2020 on his coat: Kris Travis, Rhiannon Hogan, Ryan Smile, and the wrestler who introduced me to this fantastic world of wrestling: Hana Kimura.

Ibushi and Naito’s first night was slow at first, but picked up with a jaw-dropping Hurricanrana and German Suplex. Ibushi’s ascended into God tier status with the Kamigoye, and Naito hands the belt to him in good spirits. However, in my section of the arena most of the LIJ fans got up and walked out of the Dome, which allowed me to take clearer photos of God himself.

Stardom’s dark matches were a rendition of what fans may have seen at Yokohama Budokan earlier in the fall, though the visuals and talent were unforgettable. Stardom and NJPW’s costume designs are the most intricate in my eyes. GUT’S DYNAMITE CABARETS’ AKI is a ground-breaking fashion designer who has been featured in Vogue, and has designed costumes for Stardom, NJPW, DDT, NOAH, and more.

As a minority woman in Japan, I felt this sense of pride as I watched Giulia and Syuri bask in the light of Tokyo Dome. Two drop-dead gorgeous and accomplished hafu women (born to one ethnic Japanese and one non-Japanese parent), who represent how powerful Japanese women are in the athletic world. In Japan, witnessing strong women in a huge platform is quite rare. The country’s attitude is reflected in prominent authoritative figures like Yoshiro Mori, the Tokyo Olympics chief (and one of Japan’s former prime ministers) who resigned in mid-February over his sexist remarks, which sparked 390 Olympics volunteers and a torch runner to withdraw from participation during the games. I wish that these dark matches could be aired someday for fans outside the Dome to see, as they are currently unavailable due to Stardom’s TV distribution rights.

We began with Mayu Iwatani entering the dome. From my view, only about 40% of the audience was present during the dark match, so if you were sitting in the southern side of the arena, there was a higher possibility of catching the famous custom wristband that she throws out from afar. Even by watching the entrance, the audience can immediately realize that every Stardom wrestler had impressive physical fitness. Iwatani moves as if she’s practically invertebrate and can throw objects as far as the Yomiuri Giants.

The matches were a reminder of why Japanese women’s pro-wrestling has received phenomenal recognition domestically and abroad. The women of Stardom held nothing back as they performed at high-speed an hour before the official tournament. I was fortunate to watch two matches: STARS’ Mayu Iwatani and Tam Nakano vs. DDM’s Giulia and Syuri, and Queen’s Quest’s Saya Kamitani, AZM, and Utami vs. DDM’s Maika, Natsupoi, and Himeka.

Every member had their chance to brighten up the ring. Although there was no verbal banter between Tam and Giulia in Tokyo Dome, their hilarious rivalry set the scene for the fans. Blink once, and the other team might appear to be winning. Mayu Iwatani Moonsaulted into Giulia; Giulia almost gives Tam an abdominal stretch in the corner turnbuckle; and Tam breaks through with a Bridge German Suplex Pin (on Giulia, of course).

Either rival could have won.

Syuri and Giulia performed one signature taunt as an homage to one that Hana and Giulia did at WK14, with their heels pinned against their opponent’s jugular, ending in a win for DDM.

DDM continued the good fight in the second match. They won first place in comedy, but lost the actual round. Utami spun Natsupoi around like a merry-go-round, going for a torture rack. As always, Himeka piles up two of her opponents (Saya Kamitani and AZM) on her back and gives them her Argentine Backbreaker. AZM gave Maika a smooth Triple Jump Crossbody. Saya Kamitani secured a win for QQ when she pinned Natsupoi. During the press conference, Kamitani also announced that she wanted to challenge her teammate Utami for the Red Belt.

The Stardom dark matches were a fun prelude to what was in store for Night 2, though the NJPW matches started off on a very weak note. The euphoric excitement I had slowly plummeted in the next two matches. Yano opened up with his usual comedic routine with Bullet Club. Owens and BUSHI turn on each other, and Yano low blows his way to a win. Overall, it was the least memorable match of the night.

After that we had two different approaches, as Wato clearly tried his best to seriously perform while Taguchi was sillier in the ring. The excitement picked up faster with Shingo Takagi vs. Jeff Cobb. Cobb’s Olympian strength was clearly put into full display, even though Takagi won. Take a shot every time that you saw a suplex in this match, and your brain would turn into Ibushi’s.

From this match onwards, the tournament escalated into better forms of chaos. Sanada and EVIL gave me the same chaotic energy that Stardom’s first match carried, though it was hard to tell that Sanada had a rivalry with EVIL to begin with. Blink once, and the other person would appear to be winning. Stardom’s dark match was truly a model for storytelling though, especially for those who are unfamiliar with their work. EVIL hilariously trolled Sanada with his Dick Togo antics, and Togo charges into a table that was originally meant for Sanada. They should take a lesson or two from Giulia’s glorious back muscles.

Hiromu Takahashi and Taiji Ishii brought in even more passion on Night 2. You could hear some ‘oohs’ and a bit of laughter in the audience when Hiromu runs all the way back to the entrance to do a dropkick… only to completely miss! I am still a complete Ibushi mark, but after this tournament, I definitely became a Hiromu fan. LIJ also reminded me of TCS, especially with their messages of acceptance and multicultural influence.

It was even more of an honor to be an Ibushi fan on Night 2. Ibushi (aka God) gave us a priceless redemption arc. It was surprisingly easier to take pictures during this match, as Ibushi was slow yet calculated in his strikes. It was the longest match that has ever been held at Wrestle Kingdom at around 48 minutes. The night ended on a high note with Sanada challenging Lord Ibushi.

Post-Tournament Thoughts (and Wrestler Encounters Off the Ring)

WK15 was a glorious crash-course in how spectacular human bodies can be. Before coming to Tokyo Dome, I was mainly excited for my Stardom girls and Ibushi. However, everyone brought in their all and both nights were remarkable, especially given the unpredictable opponent that is the ongoing COVID-19 pandemic.

Pro-Tip: If you ever attend any shows in Tokyo Dome or at Korakuen Hall, definitely hit up TGI Fridays. I always end up running into wrestlers around there. After my very first live wrestling show with Stardom, I ended up meeting an angelic-looking Ospreay telling me ‘God bless you for wearing that shirt’ (because I wore the Hana Kimura Memorial shirt from Pro-Wrestling Tees). This time, I sat diagonally from a pink-haired Chris Brookes after he gave his commentary for TJPW during the first night. On the second night, it is very easy to see the wrestlers dressed up and heading out of the dome 30 minutes after the tournament (though I think it’s wise to let them be from afar as they are trying to exit safely). I saw Ospreay and Bea Priestley and they thanked us for coming. I also saw a very kayfabe Jay White flip off some fans next to me because they wore his rival’s merch, which was the most perfect way to end two nights of glory.

Jushin Thunder Liger Being Inducted Into the WWE Hall of Fame