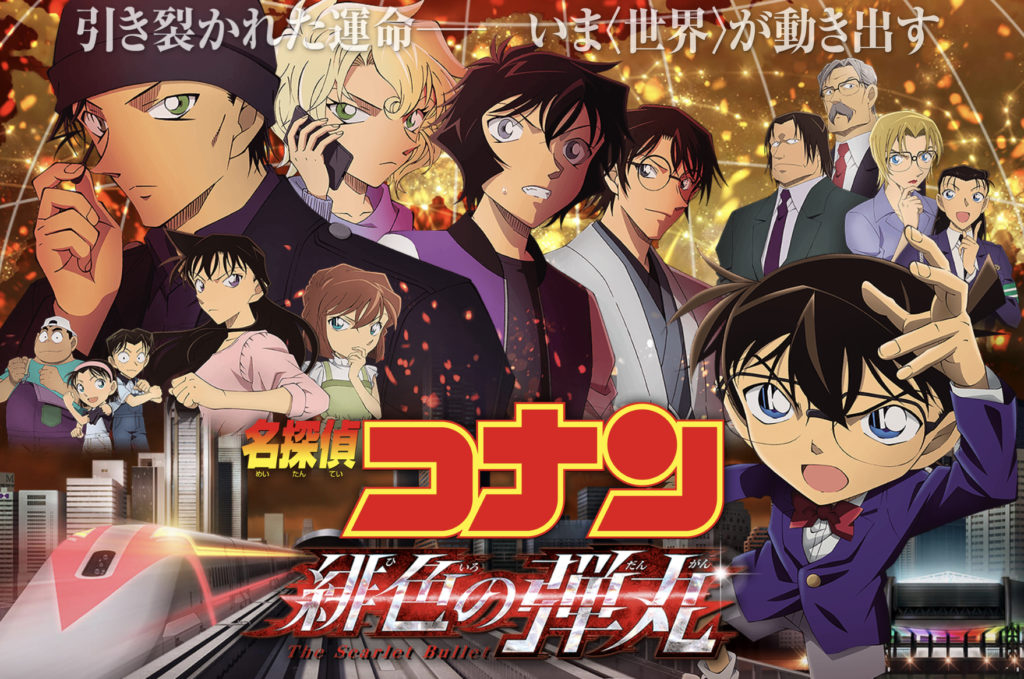 The yearly Detective Conan movies have been a box office juggernaut over the past few years, and it can feel as though each new film is a greater success than the last. It feels like the movie series has rejuvenated itself in recent years with strong successes for films like Zero’s Executioner and Fist of Blue Sapphire, with these films often being some of the most successful films of the year in Japan. Not even Detective Conan: The Scarlet Bullet was free from the effects of COVID-19, and after initially being pushed from its planned April release date, the movie has been further delayed until 2021.

The issue yearly film franchises such as Detective Conan have as a result of COVID-19-fueled delays is where to slot in the movie they created after being left unable to release the movie at the time they initially planned. Detective Conan’s yearly release schedule is scheduled for April, not just for tradition’s sake, but because a release in April sets the film for release in the weeks leading up to Japan’s major national holiday, Golden Week. By scheduling the film for this timeframe, the movie can benefit from the increased cinema attendance experienced each year at this time to propel its success.

Being unable to release at this time causes issues. Even cinemas now re-opening are suffering from capped screens and lower attendance, making it a risk to release a film in the current climate. Even if you chose to release this newest Detective Conan film now, you run the risk of it underperforming while undermining the success of the next film due to the shorter timeframe between releases, and this is before considering the production impact that closed workplaces have which could impact future films.

As a result, the decision was made that, rather than release Detective Conan: The Scarlet Bullet into a COVID-19-impacted cinema environment, it would be best to skip the yearly tradition and push The Scarlet Bullet until April 2021. Any pre-purchased tickets will be valid for this new screening. While it would be disappointing, it also wouldn’t be a surprise if the newest Pokemon movie followed this same trajectory, though this is purely speculation.

Detective Conan: The Scarlet Bullet will now release in April 2021, and you can find out more about the film over on the movie’s official website.