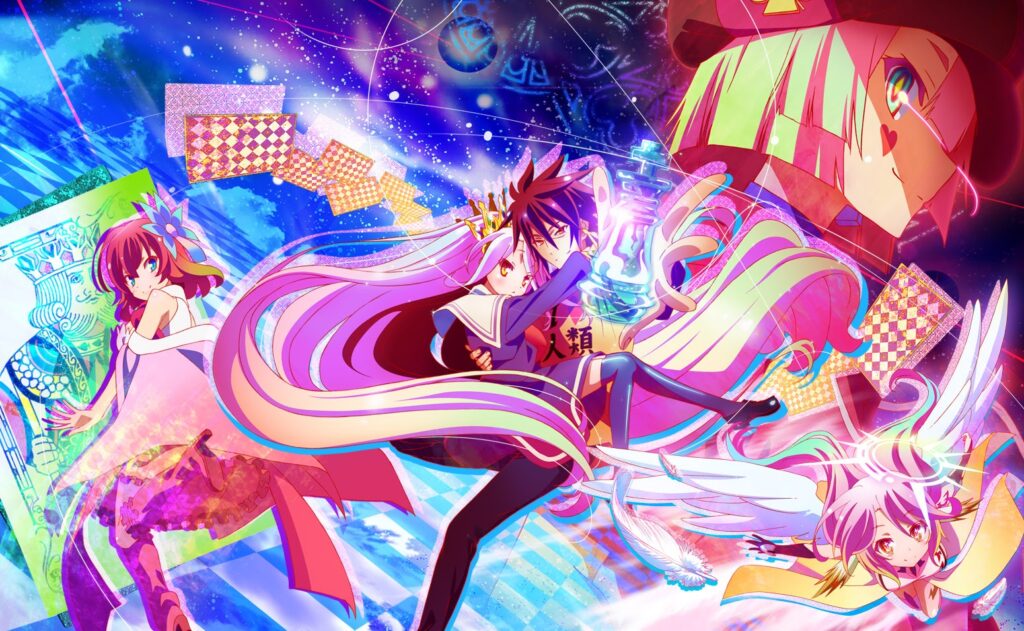 2014 was a good year for anime. I feel like everyone can say that about any year, but I wouldn’t argue against someone who says 2014 was. A lot of big hits came out that year, chief among them being the anime adaptation of the light novel series known as No Game No Life.

For those who aren’t aware of why this anime is so beloved, this article will serve to fill you in. Before we go that far though, it’s best to introduce the characters.

Sora – The older half of the genius sibling team behind the online account known as「 」(pronounced “Blank”) which has become an urban legend in the online gaming world. Although he has a high IQ, he’s known for being the more crafty and charismatic sibling. When he and his sister are brought into Disboard, they decide to stick together and figure out their new world.

Shiro – The younger half of the「 」team. She’s the smarter of the two but is much-less social and emotional. Like her brother, she doesn’t function well when she’s not in the presence of the other sibling.

Tet – “The One True God” of Disboard, and a member of the Old Deus. He is the one who takes an interest in Sora and Shiro and brings them to his world.

Stephanie – A human living in Disboard. She’s the granddaughter of the previous king of Elkia, before he lost it in a game. Her kind will is both a detriment and a blessing in her world.

Jibril – Belonging to the angelic race called Flugels, her truly sadistic personality is beset by her alluring beauty. She lives in the National Library of Elchea, which she won in a game with Stephanie’s Grandfather.

The Allure of No Game No Life

The premise of No Game No Life is a unique one. It begins with two step-siblings, who are self-isolated NEETs (Not in Education, Employment, or Training) living in Japan. Thanks to their intelligence and social reclusiveness, the two have become undefeated gamers, commonly sharing accounts simply titled 「 」or “Blank”.

Their skill gets the attention of Tet, a god from another world called Disboard where games decide everything. After the pair beat him in a chess match, he pulls them into Disboard. As they helplessly fall from the sky, Tet cheerfully explains the rules of the world to them.

What follows is a story of these two protagonists betting all they have on games against people in a world where one of the only rules is essentially “it’s only cheating if you’re caught.” And the face-offs and games aren’t something out of your Saturday morning cartoons. It’s more like watching the preparations and reveals you’d expect from the characters of Death Note or Code Geass. The games vary widely from Poker to Cops and Robbers in a virtual world, and they’re all a joy to watch unfold thanks to the high-level mind games.

In fact, they’re especially a joy to watch because the art in the anime is beautiful. Even if you don’t consider how similar some fantasy animes look, the intense color palette of this anime makes it stand apart from all others. I don’t like to attach an anime to a single word or title, but if there’s any anime that deserves to be called the “aesthetic” anime, it’s No Game No Life. 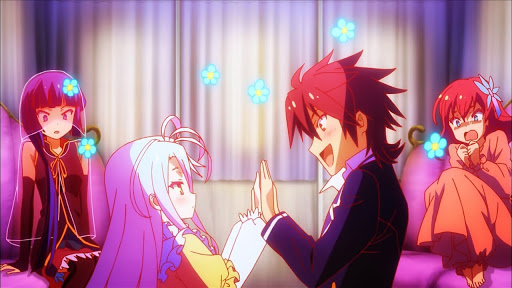 To summarize: the art is gorgeously colorful, the characters are wonderfully entertaining, and the world is incredibly unique. There really is no comparison for a work like this. And yet saying that validates the demand for another season, but still begs the question on why there hasn’t been one yet.

What Could Make A Second Season Challenging

It’s possible that the answer to that might be due to how the anime ended. While it followed the first three volumes of the light novel pretty well, the last few moments are a detraction of sorts. Sora and Shiro calling upon an old Deus and challenging it to a game is not a moment in the third volume but from the end of the sixth volume.

The reasoning for including this moment that’s meant for later is likely two-fold: for one it certainly is a wonderful note to end on, but it’s also a good advertisement for the sixth volume of the series, which just so happened to come out around the time that the anime adaptation did. As much as fans of the series wouldn’t want to hear it it does seem like the anime could have been made to draw attention to the light novel series. The implication in situations like this is that a continuation might never be made since a major reason for its existence is to sell the source material.

The Film Prequel – No Game No Life Zero

But, as if to add fuel to the fire, another animated work was made after the series. No Game No Life Zero is the prequel story about how Disboard became a world governed by games. The film was announced in 2016 and released in 2017, three years after the anime adaptation. 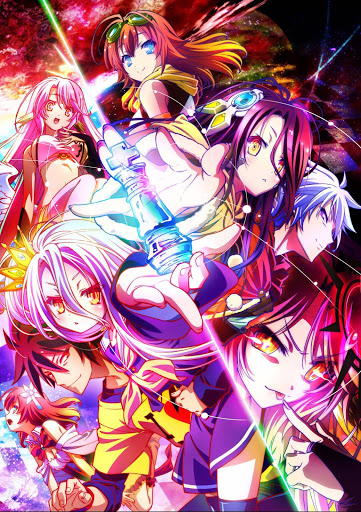 While the film satiated fans’ hunger for more animated content of the series, it does make its future very…curious. The story from No Game No Life Zero actually makes up a majority of the sixth volume of the light novel. But since the film released three years after the anime and the release of the sixth volume, it doesn’t seem like a work to boost sales. With fans clamoring for more, the film has only since ignited hope of a second season.

It’s hard to say what the future for the series is. How would a sequel handle two volumes of skipped content? Events could be moved around, but who knows how that’d affect the plot. Either way, I know I’ll be waiting with fingers crossed.

How to Get Your Fix

If you’re interested in No Game No Life: Zero, you can watch it on Netflix with the same dubbing options as the series. VRV has two separate listings for the Japanese dubbed version and the English dubbed version; both require a HIDIVE subscription to watch. It’s also available on Amazon Prime Video with the Japanese dub and can be watched for free if you have Prime.

There’s a high possibility that you’ll want more after consuming the media above. In that case, it might be good for you to know that all of the volumes in the on-going light novel series have been translated and are available on RightStuf.

Anime Films have been Enjoying a Fantastic Week