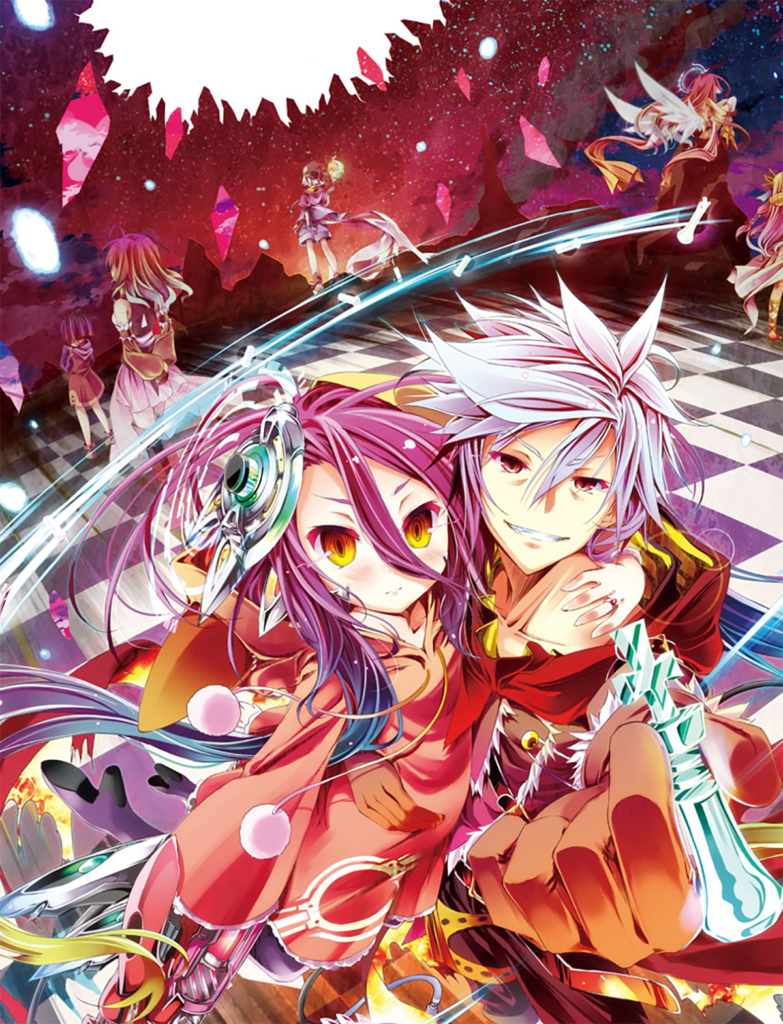 The official website for popular animated series, ‘No Game No Life‘, updated today to reveal a 30-second teaser trailer for the franchises upcoming film, ‘No Game No Life -Zero-‘. The film which has been confirmed for a 2017 release window, is set over 6,000 years prior to the already existing main story.

The film which was originally announced mid-2016 is yet another addition to the already expansive ‘No Game No Life’ universe. Originally an ‘MF Bunko J’-printed light-novel, the series would go on to receive an ongoing 10 volumes. In April 2014, it was announced that the series would receive its own anime courtesy of studio ‘Madhouse’.

Returning to direct the upcoming film is Atsuko Ishizuka, where it’s been confirmed that he will be working closely with Madhouse throughout the project. Taking over from original designer Koji Odate, newcomer Satoshi Tasaki will be handling character designs.

In a separate announcement, Kadokawa announced that three members of the main voice cast will take part in the upcoming Anime Japan 2017 event.  The voice cast taking place is compiled of Yoshitsugu Matsuoka (Sora), Ai Kayano (Shiro) and Yoko Hikasa (Stephanie Dola). Their panel will be taking place on March 26 at 13:40 at Anime Japan 2017. It is expected that further details on the film will be revealed there.