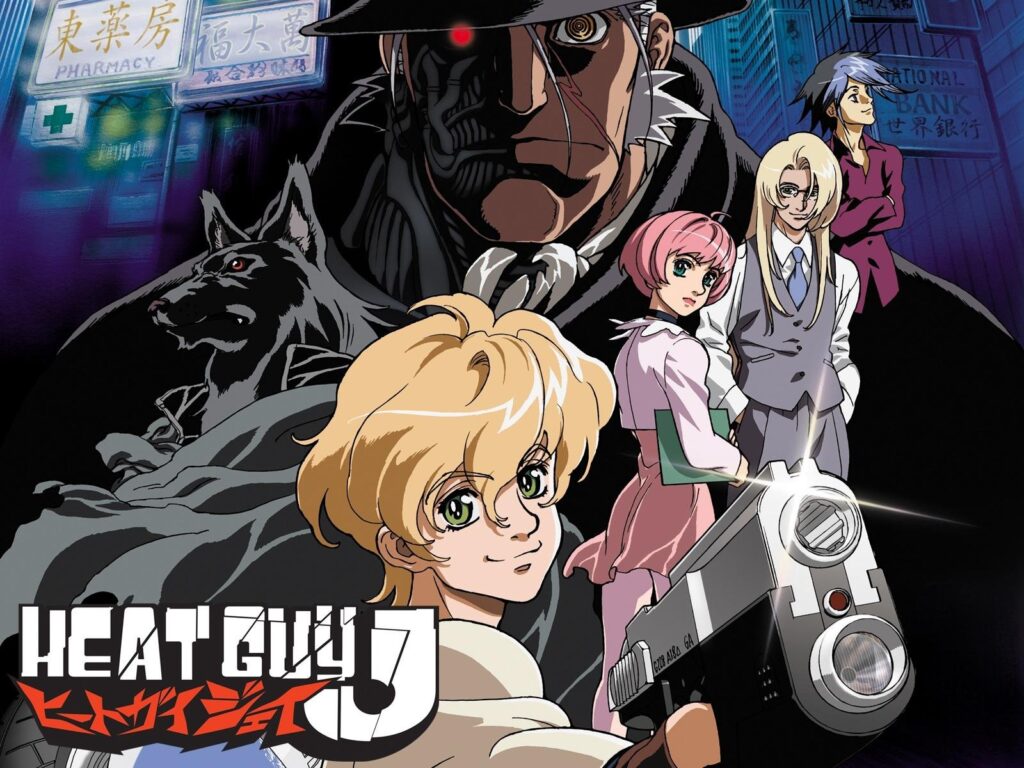 This is news to me, now made abundantly clear after digging through old posts on forums from the mid-2000s. Panic set in. Was I only willing to defend the show tooth and nail because of nostalgia? Going back to rewatch it, would I be able to separate my own honest feelings from the angry ramblings of anime reviewers and professional complainers from the ancient corners of the internet?

If the image is awakening fever dream-like hallucinations, rest easy: yes, this incredibly out-of-left-field 2002 anime aired on American television, specifically on MTV 2. Channel flipping in simpler times, it was always a trip to land on a niche anime series that lacked magical girls or giant robots. 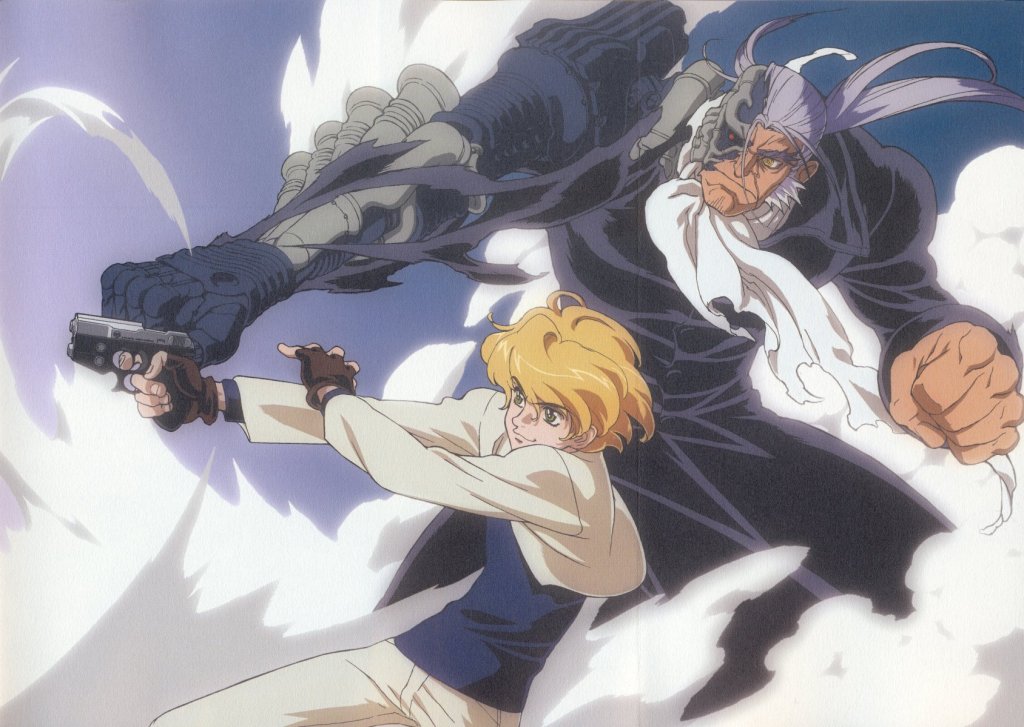 Heat Guy J has a simple enough premise: Daisuke Aurora is a laid-back ladies’ man, and the head of the Special Services Bureau’s Investigative team. Always looking for action in lieu of paperwork, he’s given J as a partner, an android who seems more human than not. Though androids are forbidden within the city of Judoh, the police get a pass (shocking), and J makes short work of any criminals unlucky enough to step into his path. The silly-sounding ‘Heat Guy’ title refers to the way J cools himself down after long periods of action: pipes on his shoulders vent out incredibly hot air, and the resulting action makes a haunting sound, like a howling wolf.

As the story progresses, the crime syndicate Company Vita begins to play a larger part, with the Mafia’s 19-year-old boss Clair Leonelli becoming an unpredictable antagonist, and one easy to love and hate in equal measure. There’s also a Vincent Valentine clone, Boma, who, after committing a heinous crime in his past, has been transformed into a beast-human hybrid.

If the story of Heat Guy J seemed to fizzle out during its run on MTV 2, that wasn’t the show’s fault: only the first 13 episodes were aired on American TV. The aspect ratios were butchered, making everything look obviously squished. Those aware of the original production were quick to speak up across the web, defending Heat Guy J’s impressive production values, skilled use of lighting the fluid animation sequences, all which were lost in reformatting.

They also found it somehow necessary to remove the funky Tryforce opening number. That’s a sin not worthy of forgiveness.

Despite being poorly received by audiences in the west, the team behind Heat Guy J is anything but lackluster. The series was created and directed by Kazuki Akane, the director of Escaflowne, the pinnacle of 90s anime.

The 26-episode series is an expert blend of oddities, from its art style and character designs that seem perfect for American audiences to the use of now prehistoric CGI. The latter is no surprise: the studio behind Heat Guy J, Satelight, is known for having been a pioneer of digital art, and were responsible for the first TV show composed primarily of computer generated images, Bit the Cupid in 1995. Their first TV series as a proper production company, the now (sadly) forgotten Earth Girl Arjuna, was also filled with CGI which, by today’s standards, was less than impressive. In 2001, however, it seemed to make these anime series feel a little larger than life, treading on ground which seemed reserved for Hollywood blockbusters.

An overarching theme in fan reviews is the belief that Heat Guy J attempted to ‘do too much.’ While this is spouted as a criticism, it doesn’t seem far-fetched to see it as a genuine compliment. Do we want artists and creators to feel limited, or afraid to take risks? Would we rather see the same series repurposed and repacked over and over again, or watch something utterly different and unique, warts and all? 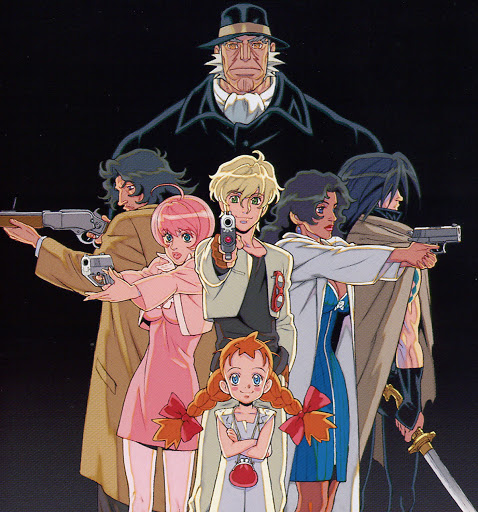 The same people who profess that the show overstepped its limited abilities are also quick to compliment its writing and, after a somewhat convoluted start, its plot. A continuing ‘issue’ is the character designs, and the dissonance between who they are, and who we think they should be, based on the visual clues we’re given. Again, this doesn’t have to be something negative: if anything, it should be an opportunity to not judge books by their cover. There’s something extra engaging about jumping into a series blind, only to find that you can’t read the characters either. It’s an added layer of mystery to an already explosive crime drama.

Is Heat Guy J even close to perfect? No. What makes it a must-watch is its missteps. There’s something fervent about it, as if through each scene, we’re getting a behind-the-scenes look at the director’s willingness to take risks. The worldbuilding is there, but missing a few pieces. The characters are engaging, but their styling seems somehow off. It’s a lesson in learning to like something messy, even if the critic in you is raging inside to complain, complain, complain.

Success doesn’t have to be measured through scores or copies sold. Sometimes, just creating something is a win. And Heat Guy J comes off as a passion project. What’s wrong with that?

Heat Guy J is currently available to stream in its entirety on Funimation.

Stars Align Did So Much Before Its Unfortunate Cancellation