No Straight Roads Will Release Digitally (and Physically) on Nintendo Switch! 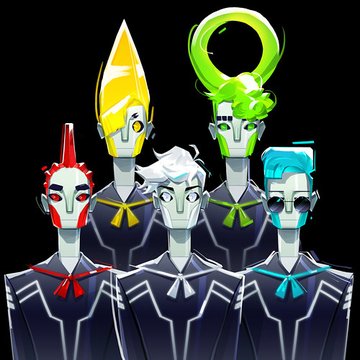 Publisher Sold Out and developer Metronomik announced today that the music-based action-adventure game, No Straight Roads, will be released on the Nintendo Switch (with a physical release as well!).

For the Nintendo Switch version of No Straight Roads, some special features will be included that take advantage of the console’s functionality. These include:

– Exclusive Assist Mode – Partner up with an additional local player to take control of the Elliegator, a secret alligator assistant who can help players in battle by picking up items, transforming props and calling in useful bonuses.
– 3-Player Co-Op – Played in conjunction with the game’s co-op mode, Assist Mode lets up to three local players experience No Straight Roads’ music-based action together, only on Nintendo Switch.
– Touchscreen Support – Use the Nintendo Switch system’s touchscreen to transform props and pick up items.
– Single Nintendo Switch Joy-Con Controller Play – Play through the entire game using a single Joy-Con, or pass the second Joy-Con to a friend to play in couch co-op.